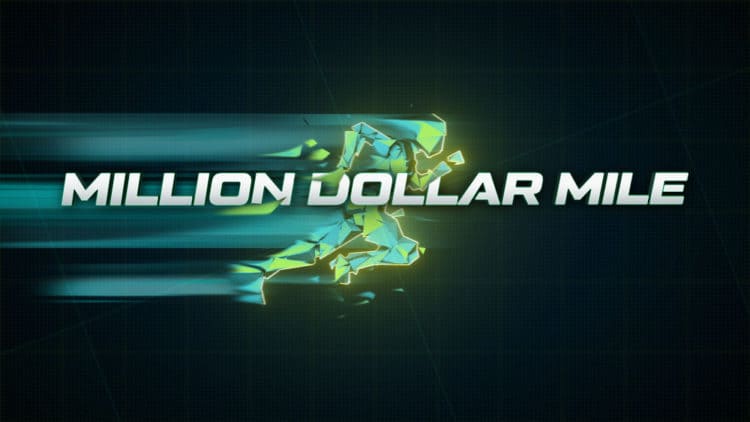 Competitive sports are thrilling to watch, and LeBron James has made it possible with another great production of Million Dollar Mile. If you are yet to be acquainted with the series, here are a few facts.

Of course the purpose of any competition is to win something, and in this case, the contestant who completes the Million Dollar Mile will get $1,000,000. According to Maverick, CEO of Springhill Entertainment, the show creates an opportunity to change contestants’ lives; a million-dollar change is quite revolutionary in anyone’s life.

2. Elite athletes will prevent a contestant from getting the prize money

Were it a smooth run, then maybe it would not be so exciting, but in the Million Dollar Mile, the twist is that the contestants will be prevented from winning the prize money at all costs by various obstacles among which are world class athletes. However, maybe to be not too harsh on the contestants, they are given a two-minute head start.

3. Contestants can choose to tackle obstacles in any order

Just like an exam in which you might start with the easy questions and finish with the difficult ones, the contestants have the choice of tackling the obstacles in whichever order they prefer. However, they must complete all of them, exit the course through scaling up a 15-storey building and zip-lining back to the stage where the final challenge to the million dollars awaits. The obstacles are “Deep Water Solo,” “Momentum,” “Flies on the Wall,” “Spiraling up” and “Bamboo Forest.”

4. The competition is open to all athletes from the U.S

If you feel like you can compete as you are being chased by a world-class athlete, then Million Dollar Mile is the right competition for you. For as long as you are 18-60 years of age, you can visit the casting page in which you will fill out details such as your name, gender, occupation and date of birth among others. You should also disclose your weaknesses and strengths in physical competitions, any appearances you have made on TV shows as well as what you think makes you an athlete.

5. All hosts have a background in sports

The Million Dollar Mile hosts include Tim Tebow as the main host, with Maria Taylor and Matt Smith as the co-hosts. Matt is an American sports radio personality who is currently on the Los Angeles Chargers as the play-by-play announcer. Maria is a host and analyst on the SEC Network and ESPN while Tim is a former quarterback on American football and currently in the New York Mets as a professional baseball outfielder.

LeBron James is behind this competition TV series, and it is no wonder the high stakes involved given his high-flying profile as NBA superstar. When LeBron said, God gave him a gift to do other things besides playing basketball, producing television shows must have been among the many gifts given that he has other upcoming series like the “Space Jam 2” and a drama series based on “Lean on Me.”

7. The show has ten defenders

Those who are charged with preventing the contestants from getting the one million dollars are defenders and come from all over the globe as Allison, an executive producer revealed. Viewers can expect a show that keeps them on the edge of their seats since the defenders are very competitive; they combine speed, strength, mental toughness and endurance that are out of this world. Some of the Defenders include Emma Chapman AKA “The Kiwi Killer” whose hometown is New Zealand and Erik Mukhametshin AKA “The Beast from the East” whose hometown is Russia. Eric holds the Guinness World Record for the highest and furthest wall flips.

8. The Show’s course will shut down Los Angeles streets

The Million Dollar Mile has led to the show’s producers transforming a few blocks of Los Angeles into one of the most challenging courses ever seen. For the contestants to compete, the streets of Los Angeles will have to be shut down.

CBS ordered “Million Dollar Mile,” which was then the series working title in 2018, from LeBron James and Springhill Entertainment, Warner Horizon Unscripted and Alternative Television and Fly on the Wall Entertainment.

Million Dollar Mile premiered on March 27, 2019, at 9 pm and will follow “The World’s Best,” another new reality program also from the network. Its first season has ten episodes.