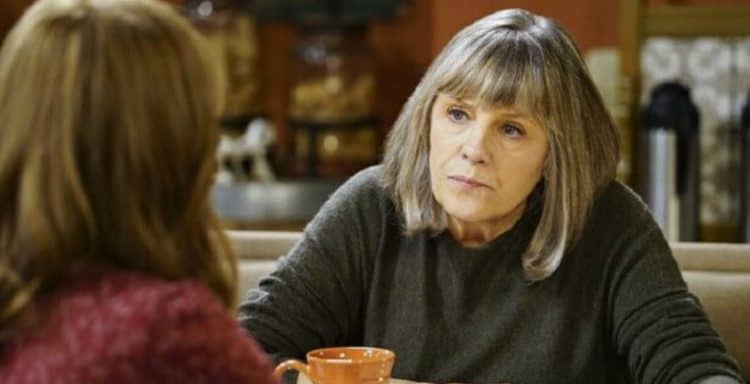 Mimi Kennedy is an American actress who is best known for her appearance as a comedienne in a variety of sitcoms, but especially for her role as Abby O’Neil from “Dharma & Greg” in the late 1990s and early 2000s. She also appeared in the role of Ruth Sloan on the television series “Homefront” from 1991 through 1993. We looked into her history and what she’s been up to now and learned some interesting facts. Here are 10 things that you probably didn’t know about Mimi Kennedy.

As of 2019, Ms. Kennedy turned 71. She was born on September 25, 1948, in Rochester New York. Her full name at birth given by her parents is Mary Claire Kennedy. Mimi is the nickname and the professional name that she has gone by for a number of years. She was born to her mother Nancy Helen Colgan, and father, Daniel Gerald Kennedy.

2. As an actress, she never had a big starring role

Mimi Kennedy has never really been the leading lady type, but she did co-star in a lot of television sitcoms that were fairly short in duration. The longest-running series’ that she appeared in was “Homefront for two seasons, and “Dharma & Greg,” for 5 seasons.

There were also five movie roles that Mimi was cast in. These include “Pump Up the Volume” in 1990, followed by “Erin Brockovich” in 2000. The following year she appeared in “In the Loop,” in 2009 “Due Date,” followed by “Midnight in Paris,” and “The Five-Year Engagement, which happened at a rate of one per year through 2012.

4. Kennedy began her career at an early age

Mimi Kennedy was only 12 years old when she first embarked on her career as an actress. As a local of the Rochester area, she joined the Rochester Community Players theater group and made her debut in “Spider Web,” by Agatha Christie. The production took place in 1960 when Mimi was only 12 years old. She continued to go to school and to graduate from Our Lady of Mercy High School in 1966. She continued her education at Smith College.

5. She appeared in Rhinegold

Mimi was cast in a part in the musical “Rhinegold.” The production features songs that were written by a personal friend of hers named Jim Steinman. For the many fans of hers who did not previously know, Mimi Kennedy got her start in acting as a stage actor, appearing in multiple different productions. It takes a great deal of concentration and focus to become proficient as a stage actor because there are no re-takes or do-overs because everything is done in front of a live audience, so you must get your lines right the first time around.

6. She met her husband through a computer dating program

Mimi Kennedy was matched with her husband Larry Dilg by one of the first-ever computer dating programs. It was in 1966 and the program was called “Operation Match.” This was before online dating and computer-based matching programs really became a thing so it makes their relationship all the more unique. It appears that she was a trendsetter and in some ways, ahead of her time when it comes to being progressive. After meeting, the couple dated for nearly 12 years before they finally married in 1978. They have two children together.

7. She is not the only actress in her family

We also learned another bit of trivia about Mimi Kennedy. She has a cousin who was also a well-known actress. She is the cousin of Ruth Warrick. Ruth was best known for being the ‘castoff Mr.s Citizen Kane,” and she appeared in the long-running television soap opera “All My Children” as Phoebe Tyler Wallingford. Ms. Warrick passed away in 2005 from complications due to pneumonia.

Ms. Kennedy also appeared on Broadway in the original company of “Grease.” What is so significant about this fact is that the productions she was involved in just happened to be among the longest-running musicals in the history of Broadway.

9. She was almost cast on SNL

Many of us still remember Jane Curtin from the cast of Saturday Night Live. She was an original member of the cast from 1975. As it turns out, Mimi Kennedy was also a very popular comedienne at the time, and she was being considered for a part on the regular and original cast. She didn’t get the spot as Jane Curtain was chosen in her stead. Although it would likely have skyrocketed her to fame in the comedy genre, she continued in other gigs and she appeared in a variety of supporting roles in television and a few in film. Although the roles were not huge, in most cases, she was still a popular supporting actress and she appeared in “Knot’s Landing: Where There’s a Will, There’s a Way,” in 1991. Interestingly, she was cast in the role of the mother of one of the characters who just happened to be only twelve years her junior.

10. She is still going strong in the business

Mimi Kennedy has her own website and we dropped in to see what she’s been up to most recently. At the age of 71, she is still going strong and he is an actress who is still in demand. She’s been in the business for four decades and she is currently appearing as Marjorie in the television comedy “MOM.” She was nominated for a Critics Choice Award for Best Guest Performer in a Comedy Series for her contributions to the show. She is also an activist who promotes Election Integrity and advises local and federal officials about ways to ensure the accessibility, auditability, transparency, and security of election processes, as well as advocating for women and children’s rights, world peace and nonviolence. She is also a well-known and respected author who released her memoir “Taken To The Stage.” If you’re interested in keeping up with what’s trending in her life and career, you can find Mimi Kennedy on Facebook, Twitter, and Instagram.