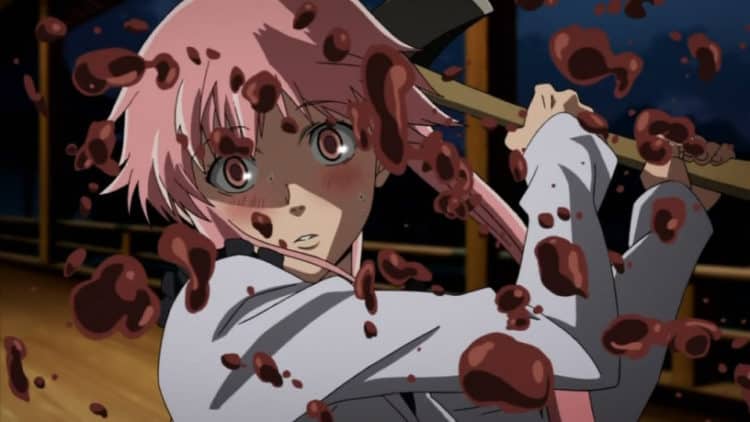 For those who truly enjoy the world anime, there is no shortage of productions that examine realities in almost every genre of film production. There is action, drama, and even horror. When it comes to horror, one of the cult favorites is Mirai Nikki. While the named does not seem to lend much to understanding the nature of the show’s theme, the series takes you on an odyssey that brings it all together, somewhat. For many people who are entering the world of anime, it is important to be up to speed on series and franchise connects if you want everything to make sense. These creators and writers go to great lengths to create these subtle connections that force viewers to pay attention to the slightest details. To help you familiarize yourself with Mirai Nikki, I compiled 10 simple facts that you probably didn’t know.

1. The Names of the Main Character Were Based on Roman Gods

Yuno, Yukiteru, and Minene are all names that have a connection to Roman mythology. Yukiteru’s name is based on the God Jupiter. There is a subtle connection throughout the series. Yuno was based on the God Juno and Minene’s name is a variation of Minerva. What is important is that these three Roman Gods were the most powerful of all of the Gods. Also, all three of the character’s ultimately become Gods themselves.

2. There is a Power Ranger Reference

Who cannot remember the popularity of the Power Rangers during the 1990s? Obviously, at least one of the writers for Mirai Nikki didn’t. The 12th’s clothing is a direct reference to the power rangers. The connection can easily be made when observing the colors of the clothing. This is very common in anime. That is what makes them so much fun – the ability to revisit stories that are seemingly separate.

3. The Staff at Boku No Pico Created Future Diary Along with FMA

Another unique element of anime is how they are able to create alternate universes that exist simultaneously. What appears to have no connection at all is often highly related to some other production. The staff of Boku No Pico decided to create Future Diary and FMA at the same time. There are two different stories but there are connections if you look for them.

4. The Theme Song for Yukiteru and Yuno are Sung by The Voice Actors

There is a time when voiceover actors are extremely talented like Eddie Murphy, being able to not only produce the acting element of the character but provide the musical interpolation as way. As it turns out, the actors who voice Yuki and Yuno are such performers as they are the ones who actually sing the theme song, “My Wish Lives.”

If you spend any time on the internet, you aware that you have to be careful with the photos you publish because that photo can become an instant meme at any time. These types of memes are what is known as unofficial memes. The face of Yuno is actually available online to be reproduced in meme form. There are multiple templates that users can use to create all types of memes.

6. A Hint of Akise’s True Origin

In order to get the deeper hidden messages in anime, you have to be willing to conduct a little external research. For instance, Aru means “exist,” and it also provides a very powerful hint as to the origin of Akise’s, something that is highly ambiguous on the surface. There is so much to be found in a person’s name in real life and this also rings true in anime.

7. The Series Also Has a Video Game

Anime and gaming are very popular among millennials and it only makes sense that the creators of Mirai Nikki to find a way to integrate the gaming world into the movement. There is a corresponding game entitled “Future Diary: The 13th Diary Holder.” The character in the game is a young girl who possesses the video diary and users play the game as the girl. That is my story and I am sticking to it.

8. The Roles Vary Based on The Language

While most production attempt to use the same actors to create multiple language versions, it is not always possible, especially when it comes to English and Japanese. What is funny about this little nuance is that in the Japanese version, Akise’s voice is deeper than Yuki’s, but in the English version, it is the other way around. This is only a problem for someone is bilingual in English and Japanese.

9. Tsubaki Has a Crush on Akise in the Third World

Remember that I mentioned the existence of the alternate universe in which characters exist in different realities. Well, in the Third World, it is revealed that Tsubaki has a major crush on Akise. It is not clear how these alternate realities impact one another, or least I haven’t been able to discover it.

Sometimes it can be easy to forget that these are not necessarily shows that you want to expose your kids to. Everything that is animated is not meant to be consumed by kids and that is definitely the case with Mirai Nikki. As it turns out, it is foreshadowed that Yuno will commit suicide in both of the openings. There are other dark notes as well.