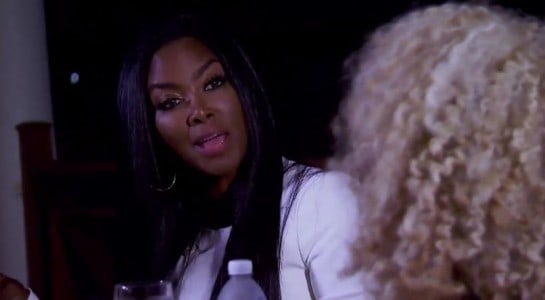 There are many reality TV shows out there, but the Real Housewives is one where there are constantly new instalments that appear or they are attempted by producers where affluent housewives are shown in different places. Already the show has appeared in Orange County, New York, Atlanta, New Jersey, Washington DC, Miami, Dallas, and several other places. But what about other US cities? Where else should this reality TV show appear? Here in this article is a list of 10 cities where the Real Housewives should appear.

Already seen as a rich city where people gamble all the time, Las Vegas is bound to be a popular addition to the Real Housewives saga, so how hard can it be? Well, in 2012 a spinoff starring six women from Las Vegas was due to be produced, but it never happened according to an article written by the Las Vegas Sun, though many people would like to see it happen because of the glittery glamour of Las Vegas. But apparently, the wives of Las Vegas are not flamboyant or jealous of one another to make the show word, according to another article, this time it was written by Best of Vegas, which is what viewers WANT to see.

Letâ€™s face it, the Real Housewives is a show that exclusively shows off wives with lavish lifestyles, and the show can easily find wealthy women who are part of the social scene. With the many things that can be done in Hawaii, it wouldnâ€™t be difficult for the show to find a niche on the island.

The polar opposite of island life and warmer climates, Alaska is definitely a city with a strong personality, which is what the show is looking for according to an article on Real Housewivesâ€™s future, so it would be fascinating to see how the rich and glamorous women in Alaska take to the show with their dramatic lives.

According to this article on Yahoo! finance, it is possible this city will be given the Real Housewives treatment. It makes sense – while the city has gone through its fair share of struggles in the past, nothing has dampened New Orleans vibrancy, rich culture which only grows bigger and bigger as the city continues to expand. Jazz and amazing food only make the city even richer. So are the millionaires wandering around, so why not? It might happen, given the strength of New Orleanâ€™s personality, which can be seen in this video where Harry Corrnick Jr is interviewing Andy Cohen, and Cohen is positive it would happen.

While this page on Yelp has ordinary people debating about the possibility of having Real Housewives shown – one person even has a small list of potential wives which would excellent, while others have made other suggestions for where the show can be shown, San Francisco is still a great city. True – it might have gained a bit of a reputation for counter-culture over the years, but that doesnâ€™t mean the city is still not the home of wealthy people, and with the shows love for drama and friction between the housewives, it is bound to be a hit.

Well known for its rainy weather, the chances of stormy fights between the housewives if one branch of the show is set in Seattle. Like every city, there are millionaires in Seattle with wives flashing their money around the city. According to this article in the Seattle Met Bravo networksâ€™ own Shari Levine who is the vice president confirms the possibility of using Seattle to shoot Real Housewives, the only problem they have is finding the right wives for it. Although some people are not one hundred per cent certain of this. (See below)

Located near Washington, which has already been done by Real Housewives, a sociologist professor at Seattle University has claimed in the article above in the Seattle met this city would be better than Seattle because of the wealth of Bellevue compared to the wealth present in Seattle. Maybe it would, but maybe it would also give Real Housewives another chance in the DC area where there would be more drama.

As a city which has a great deal of history in the United States, Boston is a logical place for The Real Housewives to be set; its the largest, most populous city of Massachusetts, and is one of the oldest cities of America. According to this article in Bustle, Boston is one of the places in the USA for Bravo to set the show since it is likely the wives will argue over anything from a dinner at a party to shopping in a mall. Many families, according to this article written by MTV, live off of the fortunes made by their ancestors, and its almost positive to the writer the best way there would be conflict on the show would be if the Housewives will be at the centre of a war between the old money and the new money coming into Boston.

In this article from Daily Break, Orlando is a perfect place to locate The Real Housewives. With Disney higher-ups from chairmen and execs married, the Housewives are bound to be friendly with one another as they have wealth in common with one another, leading to various feuds which gives the show its rhythm.

Very few reality TV shows are set in Chicago, and the people there have to admit that cities in the Midwest have never been popular on them. According to the same MTV article above, it is possible that Chicago would be the city most considered for the Real Housewives; it has a larger population with wealthy people there, and according to the article it is bound to have colorful housewives residing there, and the article notes these housewives will certainly be different from those who have come before.