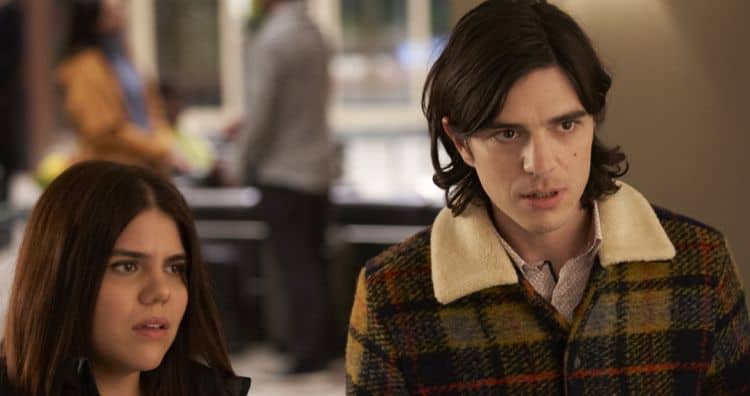 Morgan Krantz is a prime example of someone who can do it all. Although he is best-known for his acting, he has also done a lot of other behind the scenes work including writing, editing, directing, and producing. He has even been a part of the sound department. Sure, all of these things are a lot to juggle, but Morgan does it all with style, grace, and skill. If you’re not familiar with his work, the CW series In The Dark is the perfect way to get acquainted. Morgan’s character, Felix, allows the actor to show just how talented he is. Keep reading for 10 things you didn’t know about Morgan Krantz.

1. His Mother Is An Actress

Morgan’s first lessons on how to entertain a crowd came from his mother, Romy Windsor. She has has a very successful career and many people would consider her a legend in the industry. Romy has been acting since the early 80s and has an impressive list of credits that includes roles in shows like Silk Stalkings and Murder One.

At this stage in the game, Morgan has seen the industry from almost every angle. Very early on in his career, Morgan worked on several commercials. But these just weren’t any commercials. He got the chance to work with some very big brands including Sprint, Axe, and Verizon.

3. He Released His Own Film

While his work as an actor is definitely impressive, Morgan’s biggest accomplishment to date is the release of the film, Babysitter, which he wrote, directed, and produced. The film premiered at SXSW in 2015 and essentially put Morgan Krantz on the map.

When it’s all said and done, Morgan will be able to say that he’s literally done it all. Just when you thought Morgan Krantz’ resume couldn’t get any more impressive – boom, you find out about some other cool thing that he’s done. Several years ago, Morgan was also a model who worked for American Apparel.

5. He Created A Web Series

Morgan Krantz is a creative person in every sense of the word. In 2015, he created and released a web series on YouTube called Neurotica. As the name suggests, the show was about the inner workings of a very neurotic character played by Krantz. He released 9 episodes of the show with the final one being uploaded in February 2018. It’s unclear whether or not he plans to upload any additional episodes.

6. He Draws On His Own Experiences For Inspiration

Creative people draw on all sorts of different things for inspiration. Morgan Krantz prefers to use his own experiences to help him tell stories. In an interview to discuss his film, Babysitter, he said, “t’s a composite of elements of my adolescence, not so much in the events as in the characters. A lot of the characters are based on more than one person, but I was using real people or a hybrid of real people and fictional characters. I wanted to make a personal movie, because they say write what you know.”

7. He Didn’t Go To Film School

Making a film isn’t an easy task. It’s something that most filmmakers spend years in school trying to learn how to do. However, Morgan decided to take a more nontraditional path. He never attended film school and learned things on his own as he tried different things.

The popular video platform, YouTube, was released in 2005. Morgan Krantz joined a year later. Although he never quite became a successful YouTuber, he did upload a few videos to his channel – some dating as far back as 10 years ago.

There’s no doubt that where you’re located plays a big role in your success as an actor. If you come from a small place with little opportunity, you’ll have eventually have to move or you’ll end up limiting yourself. Fortunately, Morgan Krantz was born and raised in Los Angeles which allowed him to be in the middle of all the action.

Even though he’s only 33-years-old, Morgan isn’t a new comer by any means. He began working in entertainment when he was just a teenager and got his first writing job working as an assistant to a comedy writer. There’s no denying the fact that this job played a big role in his professional development.