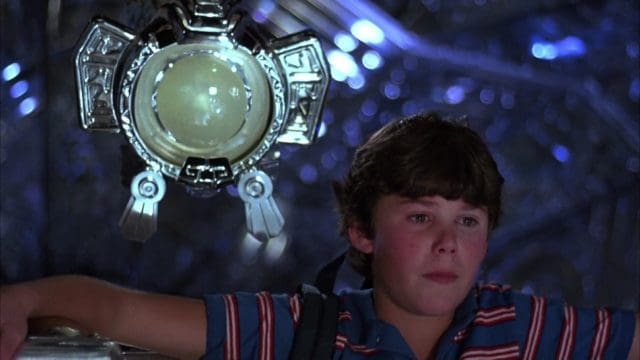 ‘Flight of the Navigator’ was a hugely popular hit during the 1980s. Now, this alien abduction movie is getting a remake. The science fiction adventure film was originally released in 1986.It was directed by Randal Kleiser and co-written by Michael Burton, Mark H. Baker, and Matt MacManus. The premise of the movie is a 12-year-old-boy, played by Joey Cramer, who is abducted in 1978 by an alien spaceship. When he returns, it is 1986 and he finds himself in a new world that has changed around him.

The movie also starred Paul Reubens as the voice of Max, Cliff DeYoung as Bill Freeman, and Veronica Cartwright as Helen Freeman. It grossed almost $18.6 million from a budget of $9 million. To remake the film now makes sense as there has been a resurgence of this genre of film and television and it is increasing in popularity. ‘Stranger Things’ and ‘It’ are the perfect examples of this genre of media that has gained a huge following.

The Hollywood Reporter has revealed that Joe Henderson is set to write the script for the reboot. Henderson is currently the showrunner on the Fox series ‘Lucifer’, but he is putting this project on hold while he writes the new script. It has not yet been revealed whether Henderson will change the storyline in any way or if the movie will be set in the present day or in the future. This is not the first time a reboot of the movie has been considered. The original movie was a Disney creation and Disney themselves briefly talked about remaking the film in 2009. They hired Brad Copeland to write the script for the remake and Mandeville partners Todd Lieberman and David Hoberman got involved as the producers.

The project didn’t immediately take off, but Disney revisited the idea in 2012. This time, they hired writer and producer Derek Connelly to rewrite the script in collaboration with Colin Trevorrow, who is the director of ‘Safety Not Guaranteed’.

In addition to the involvement of Joe Henderson, it has also been revealed that both Lionsgate and The Jim Henson Company will be getting involved with the reboot. The Jim Henson Company is massively successful in the family entertainment sector, so their involvement should increase the chances of this project taking off and becoming a success. The involvement of Lionsgate also increases the chances of this remake finally making it onto the screen as they are one of the biggest and most successful production and distribution companies in the United States.

Hopefully, it will be third time lucky for a remake as the time seems right for a movie involving both a teenager and aliens. Current trends within both the movie and television industries would suggest that this movie is something that will appeal to viewers. The names linked to the project thus far also indicate that a remake could really happen this time. Although the film is now in pre-production, details of who is directing the movie and who will star in the leading roles have not yet been released.