Home
Movies
Movies That Could Use a Reboot: Nothing but Trouble 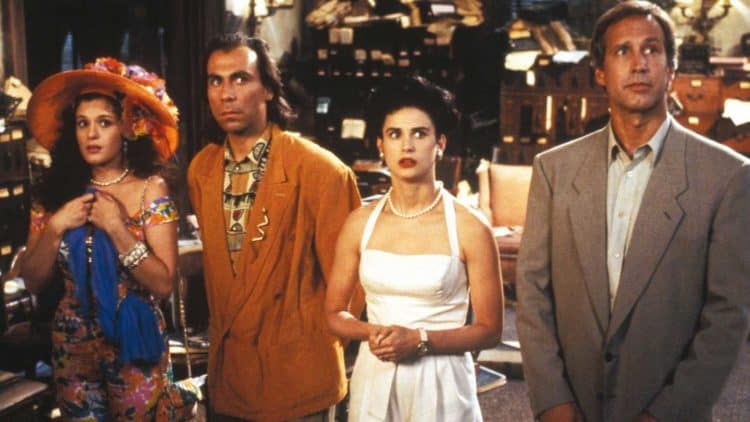 In terms of being outlandish, Nothing but Trouble was certainly able to take that tile and run with it since the whole premise was something that just reeked of crazy, which made it perfect for the 90s since it was helping to establish an identity for the decade, even if it was still more or less building it up and had kind of an 80s feel to it. There’s likely enough problematic content in the movie as it stands that it might have to be adjusted a bit for the current era, but all in all the prospect of finding a small, out of the way village in today’s society, especially since it doesn’t feel as possible today considering the onset of technology and the ability to find just where we are at any given moment. Plus, the idea of a hidden village tucked away in the USA at this point isn’t an alien thought to a lot of people, quite a few people have seen Wrong Turn or House of Wax and know that there’s definitely a way that small communities can be forgotten and simply pushed off the map. But bringing back a movie such as this would take some finesse and some definite skill since it’s not exactly a well-known movie to a lot of people in this day and age, at least not those that have grown up thinking the 90s happened a long time ago. Yes, it’s time to feel just a little bit old.

In an era when reboots have become the big thing this might deserve at least a second look since the story itself is fairly crazy and might be the kind of thing that people would gladly accept simply because it’s an idea that hasn’t been seen in a while and the fact is that finding anything in this country that goes beyond the social norms that people expect to see is usually held up as an oddity that folks will want to gawk at. The mere idea might carry a few negative connotations but if anyone remembers the movies back in the 90s, and a lot of us do, then it might be time to embrace the madness in a good way again while seeking to bring this movie back to audiences that actually enjoyed the edgy feel of the decade. There was still a shift occurring in the early 90s when it came to the movies asÂ  they were transitioning away from the very notable 80s feel into something else that was definitely sleeker but still carried around a bit of a clunky feel every now and then as actors that were either past their prime or getting there were starting to turn out movies that were no longer quite as popular but at the same time weren’t bound for video shelves immediately upon release. If a person watches a few iconic movies from each decade they’ll be able to notice this shift since it’s not all that hard to spot at times. It’s not so much the quality of the movie as it is the feel, as movies in every decade tend to conform more to the social norms and attitudes that are currently being expressed and held by a wide number of people. This is after all a big part of what helps to make movies popular, especially modern pictures, since the producers are playing to the most current audience unless they’re making a period piece.

One can only imagine what a reboot of this movie would be like and if whoever took hold of it would keep to the original plot or if they’d find some way to enhance or change it just enough to make it work for the current era. There are still plenty of plot points that might work since one among them, the fact that the city cops knew about Judge Alvin and his schemes, is something that people could still enjoy since it reeks of conspiracy, which a lot of folks jump on without question. When thinking who to bring in for the movie however it does feel as though Chevy Chase, Demi Moore, and Dan Aykroyd would be best to utilize in some fashion, if not for their original roles then at least for cameos that could help further the story. As much as it would be great to see them all assume their roles and watch a continuation, and I can’t believe I’m saying this, it would probably be best to reboot the whole movie and bring the original actors in as minor players or just for a quick cameo, much a Dan Aykroyd did with Ghostbusters in 2016 and Chevy Chase did in Vacation with Ed Helms. This movie could be just as insane and funny again, it would simply take someone with enough knowledge of the source and the nerve to do it.