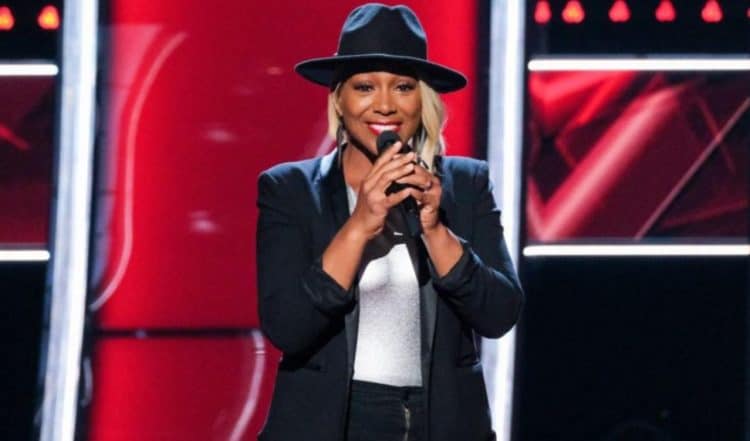 Myracle Holloway gained national attention for her amazing singing voice when she appeared as a contestant on the nationally televised show “The Voice.” She has blown viewers away with her powerful vocals and she has collected a huge gathering of fans since she made her initial debut at the blind auditions for the 2019 season. It has been a long and intense battle but she’s maintained her composure wonderfully and Myracle has now advanced one more step to become one of the final thirteen contestants vying for the top prize. Here are 10 things that we learned about Myracle that you might not know.

1. She was discovered by a music legend

Myracle has had a passion for singing and the raw talent to go along with it since she was a small child. At the age of 7, she joined the children’s choir which gave her an outlet for her musical expression. She continued singing and she developed her talents early on in life. She entered singing competitions and was discovered after she completed high school. Philip Bailey of Earth, Wind & Fire was impressed with her abilities. He was so moved by her talent that he extended an invitation for Myracle to join him and his band on a tour.

2. Baggage from the past resurfaced

It seemed that Myracle had the world on a string with the successful direction that her career was taking. One thing that prevented her from fully realizing real success was the depression that led to her abuse of substances. It caused her to leave music to get into therapy. She was dealing with issues and emotional trauma that resurfaced from abuse that she had faced in her past. This interfered with her life and caused her to get derailed from her musical career.

3. She’s getting her second chance

Although things started out very well for Myracle, the problems that took her away from her emerging career were things that she had to deal with. She found comfort through worship and she relocated to Tulsa, Oklahoma as a part of her journey through recovery. When she turned chairs in the blind audition of the voice she started a new phase in her life and she has been given a second chance to pursue her music career that had been put on hold for so long.

Myracle Holloway is a native of Los Angeles, California. She left her home city as a part of her recovery journey. She enrolled in courses at the Victory Bible College in Tulsa, Oklahoma. This is why she made the move. She didn’t just choose a random place to go. She did a lot of research in the area and the school. She also has a friend who is from the Tulsa area and her friend recommended the school. After being there for a year she moved back to LA, then went back for a second round to complete school. When she was chosen as a participant in “The Voice” competitions, she had to put her school on hold once again.

5. Fate put her in the right place at the right time

Myracle was attending classes in Tulsa at the time that blind auditions were being held for “The Voice.” This was an event that would change the trajectory of Myracle’s life. Holloway shared that the first audition was held in Missouri and it was close enough for her to drive there. She believes that it was a combination of auditioning in front of those people at that time that presented the opportunity that she is now busy pursuing. It’s like everything came together at just the ideal time.

6. She misses aspects of Tulsa

Holloway was raised in a big city and moving to Tulsa for a few brief stints was a big change of pace. She acknowledges that there are some things about the area that she definitely misses. She was attending the Transformation Church in Tulsa and this is one of the things that she misses about it. She also liked the fact that it was more laid back.

Myracle Holloway has a heart that makes her want to help others. She heard an Adele song called “Hello” and it inspired her to do a re-write that she titled “Hello, God It’s Me.” The song went viral on Facebook. She went on to say that she doesn’t make a habit of rewriting the songs that have been written by others but this one inspired her. It became so popular that it has been used in campaigns for suicide prevention.

8. She is basking in the moment

Myracle has been asked how she is feeling these days. She has been through a lot in her life and some of her experiences have been challenging and some have wondered how she is holding up under the stiff competition. She responded by saying she feels “great, blessed, grateful, and honored.” She sees this as her moment and it’s been a long time in the making. She said that she is “just seizing the moment.”

Whether Holloway wins the number one spot in the competition or not, she is already a winner. Making it so far into the final rounds is a big accomplishment. She’s gained a lot of followers who love her music. We don’t think she’ll have any trouble finding work.

10. A pastor gave her the name Myracle

When asked where her name came from, Holloway shared that it was given to her by a pastor who was familiar with her life story. She had endured so much abuse as a child and through her teen years that he saw her as a miracle. This is her legal name now.