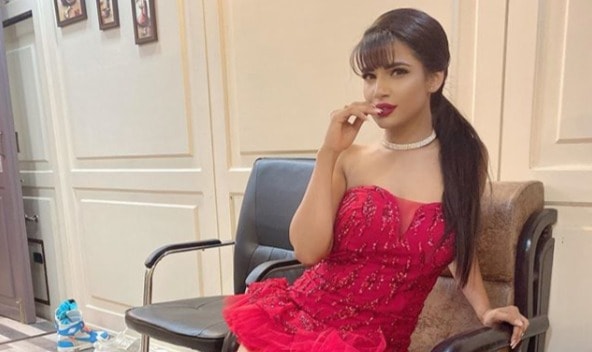 At such a young age, Naina Singh has built a successful television career that started with being on a reality show. She now is on “Kumkum Bhagya,” a famous Indian television series that has made her a household name. Her beauty and slim figure have also enabled her to have a great modeling career that dates back to her college days. Let’s see if there is something more you can learn about her from these facts below.

“Splitsvilla” is reputed as the second most famous MTV reality television show after “Roadies.” It premiered in 2008, and in season 10, Naina and Baseer Ali were crowned the winners. In that season, ten boys and ten girls were searching for true love, and since the theme was “Experiment of Love,” they were there to prove if love can be found on a social experiment. The winners get not just the title of King and Queen but also a substantial amount of prize money.

2. Her relationship with Baseer Ali

Naina did not choose a partner on the show, but she feels lucky to have been paired up with Baseer. She confessed that she could not have made it in the show without the support of Baseer. They were friends from the first day, and by the time the show ended, they had grown to become best friends, which Naina hoped to maintain. She described Baseer as her spine, supporting her whenever her world was crumbling.

Although “Splitsvilla” was all about two people finding love, Naina and Baseer did not think they were perfect fir each other despite being crowned the winners. Naina therefore allegedly found love in another contestant, Akash Chaudhary, who was eliminated in the 14th episode. She had previously stated that she loved Akash as a friend, but considering the amount of time the two spend together, fans speculated as to whether the two were dating. Many sources claim that they are a couple, and the photos they share on their respective Instagram accounts seem to confirm the suspicions.

Soccer, or if you prefer, football is the famous sports worldwide, and the most-watched sports league is the English Premier League. For Naina, she does not care much about the English Premier League, but if Paris-Saint Germain is playing, she will be the first to buy a ticket. According to Highlights India, her favorite player is Neymar da Silva Santos Junior. Neymar is a Brazilian but plays professionally for the French club and is highly regarded among the best football players.

The actress enjoys Bollywood movies, and the actor who ranks top of her list of favorites is Shah Rukh Khan. The male actor is recognized for his many accolades, including winning Filmfare Awards. He also prides himself as not just an actor but a philanthropist and producer as well. In the Hollywood film industry, Naina cannot get enough of Johnny Depp movies. Unfortunately, Naina might have to pick another role model since Johnny has fallen from grace, and his star dimmed after multiple lawsuits claiming he does not pay his employees and creates a toxic working environment for them. She also has two actresses whose work she loves: Sara Ali Khan and Katrina Kaif.

6. How Sunny Leone inspired her

Before her time on “Splitsvilla,” Naina did not have any Bollywood celebrities who inspired her. However, the minute she met Sunny Leone, Naina felt she had found someone to look up to because Sunny turned out to be a true friend. Therefore whenever Naina was nervous during a performance or missing her family, Sunny took her hand and encouraged her to continue doing her best. Naina adds in her interview with IB Times that Sunny went to all lengths, including making Naina wear a T-shirt after returning from a task to boost her morale. She attributed her winning to Sunny and Rann.

7. Her mother was rooting for her

When Naina decided to participate in the reality show, her mother was sure that she would not last a week before quitting. However, it is the duty to encourage their children to follow their hearts, and Naina’s mother, therefore, motivated Naina telling her that if indeed she lasted a week, then the trophy was hers for the taking. Her words came true, and it must have been great for Naina to live up to her mother’s prophecy.

8. She likes to keep her life private

Unlike most celebrities whose lives are an open book, Naina’s life is hidden from the prying eyes of paparazzi. Most details about her are merely speculations; for instance, her net worth is not known, and her education background is also a mystery. The actress does not talk about her family, although the names of her parents are known; however, her brother’s name remains undisclosed. Moreover, her dating life before being on the reality show was also unknown.

The actress who is also a model knows how to pose for the camera. Her Instagram is loaded with pictures of her in different outfits proving that she can look good anything, be it a saree or a crop top paired with shorts. Her fashion sense has resulted in her winning the most stylish diva contest; seeing the poses she has on Instagram, it is evident that she does not mind suggestive poses. Naina also prefers showing off her flawless skin and long legs in bikinis and maxi dresses that have a long slit going up to her thighs.

Naina loves to travel and has been all over the world, including Paris, Amsterdam, and Lisbon, but her favorite destination is Goa. As seen from her social media account, the actress loves to party with friends. Being a model, it is no surprise that she loves shopping, perhaps to keep up with the trend and maintain her title of the most stylish diva. Although Naina looks good in any color, she prefers red and black.