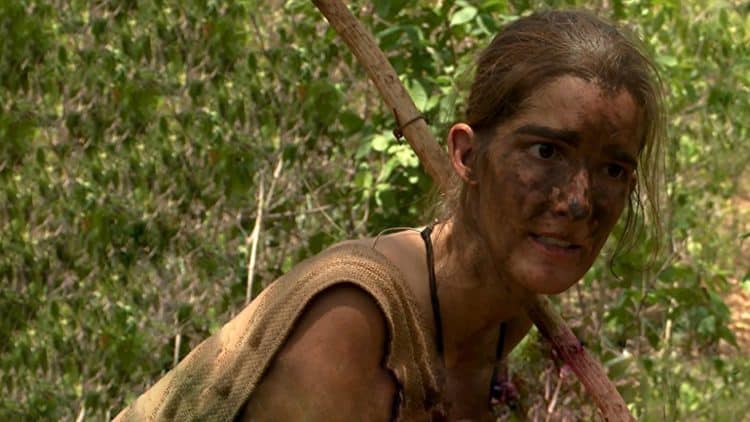 However you feel about the show Naked and Afraid there are some very obvious things that do have to happen on the show and some rules that the contestants have to follow. The program is pretty simple, two individuals are dumped in the wild and forced to endure for the duration of the show by fending for themselves in the outdoors. The contestants are given at least some survival training and the screening process is usually good enough that they’re not dumping couch potatoes that couldn’t hunt for a bag of chips without a GPS into the wild, but it can still get pretty brutal. But for all that the show is still a show and there are some facts that make it obvious that it’s dangerous, but not typically life-threatening. Despite the few accidents that have happened and the very real dangers that do exist, the show is yet another way to gain viewers and increase ratings.

There, that’s one fact, here are some others.

10. Contestants have to be a US citizen and at least 18 years old.

This makes a lot of sense considering that it would be illegal to show a naked, underage teen and even if it were legal the amount of venom spewed at the show would increase a hundredfold no doubt. Plus since it’s a US-based show it also makes a lot of sense that they want legal American citizens to be broadcast.

9. The contestants are left an emergency radio.

There is some danger to the show but at the very least the contestants have a way of communicating with the producers if they’re in dire need. But then again they do have a camera crew that follows them all over the place so it’s not like they’re alone.

This would be a big no-no on a lot of shows that deal with possible trauma of any kind. If a person is prone to having strokes, seizures, or has a heart condition there’s no way that the show could ethically cast them, unless they wanted to get lambasted by critics and fans alike.

7. The contestants are compensated for their time.

There’s always the discussion of whether they get paid or not, but apparently the contestants do get compensated about $5,000 each, not as much as they might get paid if they stayed at home and worked but still more than absolute zero. It’s kind of a trade-off since winning the show is really the prize no matter what is said about it.

6. The women do get sanitary products.

Just so it’s clear, women do in fact have feminine products provided to them since the show is not about to go total savage. The last thing anyone wants to see is a woman suffering through her monthlies as this would not only seem too raw for TV but would likely draw the ire of feminist groups all over the nation.

5. Whatever happens in the wild is up to the contestants to deal with, within reason.

There have been cases of food poisoning, broken bones, and even a case of Dengue fever at one point on the show, but the contestants, while being given the option to opt out and go home, have for the most part stuck it out. If there was a serious accident or condition in which the show had to take them out however it’s fair to assume that there would be little to no choice. There’s no call for someone dying on network TV.

4. The contestants can make requests now and again.

Those requests have to be in reason, but one of the oddest came from male contestants that asked if the blurred pixels covering their manhood could be made any bigger to compensate for, well, you know. Either someone thought highly of themselves or they actually did need it.

3. Obviously there’s no interaction with civilization.

Well technically there’s not supposed to be. The show takes place not that far from civilization and some contestants have even stated that they could hear the sounds of said civilization off in the distance. So it’s not as isolated as it looks, but the idea is to make it seem as though they’re out in the wild and having to rough it.

2. There’s no real rule about hooking up, but it doesn’t typically happen.

The last thing you really want to think about doing when you’re dirty, hungry, possibly covered with bug bites and otherwise miserable is take a pleasurable romp in the grass or the mud. There’s been talk and many questions about contestants hooking up, but most of them have said that this is just not where the mind goes when you’re sleeping out in the wild.

1. The contestants aren’t supposed to reveal what goes on during the show.

They’re not supposed to but the temptation is obviously way too great. There have been lawsuits filed against a few of them that decided to step up and say what they had to say about the show.

If they wanted to complain however they probably didn’t think the idea of going on the show all the way through.