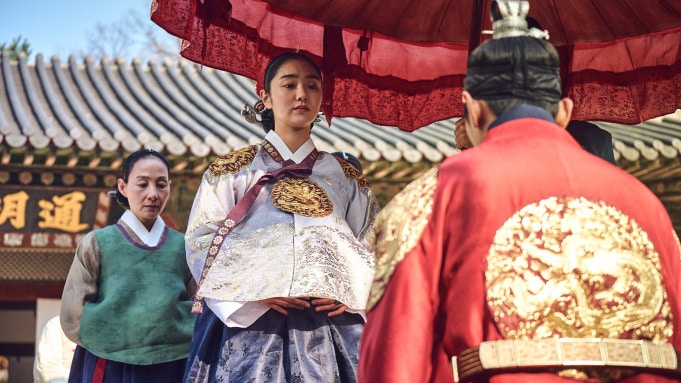 It seems that just about everyone with a pulse has heard of Netflix. What started as a way to rent DVDs over two decades ago has now turned into one of the largest streaming video services on the face of the planet. Available in countries around the world, the service has revolutionized the way that millions of people watch television today. Netflix is also effectively bridging the cultural divide when it comes to television shows. Whereas network TV is often limited in terms of the type of shows that it puts on the schedule, Netflix has no such limitation. It can put on shows from a variety of countries and gauge the interest level of the audience in terms of how many subscribers start to tune into a particular show. One genre that has become increasingly popular in the last few years is Korean television. There are a number of different shows that have become a hit with the international market, including viewers in North America and throughout Europe. As a result, the service is now adding a bunch of Korean original programming to its library. Continue reading to learn more.

What is Netflix Doing Exactly?

Many people have long wondered how Netflix determines what content to put on their service. While it would be nice to just have everything ever created be available online when users wanted to watch it, the reality is much different. As Netflix must pay the original creator of the show a certain royalty every year that the show is available on its service, this limits the number of options substantially. That is why Netflix works hard to determine which types of shows will be a hit with its global fan base and then it works to negotiate the best financial deal possible that will enable those shows to remain on the service. In terms of Korean show, they have been a hit thus far. There are a number of Korean original television shows that the streaming service has now ordered subsequent season of. In addition, some new shows are also about to be added to the lineup. For example, Kingdom has been a hit and it now slated for a second season on Netflix.

You. Might never have heard of the hit South Korean series Kingdom. Perhaps this will give you a good reason to give it a serious viewing on Netflix. It is the first original Korean series specifically produced by Netflix. It made its debut in January of 2019 and was a resounding success. The series has already been renewed for a second season. This is a show that is an adaptation of The Kingdom of the Gods, which was a comic series developed specifically for the Internet. It was authored and drawn by to individuals for Korea. The series has already received numerous positive reviews, so the future appears to be bright. Just to whet your appetite, let us tell you that the series is set during the Joseon period. This is a part of medieval history that is important to Koreans. You will learn about the Crown Prince Yi-Chang. He is involved in a political conspiracy that may lead to a coup. Because of this, he must go to find out all about a mysterious plague that had invaded the current emperor and many of the inhabitants in the southern region of the Kingdom.

When you first start watching this show, you will notice a billboard that contains a message in Korean. It claims the king of Josean has actually passed away that an immediate crowning of the Crown Prince should take place. He should become the new king. The thing is that the king is not actually dead. He is just inside the palace and is very sick. He has been receiving treatment of a secret for 10 days now, with no relief having come his way. Because of this billboard, the Crown Prince actually sneaks into the Palace to try to learn the truth. Instead of finding anything out, he ends up coming face to a face with a monster. This is where the show really begins to take off. It is a brilliant storyline that really captivates the viewer. It is distinctly Korean, which allows viewers to get a glimpse of a culture that they might not be familiar with. The second season will come out in 2020 and is already being eagerly anticipated.

It seems that just about everyone with a pulse has heard of Netflix. What started as a way to rent DVDs over two decades ago has now turned into one of the largest streaming video services on the face of the planet. Available in countries around the world, the service has revolutionized the way that millions of people watch television today. Netflix is also effectively bridging the cultural divide when it comes to television shows.

It is not only Kingdom where Netflix is putting it focus. The online streaming service has recently ordered for Korean series such as Park Narae: Glamor Warning, My Holo Love, and Extracurricular. The latter is actually the story of some high school students in Korea who end having a number of different conflicts. The show allows them as they work through their various issues and have their morals challenged.

Netflix has also ordered more shows of Round Six. This follows a bunch of people who end up failing at life. We learn why this is the case, but each person receives an invitation to then participate in a game of survival. The winner of the game will take home $10 million, which is certainly enough to change their fortunes. Another Korean series in The School Nurse Files is also coming soon. Keep your eyes peeled for Korean shows on Netflix and see what you think. You might just find that you become a huge fan.