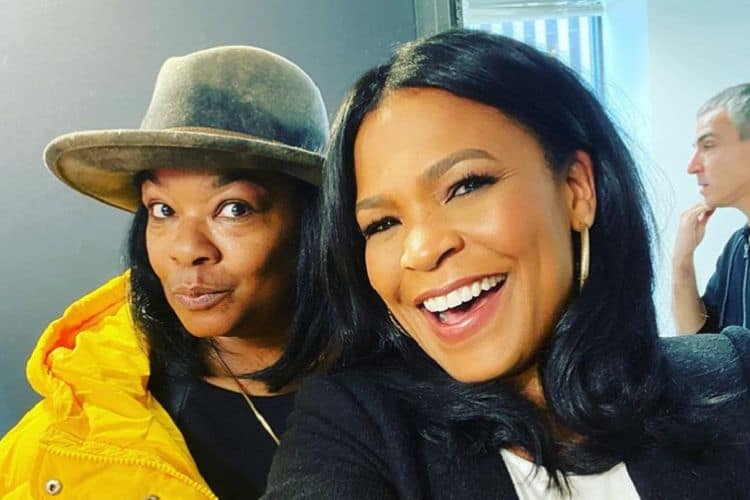 You know the name Nia Long because it is synonymous with success in Hollywood. She’s been in everything from the Fresh Prince with Will Smith to Soul Food to Boyz in the Hood and nearly everything in between. She is a rock star, a superstar, and she’s completely gorgeous to boot. We love her, and we have always loved her in everything she’s done, and it’s not a surprise that she continues to work hard, make success her middle name, and stay out of the limelight as best she can. She’s one of those women you know so much about, yet you realize you don’t know much about her at all when it comes down to it. Let’s change that. Let’s get to know her.

1. She Comes from a Family of Educators

Her mother and father are both educators. Her mother was a teacher, but she also worked as a printmaker. We don’t know exactly what that entailed for her growing up, but it tells us her mother worked hard. Her father was a poet when he was not busy teaching high school in her native Brooklyn. He later moved to New Jersey where he also worked writing poetry and educating high school students.

2. She’s got a Famous Sister

Did you know that she is not the only famous face in the family? Her sister, her older sister, is also a famous star. Her name is Sommore, and she’s a famous comedian and actress. The talent in this family is clearly amazing, and we are so impressed by it on so many levels. This is something we love.

Growing up, she was all over the place for a few years. She was still a toddler when her mother and father decided to end their marriage, so her mother took her and left for the town of Iowa City where she herself was in the process of studying the fine arts. A few years later when Long was only 7, they moved to LA so her mother could get remarried. That did not work out, either, but her mother liked LA and wanted to continue to live in the area with her family.

4. She Went to Catholic School

Her mother didn’t want her daughter to miss out on anything, so she took her to private Roman Catholic school. She was into commuting as a young child through LA on a bus to get to a prestigious school nowhere near her home. It was long days for her to do this but she was going to make the most of her education and the opportunities afforded to her, so they made it happen.

5. She Was an Active Child

Some kids find a sport they love and they stick with it. She found all the things that she loved and she did them all growing up. She was not partial to just one activity, and that’s all right. She was a child who was into jazz dancing, gymnastics, acting, ballet, tap, and she even learned to play the guitar as a child. She’s a seriously talented woman, and it appears she’s always been one.

6. She Was Taught by a Famous Woman

Remember Todd Bridges? Actor and star? Well, his mother was the woman who trained Long. She was her acting coach, and she learned so much from her when she was growing up. Clearly, what she had to learn was good stuff, too, if you consider just how good she was at all she did in the acting business so far.

7. She Could Have Been An Angel

Remember the hit movie Charlie’s Angels with Lucy Liu, Drew Barrymore, and Cameron Diaz? Well, it turns out that Lucy Liu was only given that role because Nia Long turned it down. She didn’t want to do it, and she didn’t want to bother. She did, however, join the cast of a very popular primetime show after that called “Third Watch,” which was majorly successful, so she didn’t miss out that much. However, she could have been an angel, and we think she’d have been a good one, too.

8. She Recently Lost her Father

Growing up across the country from her father did not make their relationship an easy one, and it’s something she’s been unhappy about for a very long time. Her father recently passed, leaving his daughter to bury him without so much as a conversation about some of the things that weigh heavily on her heart. But, she did get to know him a bit as an adult, and she forgives her parents for many things. Mostly, though, she forgives them for the simple fact that they were only 22 and they did what they knew to do and how they knew to do it at such a young age, and it’s not something she admits she could have done on her own.

Not just in the traditional sense, either. She feels more alive now that she’s almost 50 than she did most of her life. This age has given her some perspective, and it’s allowed her to look back and find a lot of understanding and she might not have had at a different time in her life. She learns more now than she did in the past, and she’s more capable of seeing just how far she’s come and how much she’s done with her own life in a world that is the way that it is.

10. She Believes in Forgiveness

One thing that her life and her success has taught her is the power of forgiveness. She’s decided to let go of the many things that really did once bog her down. She’s decided to do all she can to forgive and let live, including herself for not knowing how good that would feel earlier in her life. She knows that it helps to heal, and she knows that things are getting better by the day.