Home
Entertainment
OK, We Have to Get in on this Mason Reese and Sarah Russi Thing 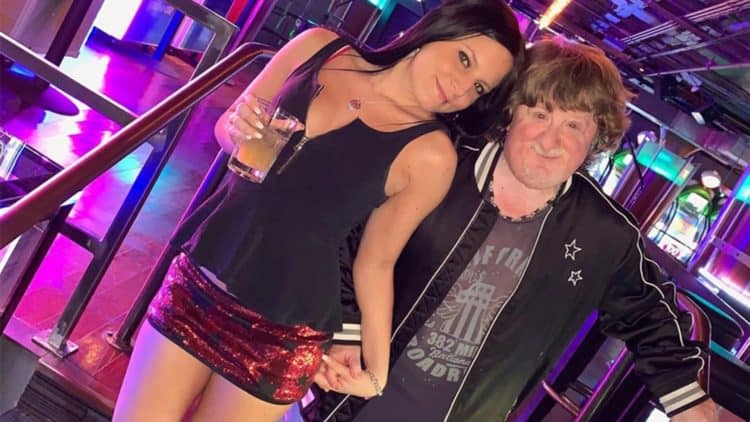 From one angle the relationship between Mason Reese, a former child star famous for being in an astounding number of commercials, and adult entertainer Sarah Russi seems like it might be based more upon money than anything, but as it was revealed in an article by Julius Young of Fox News that’s apparently not the case. Or rather, it’s not the case because both Reese and Russi (that sounds like a law firm or an auto body shop doesn’t it?) say it’s not. Both are adamant about the fact that they are truly in love and have no qualms about the fact that Reese is in his 50s and in some way looks as though his childhood face was transplanted and fit back onto an adult body, and that Russi is in her 20s and is an adult entertainer. It’s simply too easy to point out the many flaws and faults that this relationship seems to have without taking the time to admit that it might actually be what no one is willing to claim it as, a decent and very loving pairing between two people that care about each other.

Admitting to such a thing is, for a lot of people, kind of hard since despite older men and younger women being a far more normal relationship than people think, the stigma of Russi being called a ‘sugar baby’ isn’t bound to go away any time soon. Of course stating that people are just jealous of the love they have is kind of a weak defense that a lot of people use when they feel threatened in any way by the comments of others, and it’s not bound to dissuade people continuing to talk. The fact is that whether this love story is legit or not people are going to continue to see it as odd since Mason isn’t what a lot of people in society would call attractive or even moderately good looking, while Russi is quite beautiful. And yes, we’ll gladly listen to the many arguments about how real beauty is on the inside and so and so forth, but while that might be true and is a great ideal to hold to, society is bound to see what’s on top rather than what’s inside first and foremost.

People are bound to look at these two and think what they will, and while that’s their given right the act of actually speaking on it tends to become something that only strengthens the will of those that will speak up for the couple, and possibly the couple themselves. After all, if someone tells you that ‘no, this isn’t right and can’t happen’ the chances are that in situations like this the people most affected won’t listen or they’ll keep doing what they’re doing in spite of their detractors. Mason insists that Russi isn’t a ‘sugar baby’ as she’s never asked him for large amounts of money and despite the fact that he does buy her nice things she doesn’t expect them on a regular basis. Many folks might look at that statement and think that of course, Russi is playing it smart and playing the long game. She talks about marriage after being together for two years since that would mean that she could possibly ‘suggest’ a prenup and therefore be entitled to half of everything he has. That’s a rather cynical way to look at this relationship but it’s something you can imagine that a lot of people are thinking.

In favor of being real Russi HAS been a sugar baby in the past but gave it up. She was referred to Mason by a friend and while Mason told her he loved her during their first week together he is also adamant that she said it back not long after. His net worth is still up around $1 million so he’s not insanely rich but he’s far from being poor. That could mean that it’s not really the money she’s after since there are a lot of men out there who are richer and stand about five feet that might be willing to take her into their lives. So it leaves a big question mark as to what really drew them together, since at this point it seems as though there’s a lot of hearsay and a lot of reliance on their words that things are the way they are. If that’s the case then so be it, it’d be easy to wish them both a happy life and the hope that they do eventually tie the knot and experience a long life together. But like many people I’m already scrunching my brow and wondering just what life is going to reveal when that other shoe drops. If the lot of us being suspicious are wrong then so be it, just admit as much as and move on. But if not then this story could get a little more interesting.