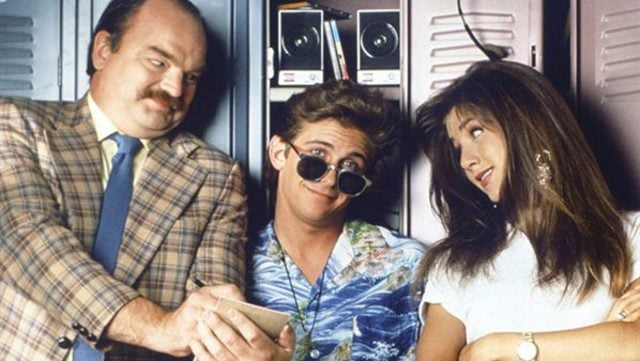 You might remember the actor Charlie Schlatter.Â  He had an awesome 80s run in movies and hit his peak when he got a starring role in the film 18 Again alongside George Burns.Â Â  Schlatter always had a baby face and at the age of 25 was selected to play Ferris Bueller in a TV series based on the 80s comedy starring Matthew Broderick.Â Â  What you probably didn’t realize is that one of the stars on the show was also Jennifer Aniston.Â  Even better?Â  None other than Richard Riehle played principal Rooney.Â Â  In case you aren’t placing Richard Riehle, he’s the guy that played Tom Smykowski in Office Space, the role he’s probably most known for.