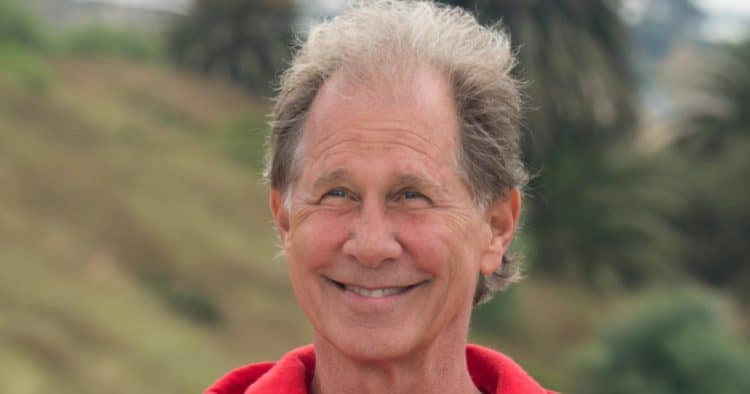 Parker Stevenson may be approaching 70, but he is not ready to shut down the curtains on his career. Having been born to an actress, Parker was exposed to life in front of cameras at an early age. However, he soon realized that even after doing hundreds of commercials and starring in lots of television series, being behind the camera was more satisfying for him. He can now boast of being an accomplished photographer, although he is still juggling photography with his acting career. Here is everything else you need to know about him.

The minute most people spend a minute on television, they view themselves as celebrities and have an air of arrogance around them. However, Parker does not consider himself a star. Matter of fact is he does not even think of himself as a teen idol, yet he spent years influencing teenagers through the series “The Hardy Boys.” In his opinion, it is not because he is a great actor that he became popular; if anyone else had received the same publicity on the show, they would also have become famous.

2. He has a passion for photography

They say a picture is worth a thousand words, and Parker believes in this old expression. When asked by Zoomer what he loves most about photography, Parker disclosed that it is his way of expression. Therefore for anyone looking to know more about him, Parker advises them to look at his pictures, and they will reveal more than any interview ever will. He has become such an expert photographer that he even participates in conventions, and the images he displayed in PhotoNOLA sold out.

At 14, the teenage hormones are pushing you to be more adventurous, and Parker could not stay in the house all summer long doing nothing. Consequently, his mother encouraged him to try out a commercial in New York. However, it was not as easy landing a job as he thought, but there is always a light at the end of every tunnel. Therefore as he was ready to go back home in his last week of summer, Parker was lucky enough to get a job shooting a Clearasil commercial, which ended up earning him a considerable amount of money.

4. He does not ever want to be a wedding photographer

Once bitten, twice shy. Parker had a bad experience as a wedding photographer, and he has never wanted to be one again. Although his interest in photography developed before his adolescent years, he still was yet to earn from it. An opportunity arose when a neighbor asked him to take some pictures for their wedding, and Parker agreed despite having no prior experience. Although, in the end, he managed to capture beautiful images, the stress of reloading films and batteries dying while on the job was enough to deter him from ever wanting to take wedding pictures.

Parker attended Princeton University, where he studied architecture. However, the degree did not impact Parker because after graduating, he felt he was not ready to commit to the field. Instead, he considered joining New York University to study business, but acting got in the way. Still, he got a chance to use his architectural knowledge in photography as he told Smashing Interviews Magazine.

6. He is happy being single

At 67, Parker is not interested in dating, which makes you wonder if the marriage experience was so bad that he never wants to be in a relationship again. The actor was married to Kirstie Alley for 15 years, but he revealed they were never on the same page. After divorcing in 1997, by 2013, it seemed like the couple was not in good terms because Parker could not comment on her life. That does not mean he does not enjoy the joy of fatherhood; although the two children he has with Kirstie are adopted, Parker loves them to the moon and back.

7. How he got into full-time acting

After graduation, the question that plagues the mind of the young graduates is, “What next?” Parker also wondered what else he could do because even the architectural degree he had just finished studying was not giving him satisfaction. Parker’s future opened up when he was offered the acting job for “The Hardy Boys” since the producers had seen him in several other movies. Being badly in need of a job, he figured it would not hurt, giving it a try, and that became a life-changing decision.

8. His favorite show in which he has starred

It is hard for a mother to pick a favorite among her children; similarly, actors do not reveal which of the shows they have starred in are their favorites. Parker, however, does not hesitate to cite “Probe” as his best. In his interview with Classic Film TC CafÃ©, the actor said that he did the series for ABC in 1988 and although it struggled in ratings, he loved it because he could relate to it.

9. How he has managed to be an actor for so long

There are many actors who Hollywood will not cast anymore, but Parker is still landing major roles in shows. He always wanted a career that would allow him to meet new people and explore new things. So just like Burt Reynolds, whose secret to a thriving career is hanging in there even when he knows there are many more handsome and talented guys, Parker Anderson also believes that is what has kept him in the industry.

10. He keeps in touch with his co-star Shaun Cassidy

Some co-stars cannot stand each other, were it not for the paycheck, while some develop lifelong friendships even after cameras stop rolling. One celebrity friendship that remains till today is that of Jennifer Aniston and Courtney Cox, but another bond was created on the set of “The Hardy Boys” because Shaun and Parker see each other at least once a year.