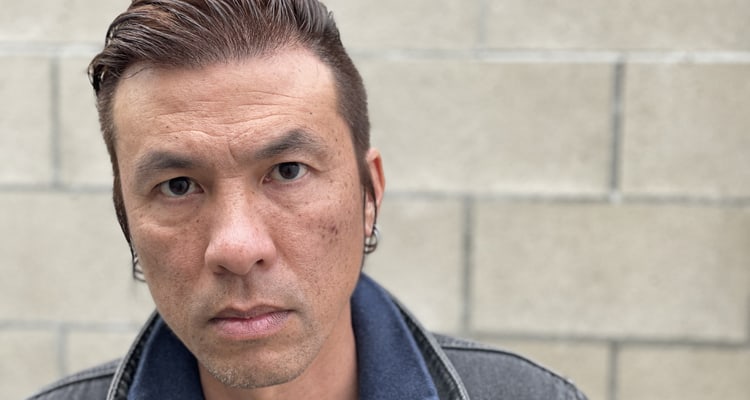 Pasha Gerard is a writer, producer, and actor. He was born in the Philippines and is the eldest sibling of seven brothers. Now living in the United States, Pasha strives to pursue his passion in the film and television industry. He created a film that he wrote, produced, and starred in (as GB / Sasha) titled “Carpe Noctem,” a modern-day fairy tale feature film that co-stars Nina Bergman (“Doom: Annihilation,” “Call of Duty: Black Ops 4“) as GG / Tasha.

Find out more about Pasha below:

1. He is the eldest of seven boys.

Growing up was fun and challenging for Pasha. “It was rough because my parents had all these expectations on me. It was fun because I was the boss among my brothers. We had our own basketball team, with a bench!” Before going on family trips, his parents would have them do a roll call before going inside the car. “I would start out first by yelling, ‘One,’ my second brother yelling ‘Two’ and so forth. The youngest and I are fifteen years apart. Being number 1 made me responsible when I needed to be. I knew I had to lead by example.” In hindsight, in having a big family, Pasha says he wouldn’t have it any other way.

Pasha first started playing when he was six years old. He was small as a kid, “Shooting a ball into that hoop was like aiming for the moon!” But he kept at it, and he eventually grew to be 5 feet 11 inches. However, he never played in any organized sports until he was an adult. “My friends and I were rebels in high school; we considered ourselves as “street ballers.” We were like a gang, hunting for games at different parks. It was very territorial.” That all changed when he attended Pierce Junior College and joined the J. C. Invitationals. “That was the closest I got with my dreams of playing in the NBA.” Nowadays, Pasha is happy watching the Lakers from his couch while writing scripts from his laptop. “It’s so great the Lakers won the championship during the pandemic! We needed it! So inspiring!”

Pasha claims that he’s seen UFOs since he was a child. “Everyone says they don’t exist, but there have been at least five instances that I’ve seen them. And in the daytime!” He says they are of different sizes and shapes; there are ones that glow, and some are “clouds” with lights inside them. “I know it sounds crazy, so I usually keep these things to myself unless asked, like this article.” Pasha’s just glad he’s never had an encounter of the abduction kind.

4. He used to sport long hair.

Pasha had hair that reached down to his knees! “That was the longest it ever got. It was ridiculous!” It all started when he was eighteen years old and was a philosophy major. A song lyric from the rock group, the cult, inspired him. It goes:

‘Dreamtime, Dreamtime. I will wear my hair long. My hair long, an extension of my heart. Dreamtime, dreamtime.’

He then traveled the world extensively when he was young in search of himself. “Being a nomad, I saved a lot of money on haircuts!” He confesses that he grew it to get a lot of attention from girls, but after a while, it got to be too much.

“It became a sickness. I would have nightmares holding my hair after cutting them and screaming, ‘Why?!, why?!'”. He laughs about it now after realizing it’s just hair and that it grows back.

5. He’s a collector of comic books.

Pasha’s first hobby was reading comic books! To hone in on his reading skills as a child, his father would make him read Reader’s Digest, the general interest family magazine. But it was the Avengers that actually did that for him. “It was no contest; a graphic novel with superheroes is really what movies are now. It made me want to read all of them, Marvel and DC.” His treasured collection includes the complete Marvel Universe, an encyclopedia series of superheroes and villains, the complete Namor the Submariner, and the first appearance of The Wolverine, where he fights the Hulk. Pasha admits he’s a bit of a nerd, but he loves being one :)