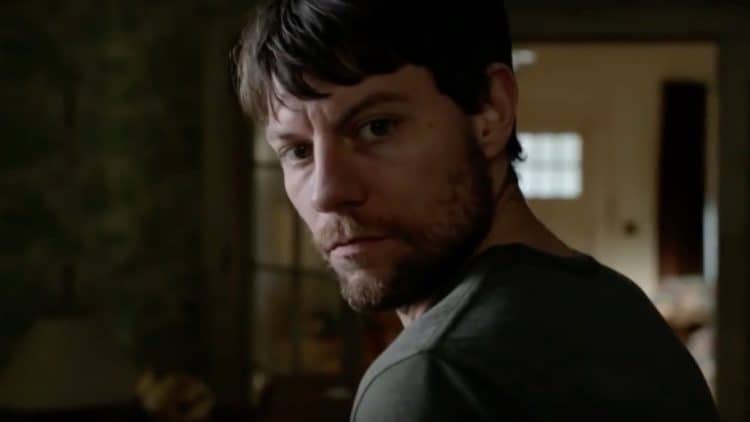 Patrick Fugit is an American actor that is best known for his roles in films such as Almost Famous and Gone Girl. His most recent film role was in Robert The Bruce. Here are ten things about him that you may not know:

1. He Was Born In Salt Lake City

Fugit was born and raised in Salt Lake City. Despite the majority of this town being Mormon, his family were never part of this religion. His father was an electrical engineer and his mother was a dance teacher. He is the eldest of three children and has a younger brother and sister. He has described his home town as a quiet place where not much happens. It was a bit of a culture shock for him when he went to LA to film Almost Famous when he was still only eighteen.

2. He Started Acting In A Summer Theater Program

His biography on IMDB confirms that he started acting when he was just a teenager. He attended a summer theater program that was held at the University of Utah. He continued to act in school productions throughout high school. While he was still at school he got signed up with an agent and it was not long after this that he auditioned for the part in Almost Famous. At the time he still considered acting to be a hobby and it was not really something that he thought he could make a career from.

3. He Has Been Skateboarding Since He Was Fifteen

He has been a keen skateboarder since he was fifteen years old and it was something that he was good at. His character in Saved! was originally supposed to be a surfer, but it was later changed to a skateboarder. This decision was made because of the experience Fugit already had with a skateboard. He also used to take part in biking when he was younger but he had always preferred his skateboard.

4. He Was Believed To Have ADHD At School

Married Biography reports that he was thought to have been suffering from ADHD when he was at school. ADHD or Attention Deficit Hyperactivity Disorder is a condition that makes it difficult for children to concentrate for long periods of time. Getting involved in acting can often help children with this condition because acting lessons are likely to be less formal than those that take place in a classroom.

5. He Did Not Go To College

He was only eighteen when he starred in Almost Famous and he made the decision to continue with his acting career rather than going to college. This is a move that paid off as he has been able to keep working from then until the present day. After Almost Famous he carried on making films but he also started to get involved in TV work as well. When he made the choice not to go to college he did say that he may enroll at some point but his career has took off in a way that he did not expect.

6. His Best Friend Was David Fetzer

His best friend was the actor and producer David Fetzer who also grew up in Salt Lake City. The two of them formed a band called Mushman which they both say was formed by accident. The music they produced has been described as a mixture of folk and rock and they released three albums. Fugit played the guitar in the band and provided the vocals on occasion. Fetzer passed away when he was just thirty years old and this was a very difficult time for Fugit as the two had been friends since they were at elementary school.

7. He Admits He Knew Nothing About Rock Music Before Almost Famous

He admits that the only CD he owned before his role in Almost Famous was by Adam Sandler. He told The Guardian that he had to have a crash course in 70s rock music from director Cameron Crowe. He was never into music that much before this and classic rock is still the only genre of music that he really listens to. Crowe gave him a load of albums from artists such as Led Zeppelin and told him to listen to them constantly in order to prepare for his role as a music journalist in the film.

8. He Has Had Roles In A Number Of Popular TV Shows

He has had guest roles on some of the best known shows on US television. One of his most recognizable roles was as a teenage cancer patient in ER that was befriended by Susan Lewis. He also appeared in an episode of House which was another medical drama. Before he got a regular role in Outcast he also starred in a number of TV movies.

9. One Of His Best Known TV Performances Was In Outcast

When it comes to TV work, one of his best known roles was on the supernatural show Outcast. He played one of the main characters on the show, Kyle Barnes, a man that was an outcast in his local town because he had hurt his wife and daughter after being possessed by a demon. In the show his character teamed up with a local priest and some others in the town to try and deal with the demons that were responsible for the possessions. The show ran for two seasons and did well in the ratings.

10. His Most Recent Role Is In Treadstone

Treadstone is a TV show that takes place in the same universe as the Jason Bourne movies. Fugit is a recurring character in the series and he is listed as Special Guest Star. He plays the role of Stephen Haynes, an asset of Operation Treadstone that went on a murderous rampage when he was activated. Fugit’s character is a little different to the other assets in the show because we only know what he is like once he has been activated. There is not a lot of information given in the show about what his life was like before.