Home
TV News
How is Pavlok Doing After First Appearing on Shark Tank? 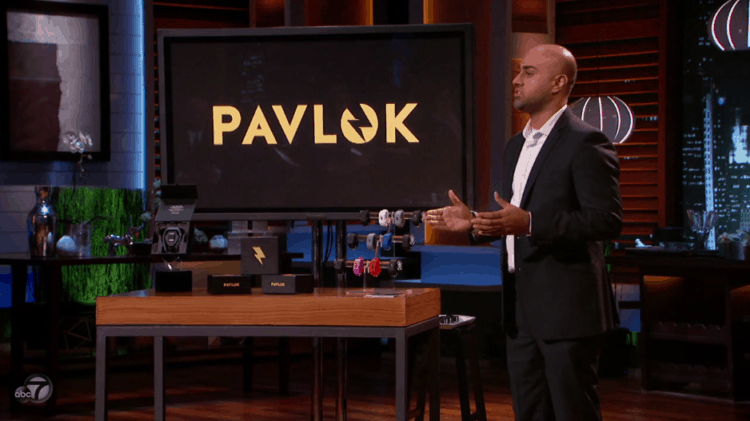 If you are a fan of the reality show, Shark Tank, then you probably consider some contestants more memorable than others. There are some that simply stick and your mind, leaving you to ask, what happened to that person or business after they appeared on Shark Tank?” There is one person who definitely comes to mind when I think about the show, Pavlok Maneesh Sethi. There are several reasons why Pavlok sticks in comparison to some of the other contestants. One thing that immediately stood out is the fact that he had been an entrepreneur since the age of 12. It was a powerful testament to the capacity of the internet and social media to facilitate dreams.

Another thing that impressed me about this young man is the fact that by the age of 16 he had raised more than $5,000 for a charity organization that provided power and internet to public schools in his native India.

When Pavlok appeared on Shark Tank, he had invented a device that would help people break unwanted habits. By the time he had arrived on Shark Tank, he had already secured some angel funding and raised five times his goal on the crowdfunding site, Indiegogo. So, he was not a rookie when it came to pitching his idea to investors, but at the same time, he had not come up against the panel sitting in front of him.

When Pavlok made his presentation to the panel on the show, he did not get the response he was looking for. They all laughed at him, which he did not find amusing in the slightest. He reminded them that this device, which sends a minor electrical shock when a person performs an undesired habit, was based on scientific data. Basically, the shock retrains the brain not to carry out undesired behaviors. The thing is that the person using the device has to push the button that will shock them when they notice themselves doing things they don’t want to do.

The science that Pavlok referred to is called aversive conditioning and it definitely has the backing of empirical data. To shorten the story, because it is comprehensive, there were round after round of attacks from Lori and Mark on the device and its effectiveness. At one point, Mark accused Maneesh of being a con artist, which he denied.

At the end of the episode, which happened to be the season finale, Kevin O’Leary made Maneesh an offer that he actually chose to decline. So, what has happened since all of this occurred?

Currently, the Pavlok has made huge strides and all of this after turning down the one offer he received on Shark Tank. While Maneesh did not get the funding deal he wanted for his project while on Shark Tank, he did get the exposure that the show provides, and that was obviously more valuable.

According to the official website for Pavlok, the company has gotten 10,000 new users. More importantly, the majority of the reviews that these users provide are raving and praise the device for producing the results they desire.

Here is what is interesting, one of the new users of the product is Daymond John, one of the panelists from Shark Tank. So, while he did not make an offer during the Shark Tank presentation, he obviously followed up on the progress of the company and the effectiveness of the device. Still, to this point, Daymond remains a fan of the company and the device, but he still has not become an investor. It is not clear why he is not willing to invest in something that he obviously believes works. It could be in the details of how the company is run or the long-term marketing strategy. This could very easily be a short-lived victory for Pavlok.

The device has evolved from a technological perspective as well. You can now sync the device with other devices such as GPS, Amazon Echo, and Fitbit, to name a few. The ability to sync the device allows the user to get immediate feedback when they reach a fitness goal or they fall short of a goal. A user can even get a reminder of when it is time to go to bed. Additionally, there is a productivity extension for Google Chrome. At this point, the company is building momentum and it does not appear to be slowing down any time soon.