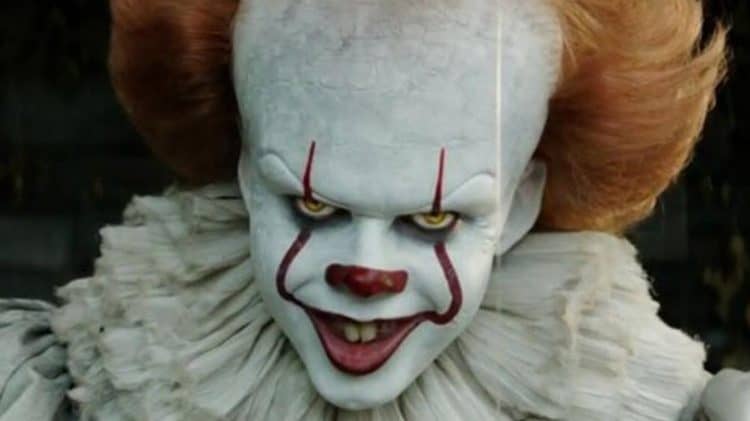 Pennywise is a character from Stephen King’s 1986 horror novel ‘It’ The character is also known as It or as Pennywise the dancing clown. In the form of a clown, this is one of the most iconic characters from all horror films, and he is also one of best-known and most feared. The character also takes on many other forms in the film, that are each just as scary. This character is one that many people know of but know very little about. Here are 20 interesting facts about the Stephen King character Pennywise.

If most people were asked to describe Pennywise, they would describe an evil clown. He is even known as Pennywise the Dancing Clown. However, this character isn’t really a clown at all. It is actually an evil shapeshifting entity, says Slasher Sam. The clown appearance is simply what the terrified children of Derry, Maine, see when the character appears. It is said that ‘It’ will take on the form of whatever it is that people fear the most.

Pennywise originates from an alternate universe called Deadlights, explains Bloody-Disgusting. It is said that anyone who sees Deadlights will instantly go insane, and only one person has ever survived the experience. There are times when Pennywise claims that not only does he come from Deadlights, but that he actually is Deadlights. It is only when Pennywise is in Deadlights that he becomes his true form.

3. Ronald McDonald Was the Inspiration

People have often mistakenly believed that Pennywise was inspired by John Gacy. This man was a notorious serial killer who worked as an entertainer and dressed up as a clown for community events and children’s parties. According to Slasher Sam, that was not the case. The true inspiration was Ronald McDonald, and Stephen King has gone on record confirming this fact. Other sources of inspiration for the character were Clarabell from Howdy Doody and the television clown Bozo.

4. It Has Two Weaknesses

Pennywise has two weaknesses, and those who can see him need to know what it is to overcome this terrifying entity. Bloody-Disgusting says that the two fears of It are courage and heart. In the films, the characters who survive are those who have shown both of these traits.

5. Pennywise is Older Than the Universe

It is a hard concept to grasp, but Pennywise is older than the universe, says What Culture. In the books, it is explained that Pennywise existed before The Big Bang and that he went into a state of hibernation when he landed on Earth. When he awoke from his hibernation, he was in 18th century America. He was then responsible for the disappearance of 300 settlers in Derry, as he needed to take human victims in order to sustain himself during his next period of hibernation.

What Culture also says that Pennywise has superpowers. The main superpower is that he is a shapeshifter and he manifests himself in the form of something that his victims fear. Another is his ability to read minds. Not only can he read minds, but he can also manipulate them so that his victims imagine things that lure them towards him. Pennywise can also create fake smells and sounds to confuse his victims, and he can make plants dies when he touches them. One of his most powerful superpowers is the ability to change the weather, and there are several occasions when he has created a thunderstorm.

7. His Arch-Enemy is a Turtle

The Turtle is another character from another of Stephen King’s books and he is the arch-enemy of Pennywise. This character is from another ancient Macroverse and it created our universe, says Horror Freak News. The Turtle first appears in The Dark Tower series of books by King and in these, he is called Maturin. The Dark Tower series says that both The Turtle and It are the creation of a creator called ‘The Other’ and that they are in a battle of creation against consumption.

8. It Also Appears in ‘The Tommyknockers’

Pennywise is known as the character from the book ‘It’ and the films that are based on this book. However, this is not the only Stephen King book in which this character appears. According to Horror Freak News, Pennywise also appears in the book ‘The Tommyknockers’. In this book, one of the characters is traveling through Derry, Maine, when he sees Pennywise in the storm drain. Although it is possible that this is a hallucination, the sighting of Pennywise would mean that ‘The Losers Club’ from It did not kill Pennywise, as the book and films suggest. Pennywise is also mentioned in four other books. In ‘Dreamcatcher, a character sees graffiti that says ‘Pennywise Lives’. The other books in which he is named are ‘Insomnia’, ‘11/22/63′, and ‘Gray Matter’.

9. Pennywise is Not Dead

As the sightings of Pennywise in Stephen King’s novels suggest, Pennywise is not actually dead. This is despite the fact that viewers watched ‘The Losers Club’ shoot him in the head and beat him before he disappeared down a hole in the ground, says Babble Top . If you watch until after the credits of the 2017 film, you will see that a children’s show appears on the television and Pennywise is clearly sat there for all to see. It is intended that Pennywise will make a return to movie screens in the future.

Pennywise has been portrayed by three actors. The first to play this character was Tim Curry in the 1990 television adaptation of the book. The role was then taken on by Lilliput for the 1998 television adaptation. Finally, Bill Skarsgard has most recently played the role of Pennywise in the 2017 film adaptation. ‘It: Chapter 2′ is set for release in September 2019, and Bill Skarsgard will reprise the role of Pennywise for this film. This means he is the only person to have played Pennywise in two separate productions.

After crash landing in America and wakening from hibernation in the 18th century, It has made a comeback at intervals of between 25 and 30 years, says The Things. Pennywise does not terrorize the children of Derry all the time. Instead, it reappears at intervals of approximately 27 years to make its attacks. In the book, there are nine separate incidents of Pennywise appearing between the 1700s and the 1980s, all of which occur around 27 years apart.

In the films and the book, the character is referred to as ‘It’. He introduces himself to Georgia in the beginning as ‘Pennywise the Dancing Clown’. Although It and Pennywise are the two names by which most people know this character, nobody actually knows its real name. The Things says that the character is referred to by many other names in both the book and the films. The character often refers to itself as either Robert Gray or Bob. It also has the names of any other character it takes on throughout the storyline.

14. Pennywise Can Eat Anything

In both the book and the films, Pennywise wakes approximately every 27 years to feast on children. It is known that he likes eating the children best when they are scared because fear makes them taste better. However, Pennywise can actually eat anything, says CBR.com. This is because he is an eater of worlds. Which means that he can consume anything he wants and that he can continue eating until a planet is picked clean.

Although he is usually seen as a clown, nobody really knows who or what Pennywise is, and this is because he is a shapeshifter. In most forms, it appears that Pennywise is male, and this is supported by the alternative names used for the character. However, when he appears as a large spider-like creature at the end of the story, it becomes clear that Pennywise can take many forms. According to CBR.com, there are some theories that the spider is not only female but that it is also pregnant.

After accepting the role of Pennywise, Bill Skarsgard had only a week and a half to prepare for the role before shooting began, says Screenrant. He read the book and watched the previous film adaptation as he wanted to get to know the character as well as he could. He wanted to inspire true fear in the child actors in the film, so he refused to meet with them before filming began so that they would only see him as Pennywise and not as Bill Skarsgard.

Although He has many superpowers and seems almost undefeatable, Pennywise has some limitations, says Fan Fest. As a shapeshifter, Pennywise must obey the physical laws of whichever form he takes. So, he is limited in different ways depending on how he appears. In its most powerful form, King made the character so it would only be defeated by certain emotions, such as friendship and courage.

18. Pennywise is a Cause of Coulrophobia

Coulrophobia is the fear of clowns, says Fan Fest. Although there are many reasons why people can develop this fear, many people have credited Pennywise as being the character that caused their irrational fear to begin. Following the release of the 1990 television series based on the book ‘It’, there was a sudden spike in the number of reported sufferers of Coulrophobia. When asked which is the scariest clown, most people who suffer from this phobia will say Pennywise.

19. Pennywise’s Appearance Caused Problems for the Actors Who Portrayed Him

Pennywise is best-known in his clown form, which included a heavily made-up face and brightly colored hair. Getting into character has caused many problems for the actors who have portrayed him. Tim Curry initially did not want to take on the role of Pennywise as he found the idea of sitting for hours having his make-up done off-putting. However, once he got into the role, he really put effort into the part. He did not want to wear a bright red wig, so he grew his hair and dyed it red instead. The hardest part for Bill Skarsgard in playing Pennywise, according to IMDb, was wearing the scary fake teeth. The main problem with this is that they made him drool whenever he wore them.

20. Pennywise Took On Some New Forms in the 2017 Film Adaptation

As a shapeshifter, Pennywise appears in many forms in the book and the television miniseries. For the 2017 film adaptation, Pennywise took on some new forms that are not in the book and were not seen in the television miniseries of the 1990s, says Fandom. Some of these include a headless child, a woman in a painting. Charred hands, the Richie Tozier doll, Eddie Kaspbrak, Alvin Marsh, and an infected leper.