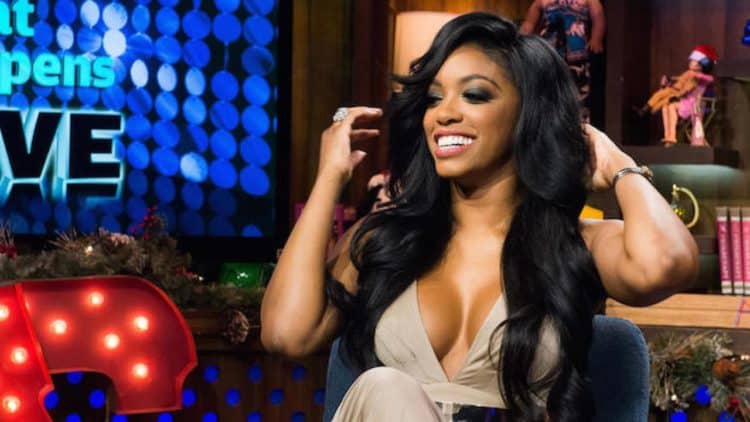 Porsha Williams is an American television personality, model and actress that hails from Atlanta, GA. She was born in June of 1981 to two entrepreneurs as herÂ  parents. She has taken herself from a regular girl in a suburb of Atlanta, to a popular name in the reality TV and the modeling world. Williams is a beauty queen that has had a few ventures she’s proud of, including one her parents inspired. You might recognize this pretty face if you tune into reality TV shows, but here are 10 things you din’t know about Porsha Williams.

1. Her grandfather was a Civil Rights Leader

Williams comes from an interesting and prominent, historic family in Atlanta. Her grandfather was well-known for being a Civil Rights leader and philanthropist by the name of Hosea Lorenzo Williams (January 5, 1926 — November 16, 2000). He was also an ordained minister, a scientist and prominent businessman. Above all, Hosea Williams was in the inner-circle of the famed Civil Rights leader, Martin Luther King, Jr., and his granddaughter wore her family heritage like a badge. She’s proud of her roots.

In 2004, Williams accepted a role on the celebrity version of The Apprentice, Celebrity Apprentice at the same time as she was working with The Rickey Morning Show, on Dish Network. When Williams got her good-bye from Donald Trump, she may have been disappointed in not winning the show, but she took it all in-stride and said that she loved the fact that she had gained a support from everyone in her other ventures, including her line of footwear, especially from her opponent, Carson Kressley.

3. Started her own daycare

At 24 years of age, Williams wanted to own something of her very own; her own business. Growing up with two entrepreneurs as parents, this gave Williams the drive to go out and start something of her own, so she did. Her choice of business was daycare, but as ambitious as that was, overtime, Williams would go on to try her hand at bigger deals that were totally different from child care. She has started her own lingerie and hair care products line, as well as a line of footwear, as mentioned. The entrepreneur blood was obviously passed down for generations in her family.

4. Got her career start in music videos

While living in Atlanta, Williams got the drive to get into modeling. She knew she had the look and wanted to put her beautiful looks to work, but she didn’t get into the field in a direct way, instead, she took a different route and began appearing in music videos as a way of pursuing her dream. In an interview about her life in Atlanta, she explained how that was just what you did in Atlanta when you’re young and beautiful, and want to become a model.

5. Worked as a pin-up model

Williams did get a break in her modeling endeavor in 2005 by working as a pin-up girl in the Atlanta Dymes calendar, from the BET 106 radio channel. It may have not been the ideal modeling job, but for Williams, it was a start.

6. It was rumored she had been involved in a steamy encounter

After her four years in high school, Williams went on to get her college degree at the American InterContinental University in Schaumburg, Illinois and majored in business information technology. Although she didn’t pursue a career in her field, her education no doubt helped to propel her forward in her life and career path.

8. She has an average net worth

While Williams has been a busy woman and taking on many types of jobs in a wide variety of areas, she has a modest net worth comparatively. It isn’t known what her income has been throughout her career for her different roles she’s taken over the years, but there is a net worth found on this multi-versatile woman and it has been listed at $500K, which still isn’t a bad haul for living the dream life.

9. She married a football star

Williams has found a few loves in her life and her first marital relationship was with a football quarterback and radio show host. Williams met Kordell Stewart while working at a club in Atlanta. The two married on May 21, 2011 and the wedding was aired on WE tv’s Platinum Weddings. With a new husband, she also got a step-son, Syre, who was from Stewart’s prior relationship. Unfortunately the marriage didn’t last long and they divorce in 2013.

10. She’s in a strained relationship

After one marriage ended, Williams hooked-up with Dennis McKinley, a very wealthy Atlanta entrepreneur. Unfortunately the two have had a strained relationship since early on, and the details of their problems have found their way into the tabloids since its start. Despite their problems, the two had planned to get married and raise their daughter, Pilar, together, however, when news of McKinley being unfaithful during Williams’ pregnancy with their daughter emerged, Williams was said to have broken the engagement again and had him leave their home. It’s unclear at this time if they’ve reconciled their differences and put the wedding back on the calendar or leaving it up in the air for now.