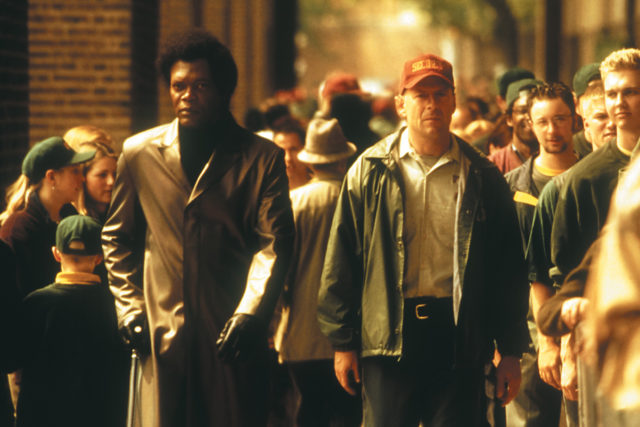 I’ve mentioned numerous times on the website how I’m a fan of the movie Unbreakable.Â  Following M. Night Shyamalan’s The Sixth Sense, it was hard for him to follow up with a movie that could compete with that type of quality but I always thought Unbreakable did it, and did it well.Â  It’s nice to know one of the best directors of our time, Quentin Tarantino feels the same way.Â  I just came across this video of Tarantino talking about his top 20 favorite films and amazingly Unbreakable makes the list.Â Â  Here’s what Tarantino said:

“On my top 20 list is M. Night Shyamalongadingdong’s Unbreakable which I actually think 1. not only has Bruce Willis’s best performance on film that he’s ever given, I think he’s absolutely magnificent in the film.Â  It also is a brilliant retelling of the Superman mythology, in fact so much so that to me the film was very obscure when it came out as far as what it was about.Â  I actually think they did themselves a disservice because you can actually break down what the film is about by basically one sentence that I think would prove far more intriguing than their ad campaign.Â  Which is basically, “What if Superman was here on earth and didn’t know he was Superman?” which is what the film is about.Â  Of course you don’t know that until you see the movie.Â  Anyway, I think Unbreakable is one of the masterpieces of our time.”