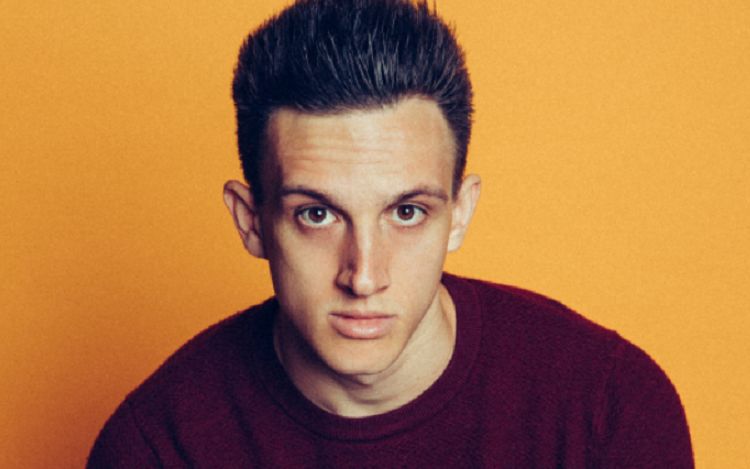 Composer Alexander Arntzen has scored everything from Christmas movies to short films. His latest project is Saban Films’ college slasher, Initiation, which hit VOD platforms last Friday. To celebrate the release, we sat down with Alexander and had him answer the below ten questions.

-When it comes to your score for Initiation, what are you most proud of?

I’d say I’m most proud of the overall cohesive nature of the score. It has a certain sound to it with all the electronic elements that I think separates itself from other horror scores in the genre. The fact that I was able to maintain it in this way throughout, while evolving it in ways that were natural progressions was a really fun challenge to crack.

-You said that you imagined a lot about what the Initiation score would sound like from pitch videos and teaser trailers that director John Berardo made. What exactly was in the first palate of music?

The first palate of music still had all the electronic and dark elements that are in the final Score, along with the main theme. But I think the music in the teasers & pitch videos were a little more upbeat and EDM/Pop like. The sound evolved to become something more sinister and brutal that the earlier music wasn’t conveying.

-Do you have a favorite scene in the film, musically?

Oh yes! The final reveal at the end of the movie is my favorite. The whole sequence is so well acted, directed, shot, & edited. The music features the main theme of the film in its full glory. I’ve watched that scene so many times and it still gives me goosebumps.

-How long did it take you to score Initiation?

It was super fast to score it! I only had about a month to complete it. But fortunately, John & I had already had so many conversations about what we wanted to achieve with the Score, that by the time I got the film, it was just a matter of executing the vision and adjusting slightly from it here and there.

-As a composer, what would you say is your “go to” instrument?

My go to instrument would have to be my primary instrument, Piano. I many times, when I am first writing the themes for a film, prefer to sit down at an actual piano away from the studio and come up with ideas first. I think sometimes with all the crazy technology we have at our disposal, I think we can forget where the origins of the music comes from. I like to go back to the original “source” as much as possible before layering my ideas with technology.

-Do you have a favorite genre to score for? Why?

Sci-Fi / Fantasy is certainly my favorite genre overall. I think depending on what the film is centered around, there’s just usually more creative options at your disposal to tell the story through music. Not that you can’t write interesting music to more grounded stories. I’ve done that many times! But those genres are almost always needing something fantastical, and I just gravitate towards that kind of writing the most.

-What in your background inspired to pursue a career in film/television composing? Was it a conscious decision or did you kind of fall into it?

I had always loved movies when I was a kid. As I got older, I realized that in particular it was the music that really moved me in the most pivotal scenes. Once I knew it was a “real job” there was no turning back. The President of Berklee College of Music actually one time described me as a “laser guided rocket” towards film scoring. I am so grateful that I found my calling in life so early on and went for it with reckless abandon.

-You have a lot of projects that are in Post Production on IMDB, which one do you think audiences will get to see next?

Yes, you have to always to keep busy in this industry! If I had to guess it would be the action film I scored earlier this year called “Last Man Down” by Fansu Njie. It’s a really exciting project with some incredible action and the music was a total dream to create. From the whisperings I’ve heard, hopefully it’ll be coming out later this year!

-What is one of the best pieces of advice you have received from someone about the industry?

I think one of my favorite pieces of advice was from George S. Clinton, who was the Chair of the Film Scoring department when I was at Berklee. He made an analogy that when you get into this industry, you’re like a poker player at a table. You may win some hands and lose some hands, but as long as you keep your chips on the table, eventually, you will “make it”. I think for a lot of people starting out, especially if they don’t immediately find success (which is super rare despite what it may seem), it can seem like you’re starring down a dark tunnel and there just never seems to be that light at the end of it. But if you stick with it and keep improving yourself and finding like minded creative people to collaborate with, you will eventually find your way out and it will be all the sweeter for it!

-Tell us something about yourself that people might not know?

Besides scoring films & tv, I also write original songs. This year in particular I have a goal to release 12 original songs. So far so good! I have also been enlisting my own filmmaker friends to shoot music videos for them. It’s kind of a fun full circle situation with our creative relationships. I find writing songs gives me that opportunity to just write music for me without needing to serve a particular mission on screen.