Home
Comics
Real Life People That Superheroes Were Based After 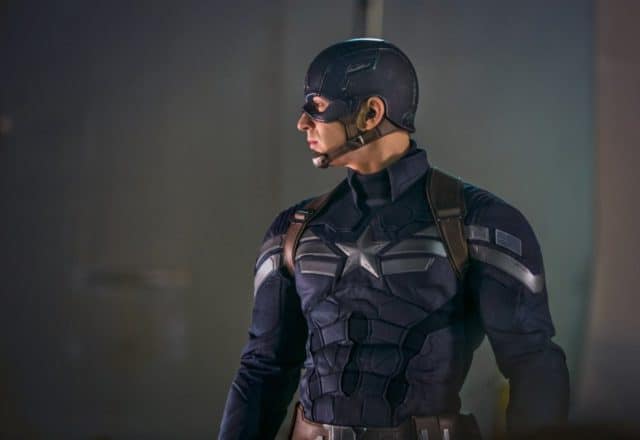 Most of the heroes you see in the comics seem larger than life and couldn’t possibly be based on real people, right? Well the basis for most fiction has to come from somewhere, and superheroes are often based upon real people either for their looks, their attitude, or simply because the character happened to remind the creator of someone in their life that made an impact of some sort. Most superheroes are based upon real life characters despite their outlandish appearance and insane back story. Before you get to wondering about Captain America as you see above though, he’s the ideal patriot and the big, muscular stereotype that a lot of guys wish they could emulate. If there’s a real person behind his persona then it’s a fairly well kept secret.

Here are some other heroes that you might not have realized were based on real people.

It was Yule Brenner’s performance in The King and I that really sparked Professor X’s look. The bald head and the heavy eyebrows kind of made the character unique, and having him be disabled was another quirk of his creation that was easily off set by the fact that he’s such a powerful telepath and can manipulate virtually anyone with his mind.

Bucky has been a part of the Captain America series for a long, long time. In that time he’s gone from being the kid sidekick to being someone that once had to defend a much weaker Steve Rogers from the neighborhood bullies. The original comic character however was inspired by a friend of Joe Simon’s that was a star basketball player and all-around good kid. Sometimes even the most innocuous inspirations can create a character that people come to love.

It’s not too hard to see the correlation between Stark and Hughes. Both are eccentric, rich, and as though to just punctuate the idea they both have a strange aversion to being handed anything. You can almost believe that Stark is another incarnation of Hughes, but without the OCD or craziness that plagued Hughes later in life. He definitely got the playboy attitude right, as well as the inventor aspect.

MacMurray was known best for his laid back attitude and his classic looks. He was chosen as the model for Captain Marvel largely because of his appearance and his calm, leisurely persona. This gave the character that kind of “every man” mien that fans really took to and could relate with. The superhero persona wasn’t really any different than the civilian aspect, so it worked on a couple of different levels. Not being over the top though did eventually affect Captain Marvel’s popularity.

Barry Allen was actually a reworked version of the Flash, who’s original name was Jay Garrick. When DC revamped its lineup in the late 1950’s though they came up with Barry Allen as the Flash, taking the names of two talk show hosts and mashing them together to make a whole new character. Why they did this had to have been personal reasons, because in truth there seems to be nothing about either talk show host that really correlates with the character.

How superheroes got their start is always interesting to learn, especially when one finds that they were based upon actual people.