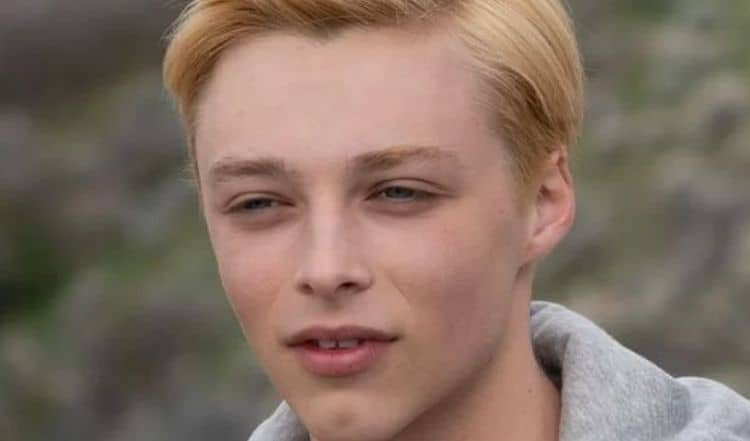 Reid Miller is still in his early 20s, but his acting journey began nearly eight years ago. Since making his on-screen appearance in 2014, Reid has continued to work his way towards bigger opportunities, and his time has finally come. Reid got a major break when he was cast in the movie Joe Bell. The role has given him the chance to share his talent with a wide audience, and his performance certainly didn’t disappoint. Reid also has three projects in the works although none of them appear to have official release dates. With a world of possibilities at his fingertips, there are a lot of people all over the world who are looking forward to seeing all of the things Reid can do. Keep reading to learn 10 things you didn’t know about Reid Miller.

Reid Miller may be living a big city life now, but that wasn’t always the case. He was born in Tennessee but primarily raised in Texas where he lived in small towns. Although he no longer lives there, he is very proud of where he’s from and his southern upbringing continues to play a big role in who he is.

2. He Has Behind-The-Scenes Experience

At this point in his career, most people are familiar with Reid for the work he’s done in front of the camera. However, he really enjoys every aspect of the production process, and he’s also gotten a chance to contribute from the other side. He made his debut as a writer and director in 2018 with a short film called Flikker. He also produced a short film called Jaeger in 2020.

Not only has Reid built up a pretty lengthy acting resume, but he’s gotten the chance to be part of some successful projects along the way. In 2019, he appeared in an episode of the popular Netflix series, You. The role may not have been major, but it was still a great opportunity to be part of a major production.

4. He Loves To Write

As a creative person, self-expression is very important to Reid, and there are several ways that he likes to express himself. Writing is something he’s always loved to do, and that doesn’t just include screenwriting. He has also written several short stories over the years although it’s unclear if any have been published.

5. His Mom Is An Actress

Apparently being a great performer is something that runs through Reid’s veins. As the saying goes “he got it from his momma”. According to the bio on his website, “his mom was a child actor, dancer, & model”. However, we weren’t able to find any information on his mom or her career. That said, both of his parents have always been supportive of his career.

Staying active has always been an important part of Reid’s life, and martial arts is his favorite way to accomplish that. He has been training since he was a kid and it’s something he’s taken very seriously. He has even earned his black belt. Needless to say, he isn’t someone you probably want to mess with.

7. He Wasn’t Familiar With The True Story Behind Joe Bell Before He Was Cast

Joe Bell is based on the true story of a father who walked across the country as a way to honor his gay teenage son who died by suicide. When asked if he’d known about the story before landing the part, Reid told Entertainment Weekly, “Honestly, I hadn’t heard of this story. It happened in 2013. That’s when Jadin took his own life. And I was 13 at the time. But when I got the audition initially, I did all this research and I found out about Jadin and his father. And there was a weird moment where I read the script and, knowing the story, it was like I sort of knew. I was like, Okay, I’m meant to do this.”

Even though Reid’s acting career didn’t start until he was a teenager, he started being home-schooled when he was in elementary school. While some children struggle in a homeschool environment, Reid absolutely thrived. He loved learning new things and he was able to graduate early.

9. He Had An Instant Bond With Mark Wahlberg

Getting the chance to work with Mark Wahlberg has been a great experience for Reid, and the two developed a tight relationship. According to Looper, Reid and Wahlberg formed an instant bond when they read together during the audition process. That relationship continued throughout filming, and Mark offered Reid some great pieces of advice along the way.

10. He Likes Being Out In Nature

When Reid gets a chance to take a break from work, he loves being outdoors. He enjoys doing things like going to the beach or simply exploring the natural beauty of his surroundings. Since working in the entertainment industry can be hectic, it’s always nice to be able to disconnect and just relax.