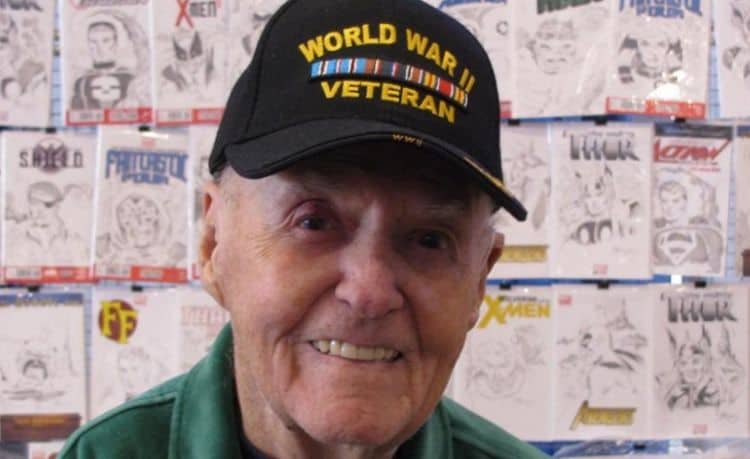 There is a way to determine whether a fan is a diehard or just a casual fan, and it has a lot to do with attention to detail. For instance, diehards would be able to tell you who wrote the comic, who drew the artwork, and so on and so forth. They would even be able to tell you who inked it, which would bring us to Joe Sinnott, who was lauded as one of the best in the business and was, as many inkers were, responsible for making the artwork look even more impressive than it already was. Anyone that’s ever been a comic book fan can admit that while a sketch is often great and gives a very distinct view of a character, setting, or even just a title, the inker’s final touches on the piece can make it stand out in ways that are hard to define and bring a new level of ‘wow’ to pretty much any piece. Sadly, Joe passed away quite recently at the age of 93, presumably of natural causes. His grandson however stated that he’d been drawing right up until the end of his life and had a serious passion for what he did the entire time. That’s enough to be inspired really, as that kind of passion is what a lot of people look for and too few ever find in their lives.

Briefly reading the story of his life, which is no doubt much more than what Wikipedia could easily cover, is still impressive as it gives the feeling that Joe is someone that has been there and done that in his line of work and did his absolute best at every turn. The inspiration that this man could give to just about anyone is subtle enough that those without the drive and the passion to do great things in the world of entertainment might find little to nothing apart from a great story about a great man. Those of us that have that passion however might actually feel that electric tingle that is inspiration attempting to remind us that we’re on the right course and that Joe Sinnott’s story can help us realize that if we ever get lost or have a moment of doubt. From his beginning point when he was attempting to simply gain recognition and further his craft to the days of working with Stan Lee and Jack Kirby, Joe never stopped learning as he sought to better himself and improve on his work with every step forward that he took. That alone is the kind of inspiration that keeps people moving forward and the kind of attitude that a lot of people still approach their passion with.

The job of an inker might not sound glamorous or appealing but it does carry a bit of prestige with it since they’re the folks that make everything stand out in such a bright and impressive way. As I mentioned though a lot of people might have read the comics and not paid a bit of attention to the group of individuals that were responsible for making it possible, thereby glossing over the whole idea that it takes an entire team to make a comic book actually work and come together, but dedicated fans have known for quite some time that this process is something that takes more than one set of hands and eyes to bring to the public, and Joe was one of the best. The one thing that anyone should say however is that there’s no need to lament his passing as he was given the opportunity throughout his life to do what he wanted an to enjoy the work that brought him so much, as that’s plenty to be grateful for. To be realistic the sorrow felt upon his passing should really be a heartfelt ‘thank you’ to a man that put so much into his work and was there for so long that he likely saw a number of changes take place that many of us didn’t even note until we were old enough to realize just how the process works.

Individuals such as Joe became leaders in their own way simply by doing what they love to do and showing a passion for the work even when it became difficult and possibly unbearable now and again. This is when those that truly love what they do push forward and find that joy in every breath and every stroke, creating an interest in others as they show just how to measure the job not by the minutes or the hours, but by the day, the week, the months, and the years that fly by as one finds enjoyment in what they do and a purpose that’s all theirs. It goes without saying that fans are going to miss Joe. Rest in peace sir.