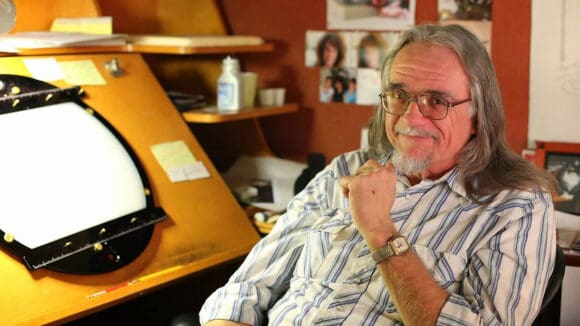 One thing that never ends is that at one point, those that have been in the business for so long are going to get older, and eventually they will no longer be with us. Animator and supervisor Dale Baer is to be commended and remembered since he had roughly five decades as an animator, which indicated his love for the job and the fact that his ability was without a doubt valuable to those that employed him for so long, then to those that worked with him up until the end. It’s saddening to think that those that helped to pave the way over the years when it comes to show business in all its form are starting to pass on, but it’s a natural part of life as well. At this time Dale’s cause of death is unknown, but the fact is that at the age of 70 there are a great many explanations that could be brought into account, not the least of which would have to do with any pre-existing condition he might have had. The crazed idea of labeling everyone that has passed on during the pandemic as having died from COVID-related difficulties hasn’t passed entirely, but it does feel as though it might have abated just a bit. As of now though, there’s no way to tell, until it’s revealed, what Dale did pass from. But instead of focusing on that, looking back at a career that spanned longer than some folks have been alive is far more interesting and important.

While there are probably quite a few people that don’t know about Dale, there are many that do and there should be more simply because due to his and many others contributions, the animated features that we’re given on the big screen and elsewhere are possible and can continue to entertain the masses. Dale is one of the many that had to weather the changes in animation as it continued to advance along with the technology, picking up new skills to add to his already impressive skill set as he went along. As one of the more well-liked individuals when it came to animators, he was loved by quite a few people and his passing comes as a hard blow to many individuals. The loss of such a talented individual is hard for anyone to take, but the idea that a talent such as his is so hard to find is something that feels even more tragic. There are animators aplenty in the business, but every last one has their own distinct style and touch that sets them apart from each other. Over the years Dale continued to animate but became a supervisor overlooking one project or another.

Being an animator isn’t the easiest job in the world and it’s definitely not bound to get one the most attention possible since people are simple in their pursuits sometimes, and audience members desire an animated story for the fun it can bring them, and for the brilliance that comes from top-notch animation. Unfortunately, not a lot of folks tend to stick around to see who does the animation and who’s in charge of making certain that everything comes out right. To a lot of people the credits are just a bunch of necessary names that were brought in to work on the movie, and they don’t tend to pay a lot of attention unless they want to know who voiced which character. It might sound a little cynical, but this is essentially what happens when a movie is over, meaning that the animators, for all the work they do and all the credit they deserve, don’t always get it. Thankfully their contributions don’t go without reward since a lot of them do find that if they are good enough at what they do and can impress the right people they’ll usually be able to maintain their position or find a job with another company. The fact that Dale held onto his role as an animator for so long is a testament to his skill and his way with people since being in the business for so long usually means that one has made the kind of connections they need and have figured out how to maintain those connections in order to keep things moving smoothly and always forward.

It could be said that this year isn’t being any kinder than last year so far, but considering that we’re in the first month and have 11 to go, thinking such a thing would be kind of depressing. Dale Baer and many others that have passed, with several notable exceptions, have all led long and successful lives, and while their passing is definitely saddening, one can’t help but say thank you to each person that has come and gone. Thank you for your contributions, sir, you will be missed.