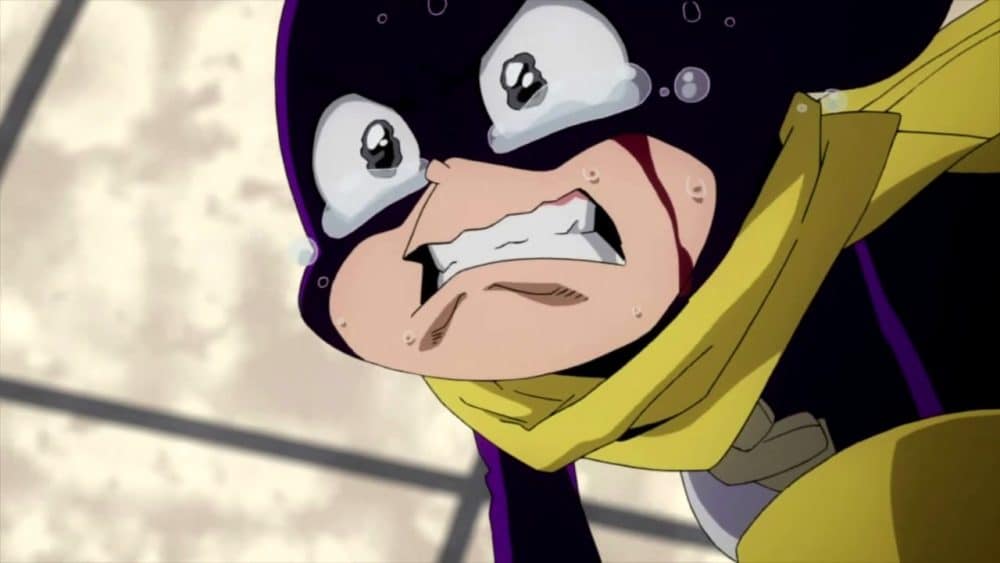 Minoru Mineta is a character in Hero Academia fandom that is a real piece of work. Recently deceased, there were plenty of people that were more than happy to see him go. If you’re into this sort of thing, you might have had something of a love/hate relationship with him. For virtually anyone else, there is a real question as to how anyone could have an affinity for this character. For all intents and purposes, he’s one of those individuals that would probably end up on several watch lists in the real world, and none of them are the type of lists you want to find yourself on.

For starters, this is a guy that’s supposed to be a hero, yet practically everything he does seems to scream exactly the opposite. The guy is a total jerk, to say the least. He’s got some serious character flaws, not the least of which involve him grabbing at women’s breasts and making lewd comments that are far better left unsaid. That fact alone should be bad enough to get him banned from supposedly being any type of hero, yet it doesn’t. Perhaps the more disturbing problem is that this isn’t even the least of his character flaws. There are so many more that must be discussed, as it’s impossible to discuss his life without honestly discussing who he really was.

Mineta wasn’t just disrespectful toward women, he was disrespectful toward almost everyone. He always had something to say, and it was usually something hateful, tacky, or otherwise in bad taste. One of his biggest issues was that he was always so quick to point out the faults of others, even when he carried those exact same faults. The problem was that he only saw issues with other individuals, never with his own actions. This is undoubtedly one of the most annoying things that any individual could ever do. There are few things worse than projecting one’s own shortcomings onto others who have done nothing to deserve it, all because the one in question is too self-absorbed to accept the truth. Nobody wants to be around someone like this, and no one wanted to be around Mineta.

Even when he was acting as a supposed hero, there was nothing heroic about him. He was, by and large, a coward who completely lost his mind in panic every time something didn’t go the way he wanted it to. How is that heroic? He even stooped to the level of crying hysterically when he was confronted with any kind of adversity. In addition, he wasn’t very effective at rescuing anybody, often finding himself in need of rescue in his own right. This is largely because he always had a tendency to overestimate his abilities and then he would fall apart when things weren’t going in his favor. It’s hard to imagine how anyone could consider an individual like this to be a hero in any capacity. In all honesty, he was more of a trainwreck than anything else.

As you might have guessed by now, he wasn’t exactly the most popular character that ever existed. In fact, he was widely disliked by almost everyone that knew him. Most individuals tried their hardest to steer clear of him if at all possible, and when they were forced to be around him, they quickly grew tired of his antics. A few even managed to get even with him a time or two, but for the most part, everyone just wished he would go away, as he really didn’t have anything to offer of any consequence.

It’s a common practice to eulogize the dead and make them sound like they were incredibly special, even if that means lying through one’s teeth in order to do it. However, that does not paint an accurate picture of who Mineta was. The truth is, no one missed him when he died. They were glad they didn’t have to put up with him any longer. Granted, this sounds extremely harsh, but it is the truth. The only one who could have changed that was Mineta himself, and he chose not to. In the end, nothing can change that now.