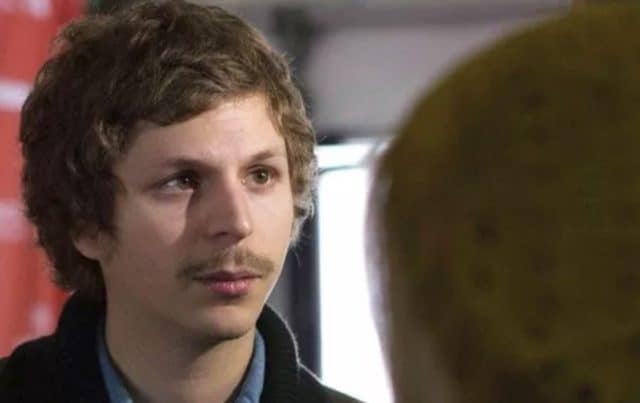 Anyone remember that time when Michael Cera decided to sport a mustache for a while? There are men that can pull the look off and there are those that just can’t, and unfortunately Cera falls into the latter category. Honestly if you look at the link and see the close up you’ll be able to see that it looks as though he took a bunch of shaved off hairs and affixed them to his upper lip. It’s simply not a good look for him since it kind of makes the actor look like he walked straight out of the 70’s to abduct a child in the current day. Okay, that’s harsh and I’ll admit it but there is something very not right about this look and it’s hard to stay quiet about it.

First off let’s say this: Micheal Cera is talented enough to belong in Hollywood and on screen. For some he’s a comedic genius and for others he’s worth the effort at least. In many cases he’s kind of an acquired taste since in reality he’s got a pretty weak-looking stance, face, and he’s not always a very strong character in the movies even when he’s supposed to be the guy that stands up for himself finally. In reality he’s kind of the geek that gets the girl finally and finds a way to get his self-respect and prove to people that he’s worth something. That’s kind of been his whole act for a while now in one way or another, and it’s worked to make him a star. But the mustache is just not working no matter that some people might bother to argue and say that it does. It just doesn’t belong on his face is what it looks like. It gives him the look of a rather disturbing individual, the kind you either laugh at because he looks that lame or the kind that you watch from the corner of your eye since he might look a little bit shady to you, in a comical way though.

That says nothing about his talent since he’s been in enough movies by now to show that he has plenty of acting talent and the chops to back up any claims he might make. But this look is just hard to get around, almost like a blemish that’s smack in the middle of someone’s face. You don’t want to mention it, you don’t want to look at it, but your eyes are drawn to it all the same in a way that you can’t fully avoid since it’s kind of like looking at a car crash. The general consensus is that you shouldn’t look, but you really can’t pull your eyes away even if you just barely glance at it. That’s the kind of horrible this wispy little mustache is, a car wreck that collided on Cera’s upper lip.

In a way it’s like he just hit puberty when he became an adult, according to this small line of facial hair.