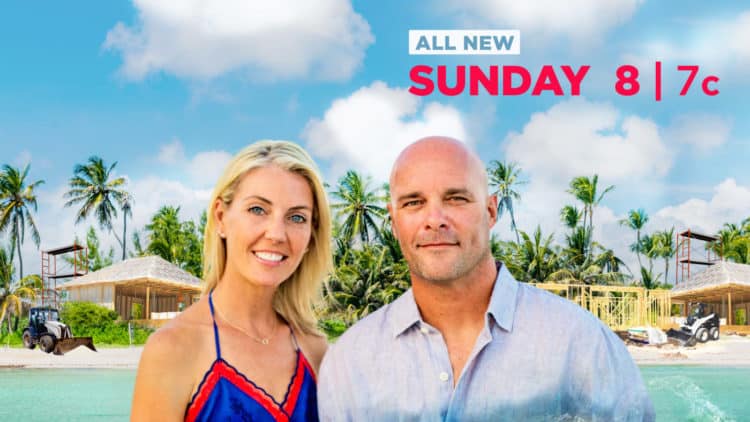 If you’ve ever dreamed of living on your very own tropical island, the show Renovation Island is perfect for you. The series follows renovation experts Bryan and Sarah Baeumler as they work to restore an abandoned resort on a small island in the Bahamas. If you’re a fan of renovation shows, you know that even renovating a single room can be time consuming, so the process of revitalizing an entire resort is even more intense. Although the project comes with its ups and downs, the Baeumlers are ready for whatever comes their way. Since traveling to most places is still up in the air due to the pandemic, this show can give you a chance to visit a beautiful island right from the comfort of your home. Continue reading for 10 things you didn’t know about the HGTV series, Renovation Island.

1. The Show Is Actually A Rebroadcast

Renovation Island is being marketed as a new TV show, but it’s actually not new at all. The show was filmed in 2018 and originally aired on HGTV in Canada under the name Island of Bryan. The show was repackaged to air in the United States this summer.

2. The Baeumlers Invested Millions Of Dollars In The Property

As you might be able to guess, buying a resort in the Bahamas isn’t cheap – even if the resort has been abandoned for several years. However, even the Baeumlers were surprised by just how much everything ended up costing when it was all said and done. They purchased the property for about $2 million, but spent more than $10 million to get all of the renovations done.

3.  The Family Really Lives And Works On The Island

No matter how real a reality TV show claims to be, most viewers cant’t help but to have a little bit of skepticism. However, Renovation Island is as real as it gets. The Baumlers really do live and work on the resort they’ve purchased and it is their permanent residence.

4. The Resort Is Closed

The resort featured in the show is called Caerula Mar Club. Once the renovations were completed, the Baeumler family was able to open for business. Unfortunately though, the location is currently closed to the COVID-19 pandemic. The good news is that the resort will reopen on October 24.

5. The Baeumlers Have Been On HGTV Before

Renovation Island may be Bryan and Sarah’s most popular TV appearance, but it isn’t their first or only. They’ve actually worked with HGTV in the past. They are actually quite well-known to the HGTV Canada audience and they have been in several shows over the years.

6. The Show Offers A Unique Perspective

Renovation shows have become extremely popular over the last decade. At this point, we’ve been able to see how things are handled at every point in the process. However, Renovation Island gives viewers a different perspective because it involves a resort and now a residential building or specific room.

One of the biggest challenges the Baeulmers had to deal with after purchasing the resort was the property’s age. Not only had the place been abandoned for several years, but it had also been built in the 60s. On the other hand though, the property’s age also means that it has lots of character and history.

8. There Will Probably Be A Second Season

When people find a show they like, one of the first things they want to know is whether or not it’ll be renewed for a second season. Although we were unable to track down an official renewal announcement for Renovation Island, there’s a good chance the show will be brought back for a second season since Island of Bryan has already aired its second season.

When Hurricane Dorian hit the Bahamas in the summer of 2019, it proved to be the worst hurricane the country had ever seen.  84 people lost their lives and hundreds of homes and businesses were destroyed. Miraculously, Caerula Mar Club survived the storm and was able to remain functional.

COVID-19 has most of us spending lots of time in the house watching TV. With that being said, there’s nothing worse than getting invested in a show to find out it only has a handful of episodes. The food news is you won’t have to worry about that with Renovation Island. The show’s first season will have 11 episodes. If you still feel like you need a little more, the show’s page on the HGTV website will also feature some exclusive clips and interviews.