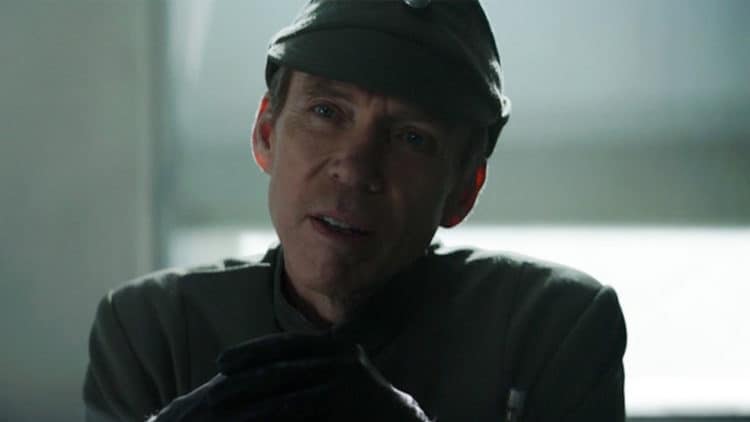 With more than 25 years of on screen appearance to his name, Richard Brake has managed to find both consistency and longevity. The talented actor has over 75 credits and the list just keeps growing. Over the course of his career, Richard has played a wide variety of characters and he’s gotten to work with some of the biggest names in the business in the process. His natural ability to keep audiences engaged and entertained is something he has brought to every role he’s played. His most recent role in the Disney + series The Mandalorian has introduced Richard’s talent to a whole new generation. Keep reading for 10 things you didn’t know about Richard Brake.

1. He Started Acting As A Teenager

Many actors have adorable stories about how they’ve known they wanted to act since they were in diapers. That isn’t exactly Richard’s story, however. He didn’t get into acting until he was a high school student at Western Reserve Academy in Ohio. His first role was Judge Danforth in The Crucible.

Throughout his career Richard has gotten the chance to do a lot of cool things, one of which was appear in a music video. Richard has a role in the video for the 2006 song “Knights of Cydonia” by Muse. The song has gotten more than 34 million views on YouTube.

4. He Studied At Duke

Richard Brake definitely has lots of natural talent, but that isn’t the only thing he has. He attended Duke University where he studied English and Drama. During his college years, he did lots of theater work which helped set him up for the success he’s achieved in his on screen career. It’s unclear whether or not he earned a degree from Duke. After college, Richard went to New York where he studied at the Michael Checkov Studio. He finished up his training at the Mountview Drama School in England.

5. He Has Done Voice Work

Sometimes people in the entertainment industry are encouraged to find one thing they’re good at and stick to it, but Richard has never been scared to branch out a little bit. In 2005, he made his debut as a voice actor with the video game Juiced. He also has a voice role in the upcoming game Squadron 42. There’s a good chance we’ll see some more voice work from Richard in the future.

Despite the fact that he’s been in the spotlight for the better part of four decades, Richard has never been the type of actor who likes to let his personal life play out in front of the cameras. He has remained private throughout his career although we do know that he is proud father and has two children with his ex-wife, Rachel.

Sometimes it’s the simple things in life that really mean the most and that’s something that Richard fully understands. When he isn’t busy with work, he loves spending time enjoying the great outdoors. Some of his favorite activities include hiking and exploring.

8. He Is A Texas Chainsaw Massacre Fan

Not only does Richard have experience working in the horror genre, he’s a fan of it as well. When asked about his favorite scary movie he told Pop Horror, “Texas Chainsaw Massacre, the first. That was the one that just… I can never get that one out of my head.”

9. He Was In An Episode Of Supernatural

If you take a quick look at Richard’s resume, you’ll be overwhelmed by the amount of on screen appearances he’s made. Even when he’s just on a show as a guest he always leaves a great impression on viewers. One of his most notable guest roles was in a 2017 episode of the hit series Supernatural.

10. He Loves Interacting With His Fans

Building a strong relationship with fans is something that isn’t lost on Richard. He is thankful for all of the people who have supported him over the years and he loves using social media as a way to interact with them. Richard likes to show love to his fans by posting the fan art they make for him on social media.