Home
Movies
Rocketman Bans are a Step in the Wrong Direction 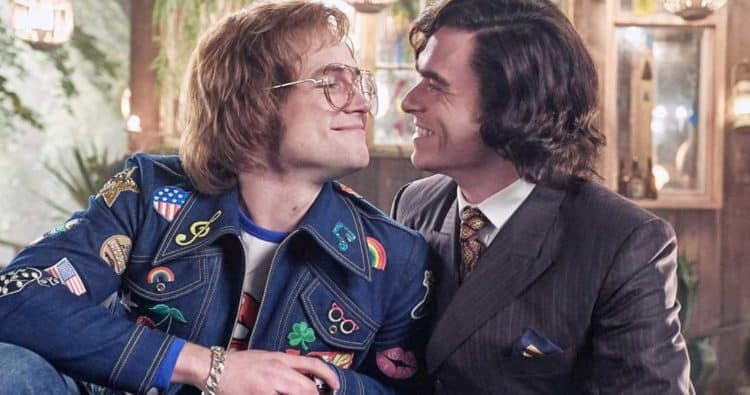 As Ryan Scott of MovieWeb has allowed us to see, along with many others, some places simply can’t stand a differing opinion or lifestyle. Being fair to Samoa though the response to the biopic, Rocketman, the life of famed singer Elton John hasn’t been widely accepted by everyone in any part of the world really. But to be equally fair and honest a lot of people happen to like his music, so they hypocrisy is going to flow like a river until people can get over it or possibly find an inroad that will allow them to stop cherry-picking what they do and don’t like in popular culture. It’s true we all do this and we make our own reasons for it, but the act of Samoa actually banning Rocketman while no doubt enjoying Elton John’s music is still a head-scratching moment that we’ve all seen more than once in our lives. People like one part of a person, they enjoy what’s being produced, until something is shown or done that upsets their precious belief system.

At this point I could easily go into Christianity’s many faults and foibles throughout the generations since it was first brought to the world. Yes, it’s true, Christianity is not the be-all, end-all of the world as some would have us believe, but I won’t. It’s simply too easy and brings about too much added controversy and there’s simply not enough painkillers to deal with the headache to come. What I will say is that it is Samoa’s right to say ‘no’ to Rocketman, though it’s a bit saddening in a world where people want to get along and preach tolerance to one another. The idea of tolerance is funny at this point since it’s talked about constantly and usually by those that can’t stand the supposedly intolerant thoughts of others they don’t agree with. But intolerance begets intolerance it would seem since religion is a big reason why some folks simply don’t ascribe to certain facets of life that they can’t reconcile with.

You don’t have to be a member or even a supporter of the LGBTQ+ community to watch this movie. Rocketman isn’t a surgical strike at pop culture to allow the community a stronger foothold in the world. It’s a story about a man that has been seen as legendary throughout the last few decades and has carved a path through the music industry. It’s a tale about his life, glamorized at times no doubt, and not a push for the LGBTQ+ community to ‘infiltrate’ the lives and minds of those that watch. In some ways that seems to be what the reaction of those in Samoa and other locations would indicate unfortunately. If a person doesn’t understand something, doesn’t believe in, and subsequently fears it, they’ll seek to deny it or destroy it. Whether said individuals deny this or not the fact is that humanity has a bad habit of trying to destroy what they don’t understand out of fear and a severe lack of tolerance.

One thing that is uplifting was covered by Justin Wise of The Hill, and that was the fact that the Samoan censor who was contacted for an interview stated that it was a good story, even if it did conflict with the beliefs of those within the region. That’s some praise at least, enough that it can be called some form of tolerance if not quite enough to assuage the idea that Samoa is taking a serious step backwards instead of forward along with the rest of the world. That of course is an opinion and not a far-reaching one since the rest of the world isn’t really fit to speak on who’s stepping forward and who’s remaining in the past when it comes to tolerance and acceptance. The USA would absolutely love to state that we have a monopoly on tolerance, as would several other countries, but the truth is that while more people here are willing to accept such ideals that are brought forth by the LGBTQ+ community, many still oppose them quite vehemently for little to no reason other than that it offends their belief system.

If you’re laughing at that line right now don’t feel too bad since in a country where we have the freedom to say what we want to say and enjoy what we want the idea of anyone simply banning anything on the basis that it might offend their beliefs is kind of amusing. If you don’t like something it’s very easy to simply look away, move away, or stop listening. Some might ask why they’re expected to do such a thing when the object that offends them should change, but the answer to that is pretty simple: the right of some people to enjoy something is not trumped by another person’s feelings.