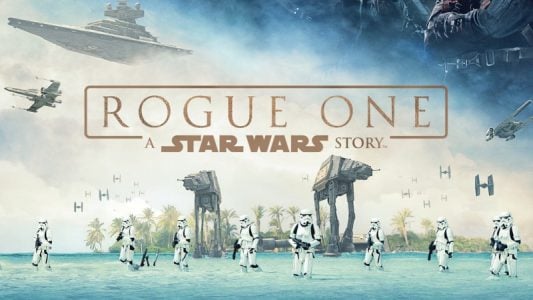 Since it debuted in May 1977, Star Wars has transcended the typical divisions that normally divide the film community: divisions like â€œhighbrowâ€ and â€œlowbrow,â€ â€œarthouseâ€ and â€œblockbuster,â€ â€œmainstreamâ€ and â€œnerd.â€Â  Its appeal is so universal that you would be hard-pressed to find somebody who doesnâ€™t love the movies, including those who otherwise hate science fiction.Â  Even the prequel trilogy â€“ widely reviled as the very worst of the now-eight film franchise â€“ has its vocal defenders.

One of the big cinematic questions of 2016 â€“ the kind of big questions that dominate the popular discussion â€“ was will â€œRogue One: A Star Wars Storyâ€ be good.Â  Of all the movies that have spun out from George Lucasâ€™ pulpy space opera, only the latest has been met with such speculation and inherent distrust. 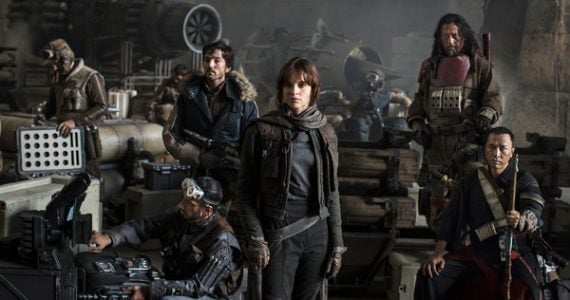 It isnâ€™t so surprising, not when you consider the delicate position it is in.Â  Rogue One is the first Star Wars movie not to be part of the Skywalker saga, the first not to be part of a larger trilogy and the first of a series of spinoffs set amidst the generational conflict between the Empire and the Republic.Â  Its cast includes characters whose actors have either died or aged out of their roles.Â  Its central narrative is a minor plot point in the backstory of A New Hope.

Further fueling speculation of its likely failure were whispers of a troubled production, the poor reception of its initial cut and its extensive reshoots.Â  Much of the film was reworked in post-production, including the entire soundtrack, which was thrown out and rewritten.Â  After the first trailer hit, Disney repeatedly told fans to check their enthusiasm: that it was an experiment, that it was not going to be good as the main saga, that it was just a fun diversion between the â€œimportantâ€ films.

WhenÂ all is said and done, however, Rogue One: A Star Wars Story is good.Â  Better than good, itâ€™s easily one of the best films to come out this year.Â  Itâ€™s not Empire Strikes Back nor Force Awakens, but it was never trying to be in the first place.

Most of the issues that weigh the film down â€“ most of which I imagine are the product of hasty and extensive reshoots â€“ are in the first two thirds of the movie: Jynâ€™s recruitment by the fledgling Rebel Alliance to rescue her father, an Imperial scientist working on the Death Star, and her teamâ€™s attempts to follow through with that plan.Â  This first hour is uncomfortably structured, not flowing from Point A to Point B as much as it jolts from one planet / scene / set piece to another: half-hazardly ticking off the necessary plot points to get us from the filmâ€™s title card to its climax.

Itâ€™s not that the first hour doesnâ€™t work, itâ€™s just that its events donâ€™t work together.Â  They fill a utilitarian need more than they delight us with their creative excellence.

While, collectively, the secondary cast has about as much development as you would hope for, even at 134 minutes thereâ€™s not enough screen time to go around for them as individuals.Â  Baze could have been cut out entirely and I doubt that anybody would have noticed.Â  Iâ€™m shocked Bodhi made it past his second scene, during which he had seemingly been written out.Â  Many of them seem like vestigial remnants from the first cut of the film, from before everything was upended in reshoots.Â  Excising them would have resulted in a more intimate and manageably sized cast and would have gone a long way to making even the bit-players feel as lived in and complex as the worlds they inhabit.

Beyond Rogue Oneâ€™s shortcomings, however, is a film of remarkable artistry.Â  Itâ€™s climax â€“ a multi-tiered battle both on the surface of and in the atmosphere over the Imperial planet Scarif â€“ is the best non-Jedi battle of the entire franchise.Â  It is both a memorable callback to the large-scale Rebel assault on the second Death Star in Return of the Jedi and striking, ground-level, Vietnam-esque combat that is entirely new to the series. 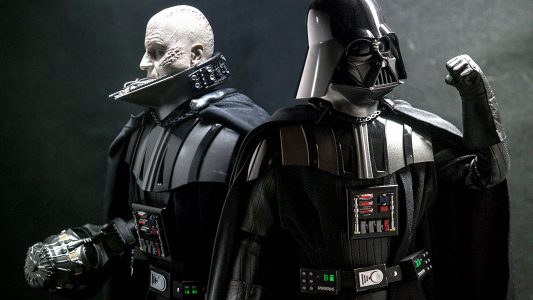 Vaderâ€™s volcanic fortress is a brilliant sci-fi re-imagining of Orthanc, Sarumanâ€™s tower fortress from The Lord of the Rings.Â  Not only is its bleak, jagged surface cut by open lava flows a perfect visualization of his seething rage, but it is also a solemn representation of his tragic past: a constant reminder of the worst day of his life, when he betrayed the Jedi order, murdered his wife, lost his children and was savaged by his best friend and mentor.Â  While it is easy to assume that the planet as some strategic value in the wider galaxy â€“ suitable as a reward to an Imperial of his rank â€“ it is also another example of the same psychological manipulation that the Emperor used to transform an ambitious Jedi knight into the crushing right hand of the Sith.

A key concern of mine going into the film was the potential misuse of Vader.Â  As a fan-favorite villain whose narrative dominated the first six Star Wars episodes â€“ and whose dark legacy haunts Kylo Ren in the new trilogy â€“ it is only natural that Disney would want to bring him front and center in its latest, unsure outing.

The problem is, though, that Vader isnâ€™t â€“ or at least shouldnâ€™t be â€“ the end game of Rogue One.Â  Like the shark fromÂ Jaws, he is a background character whose function is primarily to create a permeating atmosphere of dread: the promise of a swift and brutal punishment should those beneath him fail.Â  He is the context of the filmâ€™s action, not the cause nor resolution of it.

Besides, while his rank and function within the Empire would ensure his presence in and around the Emperorâ€™s pet project, he never was a true believer in the planet-killing superweapon.Â  While naturally impressed with its destructive capabilities, he famously argued in the first movie that â€œthe ability to destroy a planet is insignificant next to the power of the Force.â€Â  Why then would he be its chief defender in Rogue One?

Director Gareth Edwards applied the same teasing pragmatism with Vader as he did with the titular monster in his 2014 remake of Godzilla.Â  Although on screen for less than five minutes, Vader is a dominating behind-the-scenes presence that actively drives the narrative forward to its satisfying end.Â  And when he finally lets loose at the end of the film, it is truly a sight to behold: the best Vader combat outside of him squaring off against Luke in episodes V and VI.

This isnâ€™t your fatherâ€™s Star Wars.Â  This isnâ€™t a heroic quest where noble protagonists find their place in a just and caring universe.Â  Rogue One is about assassins, saboteurs and spies: about once-good people committing atrocities in the name of freedom.Â  Itâ€™s about digging your hands into the red mud of insurgency and trying to build a better future: not for yourself, but for those who didnâ€™t have to compromise themselves like you had to.

If you love Star Wars, or even the idea of Star Wars, do not hesitate to see Rogue One.Â  See it early and often.Â  Take your kids to it, your parents, your neighbor from three houses down.Â  Seize every opportunity to experience this movie while it is still in theaters.Â  It is the exact kind of entertaining, well-crafted blockbuster that we were denied from the lackluster summer season.Â  If Disney can produce this good of a film after this kind of disastrous production, then I trust them to make good on the promise of Han Solo: A Star Wars Story and Episodes VIII and IX.

Buy on BluRay:Â  Of course!