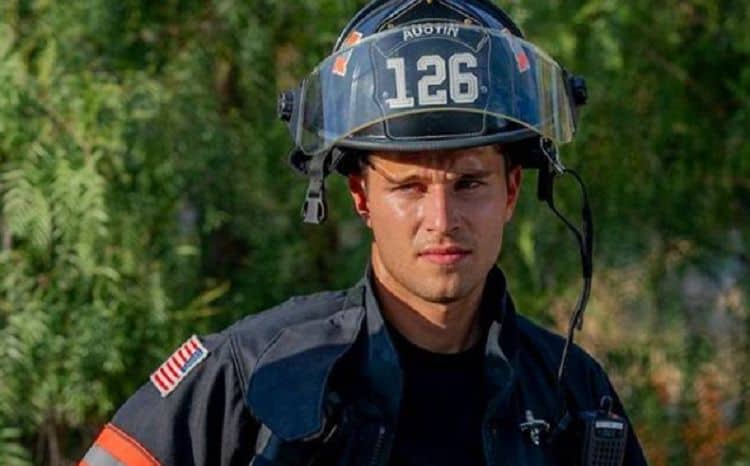 Ronen Rubinstein is an actor who is best known for his appearance on the series on Freeform “Dead of Summer.” Most recently, he has appeared in the new television series “9-1-1 Lonestar” co-starring with Rob Lowe and Liv Tyler. We wanted to know a little more about him so we took a look into his history and we learned some fascinating facts that we’d like to share with you. Here are 10 things that you probably didn’t know about Ronen Rubinstein.

1. He is also a musician

In addition to being a talented actor, Ronen Rubinstein is also a musician. He plays two different instruments. He plays the ukulele and the bongos. This is a little tidbit that most of his fans were not yet aware of and it’s nice to know that one of your favorite celebrity personalities has multiple talents.

2. He wasn’t born in America

Although he is an American actor, Ronen wasn’t born in the United States. He was born in Rehovot, Israel on November 7, 1993. He is 26 years old and he has a sister. His family moved to the United States and he attended a high school in the Staten Island area where he graduated.

3. He appeared in “Orange Is the New Black”

Ronen Rubinstein got his first big break as an actor when he landed a part in the television series “Orange Is the New Black.” This gave him the exposure that he needed to let the world know what a talented actor he is. After appearing in the series it opened up new opportunities for Rubinstein. Right afterward he was offered a starring role in a new television series alongside actor Rob Lowe, titled “9-1-1 Lonestar.” He plays the part of Lowe’s son and the two of them are firefighters who were reassigned from New York City to Texas.

4. He serves as a role model in his new series

Rubenstein plays the part of the son of the Chief of the Fire Department. Tyler Kennedy Strand is a firefighter who is openly gay and he is also in the process of recovering from opioid addiction. This is a very educational series as it follows details of Tyler’s life and the struggles that he encounters with a good dose of realism, but it shows that the human will and inner strength can be summoned to overcome some of life’s worst circumstances.

5. He is a fashionista

Rubinstein is very good at giving his fans lots of attention. He has even shown up to surprise them with special ticket giveaways and chances to win tickets to movie premieres. He has just shown up to say hello and take photos with fans and he is happy to visit with them and answer questions that they have. He acknowledges that his fans are important and their support is what has helped him to reach the level of success that he now enjoys and he is not about to forget this. He loves meeting people who are fans in person and talking to them.

At the age of 26, Ronen Rubinstein has only been acting for 7 years and he admits that there is still a lot to learn. He enjoys watching Liv Tyler and Rob Lowe in action because he is constantly picking up tips from seeing how they perform their roles. These are big names that he grew up watching and now that he is acting alongside them it makes him pay close attention to what he is doing and to step up his game. He feels privileged to be involved with them and it’s like he’s a student again because he’s learning so much more about acting.

8. He is a writer and director

Ronen Rubinstein already has one credit in his portfolio as a writer and director. It is for the film short titled “Something in the Way,” released in 2013. He also starred in the role of James Manning in the short. He is branching out in his skill-set in the entertainment business which shows the world that he is going to be a major player in the film industry if he continues on his current trajectory, which is spiraling upward.

Ronen Rubenstein’s first professional acting gig was in the 2011 film “Detachment.” He played the part of Gangsta. The same year he appeared as Insurgent 2 in the film short “Katya.” The following year he appeared in the film short “A Promise Is a Promise” and the following year, he wrote, directed, and starred in “Something in the Way,” and appeared in the film “It Felt Like Love.” He continued acting with small parts including “Jamie Marks Is Dead,” in 2014, and in 2015, in “Condemned,” “Some Kind of Hate,” and a guest appearance in “Orange Is the New Black,” His first recurring role was in the 2016 television series “Dead of Summer” as Alex Powell. He went on to fulfill 3 more minor parts in “Smartass,” “West of Time” and “Dude” from 2017-18.

Ronen Rubinstein has been an emerging star until recently. In 2019 he appeared in “Bushwick Beats,” and “Less Than Zero,” but his latest recurring role is a meatier gig that showcases his character and has given him the opportunity to shine. He is a rising star to keep your eye on because he is shining brightly in his current role. He will continue to appear in “9-1-1 Lonestar” through 2020, and he also has another film coming out called “Follow Me.” The project is currently in the post-production stage of development and he will appear as a character named Alexei. The film is scheduled for release sometime in 2020.