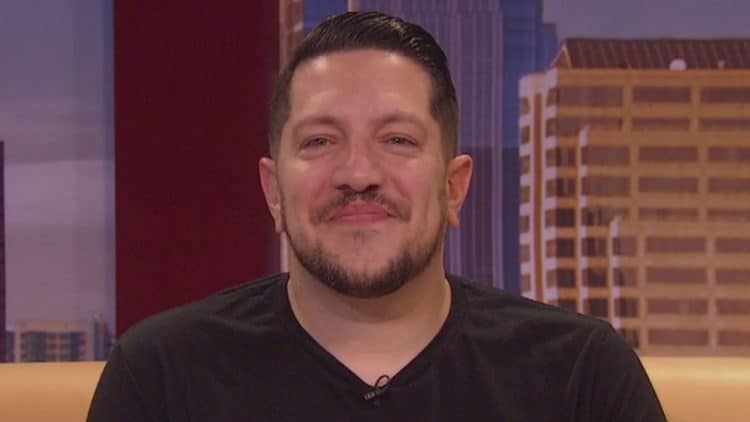 From the practical jokes that Sal Vulcano and his troupe play on each other, you would be mistaken to think that is all there is to the man. He is a finance graduate from St. John’s University; hence, he is always looking at the financials of the comedy business. Sal’s parents divorced when he was a child, but that has not dimmed the brightness in his life. He is a happy soul who has, unfortunately, had the most punishments out of the four friends. Learn more about Sal’s life beyond his appearance in “The Impractical Jokers.”

1. His favorite basketball player of all-time

Sal is a basketball fan who loves the New York Knicks. It is during the era of John Starks that Sal found the game to be the most entertaining; therefore, when he had the chance to meet John Starks, it was a dream come true. The fact that the player turned out to have a noble heart made the experience memorable. Now that he has already met John, Sal hopes to hang out with Patrick Ewing someday. To Sal, Patrick was the guy to look up to during his youth, and he believes spending time with the basketball legend would be worth every minute.

2. He would prefer if people put away their mobile phones

Nowadays, people are easily distracted with their phones; hence, some comedians collect the devices at the start of the show, and the audience can take them back once the performance is over. Sal and his friends are yet to start doing so, but he thinks it is a great idea. According to him, people taking videos of the performance are not only preventing those behind them from watching, but they are stealing the comedians’ intellectual property to post online. Consequently, Sal believes if they can get the audience to put away their phones, it would also be financially beneficial.

Since Sal is renowned for comedy, it is expected that he loves the genre. Therefore he discloses that among the best comedies he has ever watched are “PENI5” on Hulu and “Nathan For You” on Comedy Central. Although he also enjoys real crime documentaries, he admits they can be depressing. Hence, he prefers some crime drama shows, as evidenced by his all-time favorites that include “Breaking Bad,” “The Wire,” “The Sopranos,” and “Lost.”

4. The first hidden camera show he ever watched

“The Impractical Jokers” have made a name for themselves with their pranks on each other. However, the idea has been in existence for long. For instance, Sal revealed that he and his family enjoyed “Candid Camera” when he was just a child. By then, most shows were not fit for all family-viewing. Therefore, the series was an ideal opportunity for Sal’s family to connect. “Candid Camera” first aired on August 10, 1948, and after more than 1000 episodes, the final episode was shown in May 23, 2004. The series was so good that it came back in 2014 but only lasted for a season.

Sal admits that being with the troupe and punishing one another is a great feeling. However, he also enjoys doing stand-up comedy on his own because he likes the challenge. Therefore whenever he can, Sal will visit comedy clubs to work on new content. Doing it alone also allows him to do what he cannot while with his three colleagues. Hence, in January this year, Sal went solo at the Wheeler Opera House.

Avid fans of “The Impractical Jokers” know that most punishments that Sal receives are mainly about heights and dirt. His three friends know that Sal has a great fear of cats, heights, and germs; as a result, they take advantage of his many phobias to punish him. In one interview with silive.com, Sal could not stop complaining about how they lived in a bus, and they had all agreed to treat the bus like a real home. That meant they were not supposed to keep their shoes on, but James did. Sal said James loaded their home with urine and fecal material from the public toilets. Luckily, James yielded to the pressure and began removing his shoes. As for his germaphobia, Sal confessed that it is due to having a weak immune system while the fear of cats is after being attacked by a friend’s act multiple times.

7. He is a supportive friend

Although James married Melyssa, he had earlier declared that he is gay after Sal also decided to come out on national television. However, Sal revealed that he is not gay, and he only “came out” to make James comfortable enough to come out of the closet. Further, with Sal being an ordained minister, he officiated Joe’s wedding.

8. His opinion on weight

Those who are keen noticed that Sal lost some weight and looked much healthier. With a tweet he posted in 2015, we might have just found the reason he decided to shed some pounds. On Twitter, Sal posted that breasts get bigger with size, but a penis does not. He added that if the men’s sexual organs grew proportionately with weight gain, most men would weigh a ton. Perhaps it is the realization that his body part was not increasing that prompted Sal to lose weight.

9. He was a vegetarian for six years

Currently, more people are choosing to have meat-free meals for health reasons. However, vegetarianism dates back to legends like Leonardo da Vinci and Pythagoras. Celebrities like Ellen DeGeneres and Liam Hemsworth are also vegetarians, and Sal had gone down that road. He did not eat meat for six years, although his motivation is unknown. Whatever made him start eating meat is also undisclosed since Sal continues to prefer keeping his personal life private.

In 2014, Sal got his first permanent punishment that was a tattoo of Jaden Smith’s image. He was angry because the other two losers, Quinn and Murray, got tattoos that they could relate to, but Sal’s seemed out of place. However, that was not the first tattoo that Sal had on his body. According to Wiki Networth, he has tribal tattoos and a song lyric dedicated to a friend.