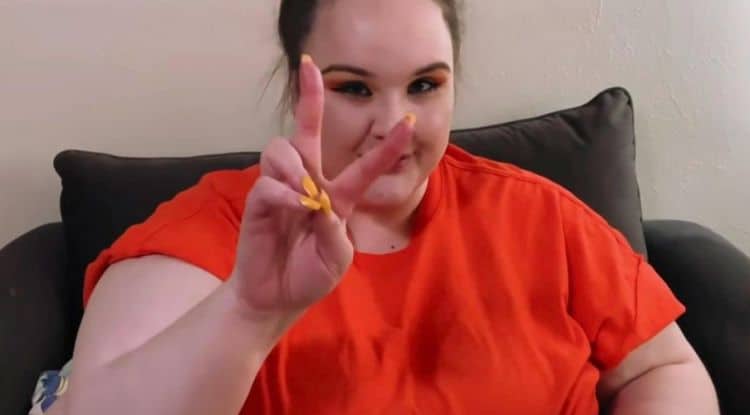 Everyone knows that TLC is the network for shows that aren’t quite what you expect when you turn on the television. They’re not always about feel-good shows. They’re not about primetime dramas. They’re dramatic, don’t get us wrong, but they’re off-the-wall reality shows that make you tune in, then they suck you in, then they make you wonder what you just did with the last hour of your life. “My 600-lb Life,” is one of those shows, and it’s heartbreaking. The show follows real-life people looking to get healthy and lose weight, but these are men and women with exceptionally drastic obesity problems. Samantha Mason is a young woman who is at a turning point in her life. Here’s her story, and perhaps a few things you didn’t know about her.

Mason is a model, and she really enjoys her job. She turned to fetish modeling online when she realized she was too big to find a job elsewhere. You see, once you reach a certain weight, it becomes difficult to even leave your own home. Getting around was a problem, and she had to do something to make a living. Fetish modeling allows her to do just that. She films herself eating for her fans who find her beautiful and enticing, and that’s how she makes her income.

2. Her Modeling Put Her Health at Risk

On the opposite side of her modeling job – the job that gave her self-confidence and made her feel even better about herself – is what it’s done to her health. She now eats for a living, and the novelty of doing that is not lost on her. She’s gained even more weight, and she stated in an interview that at one of her weigh-ins, she was a staggering 811-pounds, but there are other sources that state she was nearly 975 pounds when she had her surgery. She knows that this kind of weight puts her life at risk.

Being part of the TLC show has allowed her to have the surgery necessary to lose some of her weight. As recently as October 2020, she’d lost approximately 320 pounds. That’s a significant weight loss milestone, and she should be proud of herself. Each pound she loses adds time to her life. That’s time she gets to spend with her daughter and the people who love her most.

4. She Had Abdominal Surgery

The surgery she went in for was an abdominal surgery that included an immediate 114-pound weight loss. She now has a 6-foot incision around her stomach, and the doctors removed approximately 80 pounds of just dead tissue alone.

5. She Struggles with Food Addiction

Addiction is a real – and a dangerous – health concern. Mason knows this as she is suffering from food addiction. She calls food her ‘heroin,’ and says that it doesn’t matter what she does because everyone will always have a problem with her. She’s not wrong, either, and she makes an extremely valid point. She states that if she were ‘on disability,’ people would be unhappy, so she’s chose to ‘eat cakes for a living’ and people are still unhappy. What’s important is for her to remember that it’s not the happiness of anyone else that’s important.

6. She Didn’t Have a Good Experience on the Show

It was recently revealed that her time on the show was not good. She called it a learning experience, but she feels she was exploited by the surgeon the show paired her with. She’s since found her own doctors and team of surgeons, and she’s feeling much better about the time she’s spending with them.

7. She Had a Traumatizing Childhood

The reason she has an addiction to food is her childhood. She is very open and honest about this fact. She had what she called a rough childhood, and she suffered abuse. She doesn’t go into detail – and no one is asking to her share these things – about what happened to her as a child, but she knows that it put her into a dark spiral that has brought her to where she is today.

8. She’s Changing Her Life For Her Daughter

Her season was not quite the same as many. The crew who was filming her journey was forced to leave her alone and go into quarantine, and it became up to her to film her own show. It’s not easy for her to do this, but she managed to do it on her own.

Samantha Mason is doing what she has to do for herself, for her health, and for her daughter, and she’s doing well. She seems happier, she seems more confident, and she seems motivated now that her season is over. Good for her.