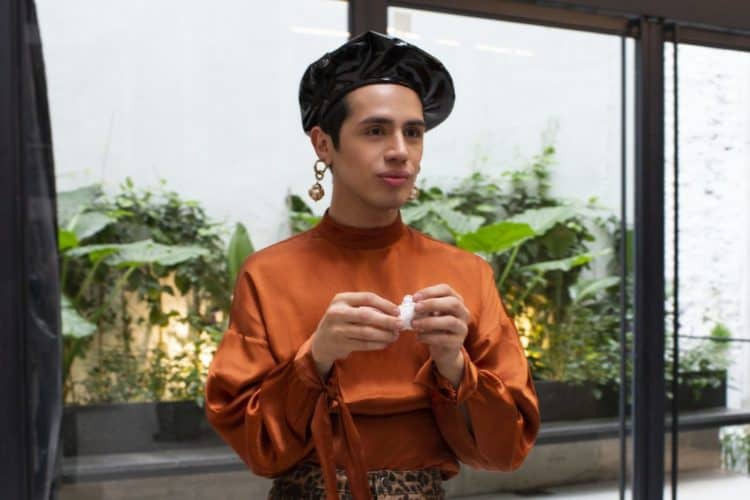 As a fashion designer, Santiago Artemis is known for his flamboyant and luxurious designing style. Considered ‘avant garde’, his styles reflect a taste that has not yet become the trend in fashion, yet shows great promise and is quickly developing popularity with his target audience. This award-winning designer has had people of renown wear his creations, including Lana del Rey, which is not surprising, considering that he studied his art at Escuela Argentina del Mod, as well as at the University of Buenos Aires.

Ranked one of the most famous fashion designers by Trend Celebs Now, Artemis is also one of the wealthiest fashion designers alive, thanks to the great success of his styles and design offerings. He has gained great success, even at a young age, making him even more prolific among his peers in the industry. As a designer, Artemis specializes in pattern design and pattern making, which was his focus during his years of training and study.

To get to know this designer a bit better, both professionally and outside of his career, let’s take a closer look at his life through the lens of one of our ’10 Things’ lists. Below is our compilation of facts regarding Santiago Artemis that we believe will help us all be more familiar with both the man and his work. So read on and discover one of the most famous fashion designers of our time.

Born on September 7, 1991 in Argentina, Artemis is 28 years of age and is a Virgo. Born Santiago Navarro, he was raised in a Mormon household that lived in the province of Tierra del Fuego. Before adulthood he knew what his career of choice was, and he pursued it actively, since becoming outrageously successful, and known for dressing both men and women in a manner that accents their best features with the use of color, texture, and cut of design.

With his base located at the center of Reccoleta, Artemis has a career objective of creating fashion that is completely original, and is designed only as ‘made to order’. Each and every piece is designed and created to suit the individual client, both inside and out. They are tailored to fit both the form and personality of the client, while being the embodiment of his own vision.

3. He Continues To Learn

One thing about Artemis is that he is humble enough to know that he is always learning, because his craft is forever changing. He didn’t simply stop getting an education because he earned his degree. Today, he continues to grow in his knowledge of fashion design by his ongoing study at FADU, and he continues to specialize in all aspects of pattern making.

One cannot have the dedication that Santiago Artemis has shown without getting proper recognition for it. He was the winner of the FACIF International Fur Contest, as well as the Saga Furs Scandanavia in 2015. His style, which is highly regarded for being non-gender conforming, is recognized through the winning of the awards which he has been recognized with.

As of March, 2019, Artemis has earned an approximated net worth of $3 million. At the current time his yearly and per session or design salary information is not available. But suffice to say that Artemis’ designs have found popularity with celebrities and the ‘Ã¼ber-rich’. It is expected that his salary will continue to increase as time passes, with no expectation of stagnation or decrease at the current time.

For starters, Artemis does have an active website which is used to familiarize others with him and his work. It is in Spanish, but an option for translation exists on the page. He is also an active presence on Instagram at @santiagoartemis, where he has over 160k followers.

Artemis does not just limit his talents to fashion design. He is also an actor, who stars in the Netflix original reality series ‘No Time For Shame’ (No Hay Tiempo Para la Verguenza), which is focused on him, his life, and his circumstances. It is entirely in Spanish, and accents his ‘larger than life’ personality. It is a six episode series that chronicles the life of the flamboyant designer as he works at his craft. Whether or not it is more of a reality show than a documentary has yet to be seen, but we weigh in on the reality show side of things.

Artemis, without so much as confirmation, is very gay, and he makes no bones about it whatsoever. He has had a variety of boyfriends, with his current one, Luis, also being one of his co-stars on his Netflix series. He also believes, quite flagrantly, in fact, that the very ‘idea of gender’ is a bunch of horse crap, in a couple of words. We don’t specialize in giving many opinions, so we’ll keep ours to ourselves.

Believe it or not, ‘No Time for Shame’ is NOT Artemis’ only acting job, which is likely why he is so adamant that the word ‘actor’ be used on his resume. He also appeared in ‘Manifesto’ (2012) at the age of 20, and in ‘Martin Fierro: La Alfromba Roja’ (2014) at the age of 23. He also made an appearance as a guest on ‘Morfi: Todos a la Mesa’ in 2018. He has also been a guest on, and appeared in, several other televisions shows and series.

As previously mentioned, Santiago Artemis is a Virgo, born in the Year of the Goat. While mostly gentle and sympathetic, as well as helpful, they can be seen as picky, wanting things to fit their specifications in their world at any cost. They expect those around them to fit into their ideas and expectations as well. They are naturally talented when it comes to arranging things and organizing their surroundings, giving them the gift of making order out of things that are otherwise terribly messy. They are acutely aware of things and highly intelligent. When this is added to their massive creativity level and imagination, the sky is the limit, as we can see with Artemis. Fitting, huh?

Obviously, Santiago Artemis was destined for fame from birth, and anyone who stood in his way was going to reap the consequences. While that doesn’t mean life or death, it does mean fitting in his particularly tight mold, but those around him seem happy to do just that, even though they complain and chastise him in the process. Well, he is suited perfectly for the things he does, both personally and professionally. We should all expect to hear more about him in the days to come, and don’t be surprised if we see more about this versatile young man, as well.