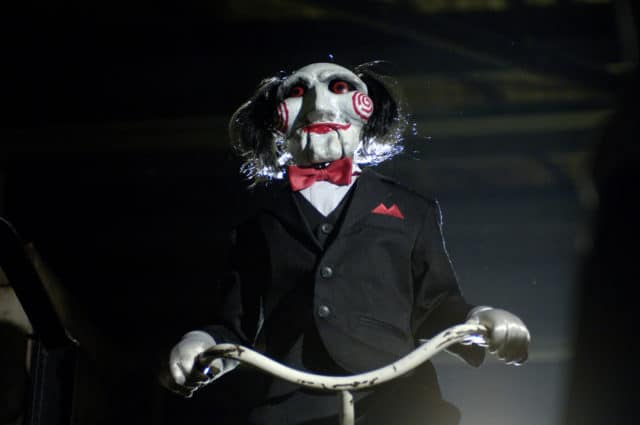 Director James Wan’s career really got it’s start with the Australian short film “Saw.” Leigh Whannell was the writer of the project and Wan directed the actors in the now famous short. This film was the springboard from which Wan’s career was launched. It began a very successful string of horror films that would draw crowds in for the great films which would follow.

The reason for the creation of “Saw”

The rationale for the short was to get the attention of producers who may possibly take an interest in the full version of the film. “The Saw” short is a scene that they filmed specifically for this purpose. They submitted it to Lions Gate Entertainment where Gregg Hoffman, Oren Koules and Mark Burg were so extremely impressed with the sample that they made the decision to produce the entire feature film. This was just the beginning of Wan’s so far, impressive career, and it launched the “Saw” saga which brought Wan tremendous success as a director.

It only took the cast and crew eighteen days to film “Saw.” This is remarkably quick and it shows what can happen when the right combination of professionals come together. The film made its’ debut at the Sundance Film Festival” and was later released internationally towards the end of October of 2004. The short is now included on the DVD and Blu-Ray versions of “Saw.”

The start of something special

At the age of 40, Wan is well known for his talents in directing, screenwriting and as producer of popular horror films. The “Saw” saga took off and was followed by “Dead Silence,” “Death Sentence,” “Insidious,” “The Conjuring,” Insidious: Chapter 2,” “Furious 7” and “The Conjuring 2.” The native of Kuching, Sarawak, Malaysia who relocated to Perth, Australia, then later to Melbourne, is now on his way to becoming one of the greatest and most well-known directors of this era. “Saw” brought in more than $103 Million world-wide, and it all started with a tiny budget for a short scene that they would use to lure in the funders necessary to produce the full feature film. Their gamble paid off in aces. The initial budget for the teaser was tight and the writer, Whannell, even starred in the role of David, which saved the additional money in its creation. Since that time, Whannell and Wan became executive producers for all of the sequels in the saga. The “Saw” series was done after the creation of the 3D version and after seven installments, it was time for Wan to find success in a new franchise

Wan’s interest in the real life paranormal investigators Ed and Lorraine Warren, would lead him to yet another pinnacle of success. “The Conjuring” and “The Conjuring 2” are each based on actual cases which the couple investigated. Patrick Wilson, who is quickly becoming to James Wan, what DeNiro is to Scorsese, starred in both installments. The two had previously worked together in horror films and there is a definite chemistry when they combine their talents.

Wan is also enjoying success with the “Insidious” franchise, which has begun its’ expansion since the original did well at the box office. It’s plain to see that his career is on fire. These are just a few of the massively successful projects he’s undertaken and we’re still expecting to see a lot more from him. It all started with a short scene from what Wan and Whannell hoped would be a worthy project in the eyes of those who had the funds to turn their dreams into reality.