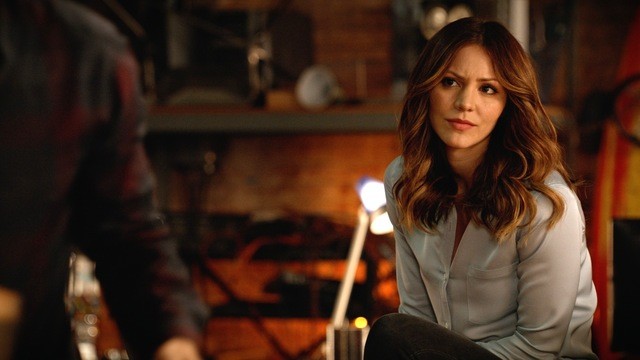 Sylvester is in for a surprising family reunion as the team tracks down a solar-powered weapon of mass destruction in this week’s episode of Scorpion. The hour begins with Agent Gallo, Toby and Walter heading to an unknown location. The shrink adjusts a webcam on Walter’s tie clip to get a clearer image. I was under the impression that Walter was going undercover again like he did in previous episodes, but I was surprised to see that he and Agent Gallo are participating in speed dating with Toby sitting at the bar acting as a virtual wingman. I grimaced at the thought of Walter going out into the dating world because he hasn’t quite grasped the concept of human interaction as he still acts like himself when speaking with others.

I literally facepalmed when Walter tried to follow Toby’s instructions, but things just went downhill from there. The part where one lady talked in a Dick van Dyke British accent makes me want to laugh at the irony of it all since the actor playing Walter O’Brien, Elyes Gabel, is British and he must have felt irked at the fact that his way of speaking has been butchered, for lack of a better word. I also wanted to shout “Don’t drink that!” when Toby took his drink from the bartender who had sneezed into it as he was putting the drink down on the counter, but it was too late as Toby took a sip and you guessed it, he got sick the next day.

Remember I said that Sylvester is going to have a family reunion? Enter Kenneth Dodd, a retired Colonel at the Aachen Army Base. Agent Gallo brought the Colonel in so that he can help them track down a powerful solar energy weapon known as the Sun Gun in the nation of Bahari in Northern Africa ran by a military President Desta Rahal (guest star Hakeem Kae-Kazim).

Sylvester wasn’t too keen on the idea of having to work with his Dad, whom he haven’t seen in nine years, three months and two days, to find a weapon that doesn’t exist. The human calculator tried to remove himself from the mission, but Walter insisted that Sylvester should go with them since the latter has software knowledge, much to the human calculator’s dismay.

After arriving in Bahari, the team met with President Rahal and it looks like Walter may have met his match in terms of IQ level. The genius has only 197 while President Rahal has 203. Toby stopped Walter from insulting the President and get himself killed in the nick of time. If Toby hadn’t told Walter to suck it up and be nice when speaking to President Rahal, Walter would be dead meat. I was intrigued when the President brought out a dish of boiled potatoes and a bottle of whiskey as a gesture of friendship and by the “umm…thanks?” look on Walter’s face, it would seem that he doesn’t really eat boiled potatoes and drink whiskey, but I’m not entirely certain.

The scene where Sylvester, Paige and Colonel Dodd, found the Sun Gun prototype in the warehouse, I was as shocked as Sylvester was when it was revealed that the weapon is not as imaginary as it was perceived to be. Guess fairy tales are real after all, well, when it comes to locating archaic weaponry anyway. Agent Gallo then suggested that they use the aerostat to transport the Sun Gun panels so that it crashes in the Mediterranean where Navy Seals will pick it up and seal it in a watertight bag. Unbeknownst to everyone else, the good Colonel put a few panels in his backpack, presuming that it’s proof to show that he was right about the Sun Gun being real and not fiction. Not to quote Happy again but, not good.

Later in the episode, the team was able to find the factory where President Rahal kept his hidden Sun Gun panels. Happy suggested that they “walk like Egyptians” and make solid stone with water, sand and limestone to encase the entire factory floor in stone, thus destroying the panels. The plan would have worked if it wasn’t for the fact that the Colonel took the original panels and when he took the shovel from Sylvester, a bag of limestone powder got knocked away which then knocked down the Colonel’s backpack, exposing the panels to sunlight and welded the hatch door shut.

Meanwhile, Walter, Paige and Happy are at the reception party held by the President to welcome them to try and get his smartwatch to open the compound’s gates and leave Bahari. Happy was close to swiping it from the President’s wrist when a woman named Sabina came to the President’s side. She whispered something in President Rahal’s ear and Toby assessed that the President is about to get it on with the lady and warned the team to take the watch soon before the President leaves.

Paige then came up with a brilliant distraction by dragging Walter onto the stage and sing “Don’t Go Breaking My Heart” by Elton John. Watching Walter sing made me laugh out loud as I reveled in the embarrassment and discomfort that Walter must be feeling and I smiled from ear to ear when Paige threatened to kill him herself if he doesn’t put more effort into the performance.

Happy finally managed to take the President’s watch after dancing with him and Sylvester and his father managed to get out of their predicament when they were stuck in the mortar with no way out. Everyone scrambled into the truck that Agent Gallo hotwired and made it out of the compound back to the States without so much as a scratch.

That night, Sylvester finally reconnected with his father and it turned out that Ralph was following Happy’s instructions when the young genius was taking care of Toby. The mechanical prodigy admitted to the boy that she is falling for the shrink which earned an “Ew. Gross.” comment from Ralph. Kids will be kids.

Walter complimented Paige on her lovely singing voice which then led the liaison to wonder if it was a “truth bending” compliment or a real one. Walter then used Paige’s words against her, but the woman wouldn’t have it. She then told her son that they’re going with Walter to Kovelsky’s until she gets the truth out of the genius. Walter agreed to answer her question as soon as she tells him who Elton John is. Paige, teach him a thing or two will you?

Team Scorpion tracks down a solar-powered weapon and Sylvester gets a surprise reunion with his father in this exciting episode of Scorpion. 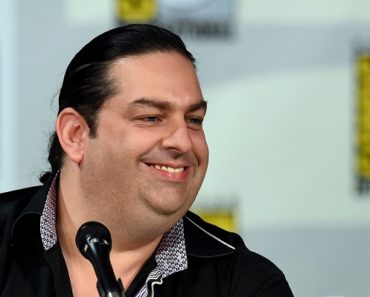