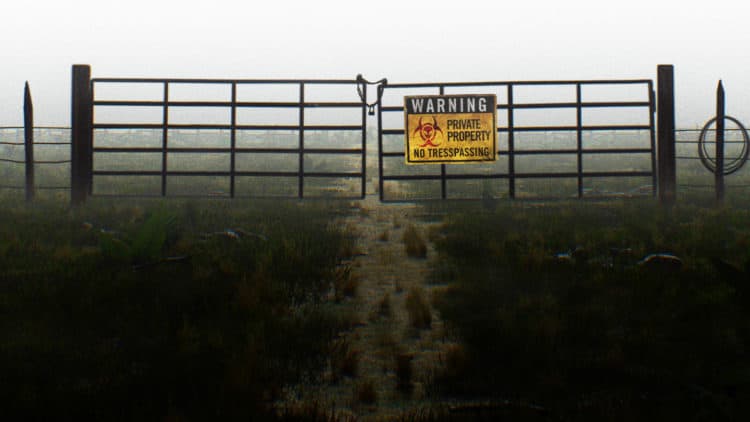 Do you believe that there is live on other planets? More specifically, do you believe that some of those other worldly live forms may have visited earth? If so, History’s new series, The Secret of Skinwalker Ranch is exactly what you’re looking for. The show will give viewers an exclusive look at Skinwalker Ranch in Utah. The location allegedly a hotspot for alien activity. Throughout the season, viewers will be able to watch never before seen footage and hear interesting opinions from scientists. Whether you’re a UFO enthusiast or just someone looking for something to watch, this show is sure to have you at the edge of your seat. Continue reading to learn 10 things you didn’t know about The Secret of Skinwalker Ranch.

Locally, Skinwalker Ranch has had a paranormal reputation for decades. However, it wasn’t until the Sherman family purchased the property in 1994 that Skinwalker Ranch became more widely known. During the family’s time on the property, they experienced several paranormal activities. They ultimately decided to move off the ranch and sell the property. While there, the family reported seeing inanimate objects moving on their own and they even claim to have made UFO sightings. The Shermans shared their experiences with a reporter who published a story on the ranch in 1996.

2. The Secret Of Skinwalker Ranch Is The First Time Cameras Have Been Allowed On The Property

3. The Owner Of Skinwalker Ranch Is Invested In Learning The Truth About The Property

Brandon Fugal wants to uncover as much of the ranch’s history as possible. He hopes to eventually get to the bottom of whether or not Skinwalker Ranch is a hot bed for UFO activity. He recently told Vice, “Science and discovery are what drive me. It’s not money. It’s not that I’m obsessed with UFOs or little green men or cattle mutilations or shape-shifting demonic entities. ” He is working with The Secrets of Skinwalker Ranch team to do as much research on the property as possible.

4. The Skinwalker Is A Shapeshifting Creature

If the name Skinwalker wasn’t creepy enough, the meaning behind it will definitely give you the chills. According to Navajo folklore, the Skinwalker is a shapeshifting creature that is considered to be evil. However, the ranch itself is located about 400 miles away from Navajo territory. Another Native American tribe, the Utes, were located much closer to the ranch.

5. There’s A History Of Cattle Mutilations On The Property

Cattle mutilations are one of the activities reported by the Sherman Family. They would routinely find their cattle dead or missing without a trace. In one instance, they witnessed a wolf attacking one of their cattle. However, when they shot the wolf multiple times it continued the attack. Many researchers believe that cattle mutilations are a clear sign of UFO activity.

6. Skinwalker Ranch Is On Almost 500 Acres Of Land

The Secret of Skinwalker Ranch is going to have a lot of ground to cover, literally and figuratively. Although there are different reports about exactly how big the ranch is, almost all sources indicate that it is around 500 acres of land. With so much space, it seems like it may be nearly impossible to study every inch.

Robert Bigelow is a billionaire with a major interest in UFOs. In 1995, he founded National Institute for Discovery Science with the intention of conducting UFO research. A year later he purchased Skinwalker Ranch for $200,000. Bigelow did several studies and experiments when he owned the property. He eventually sold the ranch in 2016.

The most common opinion of Skinwalker Ranch is that is has been visited by UFOs. However, others believe that there may be another force in the works. Some think that demonic spirits are actually the culprit of the strange occurrences at the ranch.Â  Hopefully this is an angle The Secret of Skinwalker Ranch will dive into as well.

In preparation for the premiere of The Secret of Skinwalker Ranch, History uploaded a 12 hour hot spot live steam of the property to YouTube. In less than 10 hours, the video racked up over 132,000 views. Many people who have viewed the stream shared their ideas the theories surrounding Skinwalker Ranch. One user shared that he believes the property is a portal for beings to travel between dimensions.

Skinwalker Ranch is also known as UFO Alley. The numerous alleged incidents at the ranch have definitely more than earned it the name. Skinwalker Ranch’s head of security said “Whatever the thing on this ranch is, it can drain your phone battery in a second, give people radiation burns, and generate insane levels of electromagnetic frequencies.”