Home
Movies
Should Sense8 Be Turned Into a Feature Film? 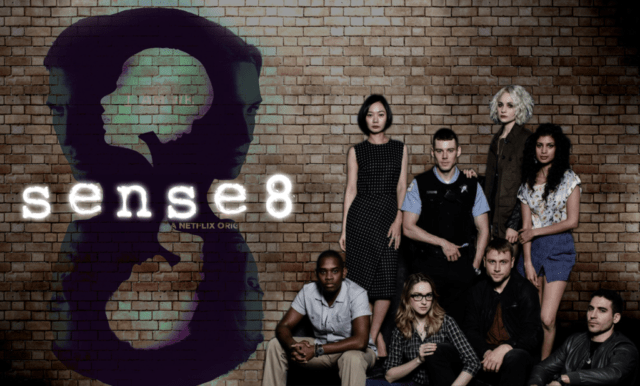 Every now and then when a favorite show comes along fans flock to it without question and are drawn to each coming episode in a way that likens them to moths circling towards a flame. And just like those ill-fated moths, Sense8 became a very real obsession that left them devastated when it was cancelled after season 2 due to what Netflix execs describe as budget issues. Seriously, it cost around $9 million to film the show in nine different countries.

The LGBTI community was outraged considering that this show has depicted a very diverse case of LGBTI characters. While it’s not truly believed that the show was cancelled for anything other than budget issues and lack of revenue, a host of passionate fan mail has managed to create a small miracle for the show. As of next year, Sense8 will be coming back for a 2-hour long finale episode. But will that give fans what they want?

Here are a few reasons why Sense8 would make such a great movie.

It has a very detail-oriented story line.

There is a wellspring of background in Sense8, and it helps to greatly flesh out the characters and give them their own distinct personalities. Many movies that feature such a wide range between their characters often suffer from too much space between the characters and not enough connection. In Sense8 this is not a problem considering how the characters communicate and bond with one another on such an intimate level. The details that go into their link could be explored in a very succinct and masterful way if the film was given to the right director.

The idea of the sensates is one that has not been fully realized in film.

There are always films that tease connections between people, but almost never on this level or with this type of attention to the finer points of science fiction. Many films have indeed tried to come up with an idea like this, but with this series the idea has truly come to life and taken on a life of its own that has meaning and purpose behind it. Fans were right to clamor for a more fitting conclusion to this story, and deserve a chance to see it on the big screen where it could thrive.

The actors would be able to make the transition from Netflix to the big screen.

As it’s already been seen the actors in Sense8 are highly skilled and have a definite chemistry with one another. There would be absolutely no need to split them up if a director really wanted to have a successful and engaging film. Far too often the movie adaptations of smaller series suffer because their main characters are replaced and the roles are given to those that do not know the source material as well nor the roles. With Sense8 it would be absolutely necessary to find a way to obtain the original actors and give them the same consideration on a big screen adaptation as has been given to them throughout the series.

Sense8 could be a very big hit if it was done correctly and focused on the source material. Given that fans have raised such an outcry to bring it back, it’s fair to say that it would be a popular film no matter how it was rated by critics.