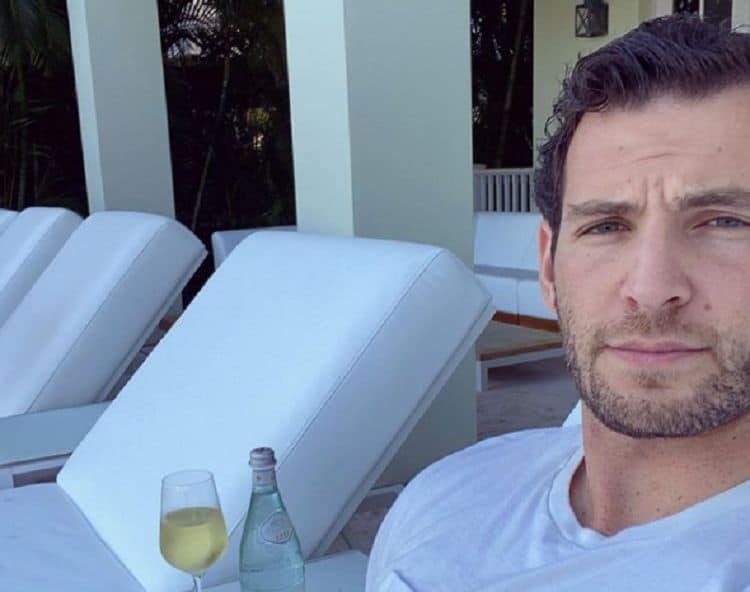 It goes without saying that there are certain names in the entertainment industry that get more attention than others. Still, there are plenty of very talented people who don’t always get the credit they deserve. Sergio Rizzuto is one of them. While he may not be a household name, he has worked very hard to establish himself in the industry. Since making his on-screen debut in 2017, he has already earned more than a dozen acting credits and he’s nowhere near finished yet. He has a handful of projects in the works and he’s excited to continue sharing his amazing talent with the world. Continue reading to learn 10 things you didn’t know about Sergio Rizzuto.

1. He Went To Villanova

Sergio’s road to getting into entertainment definitely wasn’t a straight shot. Initially, he was on a much more traditional path that included a college education. He told Film Daily, ” I studied marketing at Villanova School of Business. And by studied, I mean I attended VSB. I probably graduated with the lowest GPA of any student if we’re being honest. I didn’t find it very interesting so I didn’t apply myself until they told me my last semester I needed a 2.0 to graduate and I had a 1.8.”

It’s not uncommon for actors to have worked a series of odd jobs before their careers take off. However, before he got into acting he wasn’t just working any ole’ job. He started several businesses including opening a cafe, starting a clothing line, creating an app, and building a social media page based on memes.

3. He Has Lots Of Behind-The-Scenes Experience

Not only is Sergio interested in being in front of the camera, but he also loves telling stories from the other side. In fact, he has more credits behind the camera than he does from the other side. Sergio has experience writing, directing, producing, composing, and doing cinematography. Over time, he may decide to shift his focus to just one area.

Acting isn’t the only area of the arts that Sergio is interested in. He also loves music and plays the guitar, mandolin, and ukulele. He is also self-taught on the piano. Although it doesn’t appear that he’s ever pursued music as anything more than a hobby, he loves playing as often as he can.

There are probably people all over the world who would love to slide into Sergio’s DMs and shoot their shot. However, they might want to think twice because Sergio is already spoken for. He is in a relationship with a woman named Bianca Kmiec who has a very large following on social media. It’s unclear how long they’ve been together, but they seem to be going strong.

Photography is yet another area of the arts that really interests Sergio. In his free time, Sergio really enjoys taking pictures and he is a natural when it comes to knowing exactly what kinds of moments to capture. He even has an entire highlight section on his Instagram profile dedicated to photography.

7. He’s Serious About Staying In Shape

When you spend as much time in front of the camera as Sergio does, looking your best is usually pretty high on your priority list. Staying in great shape is very important to Sergio and he makes it a point to exercise on a regular basis. On top of going to the gym, Sergio also likes to do things such as kickboxing.

Do you have a cool talent that also doubles as a great conversation starter? Sergio Rizzuto definitely does. He can solve a Rubik’s Cube in just 27 seconds. If you’ve ever attempted to solve one of those things, you know just how impressive that is. Unfortunately, we weren’t able to find any footage of him in action.

9. He Loves To Travel

Sergio is the kind of person who is always down for a good adventure and traveling is one of the best adventures a person could have. Over the years, he has gotten the chance to travel all over the United States and throughout other parts of the world. Some of the countries he’s been to are Iceland, France, and Anguilla.

We don’t know much about Sergio’s upbringing (other than he seems to be from New Jersey), but his Instagram profile makes it very clear that family is one of the most important things in his life. While he doesn’t have any children of his own, he’s a very proud uncle and he loves spending time with his loved ones whenever he can.