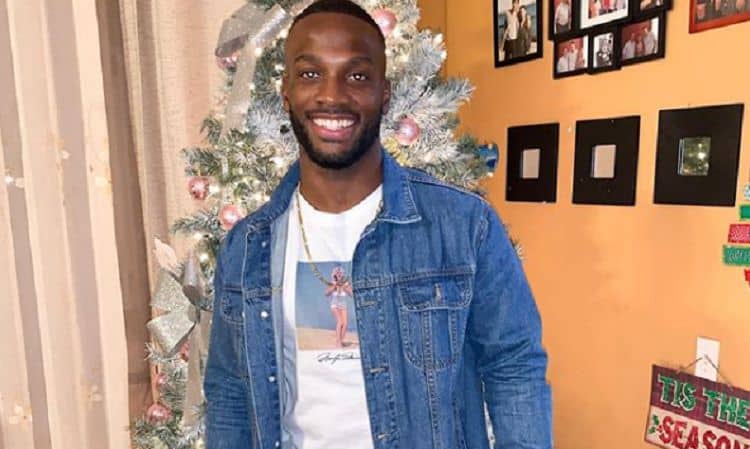 Being cast on a reality dating show is one of the quickest ways to become an Internet celebrity. Thanks to Netflix’s upcoming show, Too Hot to Handle, Sharron Townsend is about to learn this firsthand. As a cast member on the show, Sharron will head to a beautiful island in search of love. However, what he doesn’t know ahead of time is that he won’t be able to be physically intimate with any cast members while on the show. Watching Sharron and his cast mates navigate the rules of the show are sure to be entertaining. Keep reading for 10 things you didn’t know about Sharron Townsend.

Too Hot to Handle features a diverse cast with people from the United States and the United Kingdom. Sharron Townsend is one of the show’s American cast members. He was born and raised in Camden, New Jersey which is just a short drive from Philadelphia. However, he eventually relocated to Hershey, PA where he attended high school.

2. He’s Been On Reality TV Before

Sharron’s time on Too Hot to Handle won’t be his first time appearing on reality TV. He was in an episode of the MTV show, Undressed, in 2017. On the show, two strangers would agree to go on a blind date, ask each other personal questions, and get undressed.

It’s unclear whether or not Sharron Townsend has any official acting credits yet, but judging by an old video on his YouTube channel, he definitely has acting aspirations. Appearing on realty TV isn’t neccesarily acting, but it can be a great way for people to get their foot in the door. Hopefully Sharron will be able to use his reality TV fame to help build an acting career.

4. He Was A Wrestler

Sharron was a talented wrestler who competed in high school and college. He was a member of the varsity wrestling team all four years of high school. Sharron ended his high school career with 112 wins and became only the third person in Pennsylvania history to earn 100 wins. He competed on the Franklin and Marshall College wrestling team during the 2014-15 season and ended with a record of 7-7. During an interview with Her Campus, Sharron shared how wrestling has changed his life: “Wrestling has helped me to become a better man. Wrestling has taught me persistence, hard work, and accountability.”

In 2018, Sharron Townson won Mr. Pennsylvania United States. According to the pageant’s website, “The Mr. United States Pageant has branded itself as the competition in search of The Nation’s Gentleman. Teens and adult males from all over the country have the opportunity to compete for the coveted title that offers an endless spectrum of opportunities. ”

Sharron Townsend is an entertainer at heart. He has released his own music on SoundCloud. He also participated in the “So Gone Challenge” which involved people rapping over the beat of Monica’s 2003 single, “So Gone”. Sharron hasn’t released any new music in a few years.

7. All American Is One Of His Favorite Shows

Social distancing has resulted in most people using their time at home to catch up on movies and shows. One of the show’s Sharron Townsend has fallen in love with is All American. The show, which airs on The CW, tells the story of a high school football player named Spencer James.

8. He Applied For American Ninja Warrior

American Ninja Warrior is one of the most popular competition shows on TV. Contestants go through a series of obstacles to win a million dollar cash prize. Sharron Townsend applied to be a competitor on the show in 2017, although it doesn’t appear that he was chosen to compete.

9. He Majored In Economics

According to his bio on the Franklin and Marshall College wrestling page, Sharron majored in economics while in college. He completed his degree in 2016. However, it doesn’t look like he’s updated his LinkedIn page since finishing school.Â  It appears that Sharron may be taking a break from the traditional working world to pursue his career as a model and entertainer.

10. He Was The Vice President Of The National Honor Society

Sharron’s focus wasn’t just on sports during high school. He was also focused on getting good grades. According to his wrestling bio, he was the president of his school’s National Honor Society. To be accepted in The NHS students must have and maintain a minimum GPA of 3.5 on a 4.0 scale.