Home
Movies
Where Is The ‘Shawshank Redemption’ Cast Today? 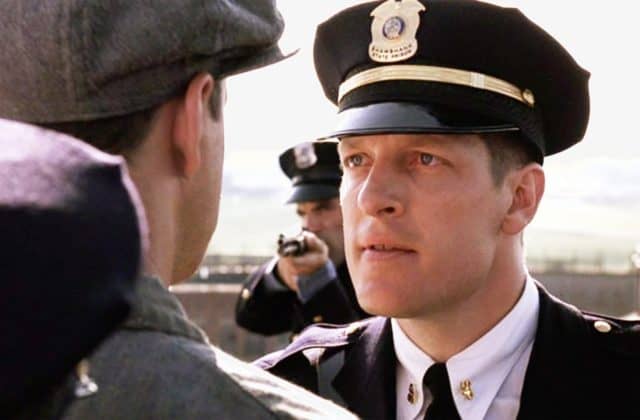 The ‘Shawshank Redemption‘, just like many other films that have been made throughout the years, has stood the test of time, proving to become a classic in its own right. The Steven King novel turned film has reached a number of fans far and wide, and also played to the careers of many great and talented actors in the industry as well. Since it has been over twenty years since the initial release of the film, many wonder what the cast of the famed movie has been up to in the days since. Well, look no further, as we are providing you with an update on many of the actors that starred in the ‘Shawshank Redemption’. Let’s get started.

The actor, who had the starring role in the 1994 film, has continued to play in several main and supporting roles since his time working on the ‘Shawshank Redemption”. His latest project that he has been a part of is the HBO series ‘Here and Now’, where he stars alongside Holly Hunter. Robbins was also in a relationship with Susan Sarandon from 1988 to 2009, and they have two children together. He currently resides in New York.

It is pretty clear that Morgan Freeman has continued to prosper in the entertainment industry since his work in the ‘Shawshank Redemption’. Snagging supporting and main roles in a number of blockbuster hits, including the ‘Dark Knight’ trilogy of films, he has had what many consider one of the most successful careers thus far. Freeman has properties both in Mississippi as well as New York City, and he is also divorced from his second marriage; He also has four children from different relationships. Fun Fact: Freeman also has his pilot license, which he received when he was 65 years old.

The now 72 year old actor starred as the warden in the ‘Shawshank Redemption’, and since then, he has had numerous projects on the big screen, silver screen, and on stage as well. Although he hasn’t had many projects since 2015, he has lent his voice to a series entitled ‘The Gettysburg Address’. Gunton has been married to his wife, Carey Gunton, since 2006.

William Sadler had a supporting role in the ‘Shawshank Redemption’, and he has certainly had quite a career since the 1994 film. Since then, he has had other supporting roles in films such as ‘Die Hard 2’, ‘The Pacific’, and several others. He is also currently working on other projects, including a film entitled ‘The Highwaymen’, which is currently in production. He has been married to his wife, Marni, since 1977, and they also have one child together.

Since his time starring in a supporting role on the 1994 film, actor Clancy Brown has continued to make a name for himself in the industry. He has continued to lend his talents to many supporting roles throughout his career, including his most recent role in the film ‘Thor: Ragnarok‘. He is also working on both film and television projects for the coming year(s), including a film entitled ‘Supercon’. Brown has been with his wife, Jeanne Johnson, since 1993, and the couple also has two children together (a son and a daughter).

‘The Shawshank Redemption’ was actually the first role for Gil Bellows, and since that time, he has had a prosperous career, especially on television. His latest series was on the USA network, and was entitled ‘Eyewitness’. Bellows is married to actress Rya Kihlstedt, and the couple has two children together as well.

Although this isn’t the entire cast, by any means, we can see that these actors have had a great deal of success since their time starring in the classic 1994 film. If you would like to find out more information about ‘The Shawshank Redemption’, or about any of the actors that we have listed, you can find everything you want to know online.