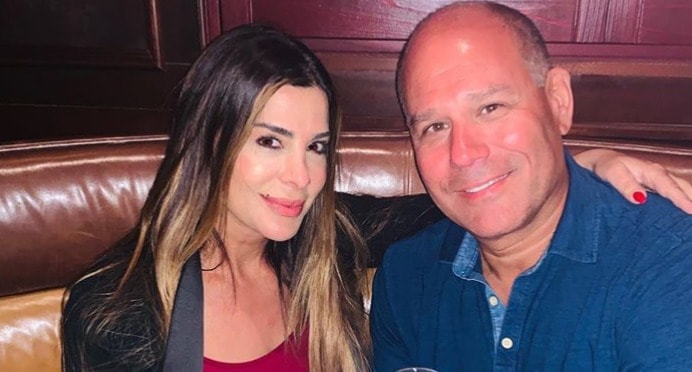 Born as Sigalit Paldiel in Israel on June 1, 1967, Siggy Flicker is a television personality, relationship specialist, matchmaker, and author. She is best known for being one of the main cast members in the Real Housewives of New Jersey in the seventh and eighth seasons of the reality series. She did not return for seasons nine and ten. Although she is known to viewers of this series, there are many things that people do not know about this woman. Here are 10 interesting facts about Siggy Flicker.

Before she became famous, Siggy Flicker worked hard to get a good education so that she had greater potential for a good career. She attended Monmouth University and earned a Bachelor of Arts degree in communications. Unlike many students who had scholarships or financial support from their parents, Siggy had to put herself through her degree and she worked as a waitress at TGI Friday’s to support herself.

2. She Had Her Own Matchmaking Series

Although she is best known for appearing on The Real Housewives of New Jersey, this was not the first time that Siggy Flicker had appeared on television. She first appeared on television in 2011 when she starred in her own matchmaking series called ‘Why Am I Still Single?’. This series was aired on VH1, and it involved Flicker sending one of her recruiters on a date with a client, without telling the client who they were dating. Flicker secretly watched the date so that she could assess her client’s dating issues. She has also appeared as a guest on shows such as ‘Dr. Phil’, ‘Good Morning America’, and ‘The Wendy Williams Show’.

3. Flicker Has Written a Self Help Book

As an expert in relationships with many years of experience in matchmaking, Siggy Flicker wrote a self-help book that was published in 2011. The title of her book is ‘Write Your Own Fairy Tale: The New Rules for Dating, Relationships, and Finding Love on Your Own Terms’.

4. She Has Been Married Twice

Siggy Flicker has been married twice. Her first husband was Mark Flicker and they married in 1997. They have one son and one daughter together. After her divorce in 2007, she met Michael Campanella, a successful car dealer. The couple married in 2012, and live together with Siggy’s son and daughter and Michael’s two children from a previous relationship.

5. She Found Her Ex-Husband a New Wife

Unlike many people who have gone through a divorce, Siggy Flicker and her ex-husband have remained good friends. She even acted as his matchmaker to find him his second wife. Her husband is now happily remarried and has a son with his second wife. His new wife and Siggy are such good friends that Siggy even threw her ex’s new wife a baby shower. Both Siggy’s husbands are also good friends, and when she remarried, her second husband asked her ex to act as his best man.

6. Flicker Has Had Plastic Surgery

According to Fame 10, Siggy Flicker has made no secret of having undergone plastic surgery. When she first appeared in The Real Housewives of New Jersey, she still had bandages on her face as she was recovering from a facelift. In an interview, she revealed that she had breast implants and then later had them removed. Flicker has also admitted to using Botox in the past.

7. She Has a Humble Background

Despite being wealthy and living a very comfortable life in a luxurious property in Tenafly, New Jersey, things have not always been so good for Siggy Flicker. She was born in Israel and her mother went into labor in a bomb shelter during the Six-Day War. Her family moved to the United States when she was a child, and they were not an affluent family. They could not even afford to support Siggy through her education. Her life has changed significantly since her childhood.

8. Her Father is a Key Note Speaker for the United Nations

Siggy is a well-known figure in the New Jersey area, but so is her father for different reasons. Her father, Mordecai Paldiel was born in Belgium and then fled to France as a child during the Second World War as he was a Jew who was forced to flee from Nazis. He and his family were taken in by a Catholic priest who helped the family make their way to Switzerland, which was a neutral country. As an adult, her father has become a Holocaust scholar, and this has led to him becoming a key note speaker for the United Nations. Siggy is proud of both her father and her Israeli heritage.

Although she comes from humble beginnings, Siggy Flicker has worked hard and earned a lot of money in several industries, including her television appearances. This means that she is now a wealthy woman. According to Celebrity Net Worth, Siggy Fisher now has a net worth of $4 million. As she is continuing to raise her profile, she has the potential to earn more money in the future.

Siggy Flicker is a regular user of social media, and she now has a strong following. Currently, her Instagram account has 463k followers. On her account, she posts photographs of both her working and personal life. Followers will see photographs of her having a good time with her friends and family, along with photographs of events she has attended that relate to her work. She also has a Twitter account that has 78.7 thousand followers. Like Instagram, she uses her Twitter account to update her followers about her personal and professional life. She also posts about Israeli issues.