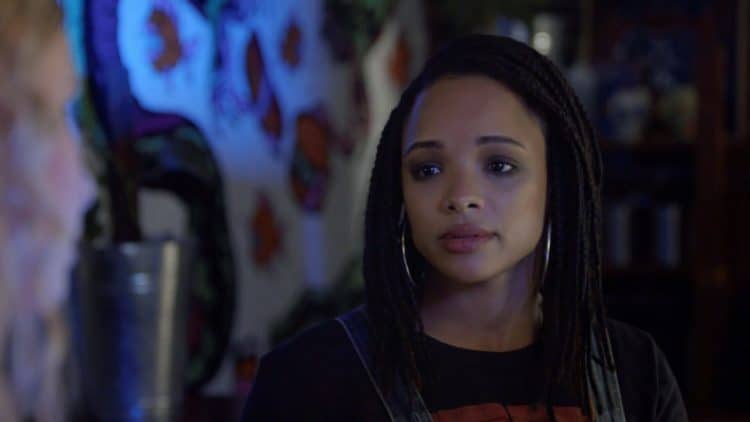 Whether you know about Sisi Stringer at this time or not is kind of irrelevant since she is on her way up and she is primed to star in what could be one of the biggest movies of 2021. That seems like a rather bold statement to make, but fans have been waiting for a Mortal Kombat movie that could top those we’ve already seen for years and it would seem that someone is finally ready to give it to them. While Sisi might not be really well known a role in this movie and a couple of others could help her career to build and to become something that people will look at and begin to respect since it takes more than a pretty face and acting talent to really get by in show business. If a person wants to advance they’ve got to win over the audience, much as ancient gladiators did in Rome. Win the crowd and you’ve it made. Hopefully Sisi will be able to do this.

Here are a few things about Sisi you might not have known.

10. Her social media is still building at this time.

Being fairly new to the business you can’t help but think that her numbers are going to need time to grow since her social media following hasn’t really taken off yet. That could be because she’s not that big of a name and as a result people aren’t really aware of her enough to start following her just yet.

9. She hasn’t been on the scene for that long.

It looks like her big debut came in 2018 so to be honest she’s got a lot of ground to cover and a lot of people to win over. The one great thing about show business is also one of the hardest to overcome. There are a lot of actors and a lot of movies out there for people to watch, so getting fans to watch your material is something that an actor can only hope for even when they do their best.

8. She is going to be playing the part of Mileena in the upcoming Mortal Kombat reboot.

Kevin Burwick from MovieWeb and a lot of people have to be excited that the cast of the next Mortal Kombat is already shaping up. Sisi will be playing the deranged and psychotic sibling of Kitana, the hybrid Tarkatan, Mileena.

7. There’s not a lot of information on her online.

So far there really isn’t a lot to tell about Sisi since there’s not even bare bones on her when it comes to information. As time goes by no doubt more will show up and we’ll get to know her a little better, but until then a lot of what we know is based on what she’s done so far.

6. Some folks think she would be a better Jade than Mileena.

Those that think she’d better off as Jade, Kitana’s friend and one of the protagonists of the story, do have a point, but it seems as though Sisi could play either one and be just as effective. It will be interesting to see who rounds out the cast though.

5. This will be the first R-rated Mortal Kombat movie to hit theaters.

The last two movies were, without any argument, monumental flops even though people were in some way happy to see one of their favorite games adapted to the big screen. The Mileena that was revealed in Annihilation was pretty disappointing, so hopefully Sisi can restore our faith in the psychotic, face-munching warrior.

4. One has to wonder if Stringer has any martial arts background.

As much of a berserker as she is, Mileena is a character that still has a fairly wide arsenal when it comes to her martial arts skills and is very athletic. One has to wonder if Sisi is going to be able to perform any of these moves or if she’ll be using a body double for much of the time.

3. She seems to be an upcoming star that could hit it big.

Given how many characters there are in Mortal Kombat it’s hard to think of just how much screen time her character will get, but if she performs the role accurately it could get her a lot of notice since the part of Mileena is one that’s been lacking in the movies.

2. It would appear that she is a music lover.

This seems rather universal when it comes to a lot of people since music is a part of life that a lot of folks would rather no do without since it has such varied effects on so many.

1. This will be her second movie thus far.

In terms of becoming a known individual she has a ways to go but at the same time she’s on the right track and will likely be better known in a short while.

Bringing Mileena back to MK sounds like a great idea.