Home
Video Games
Skyrim is Getting a Board Game: Here’s What We Know 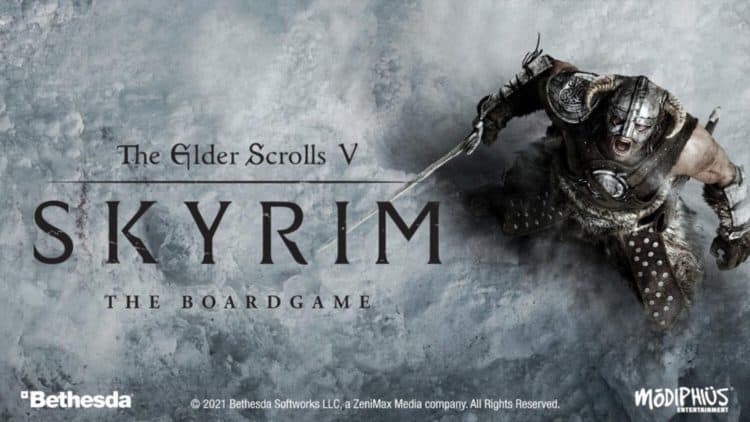 It’s slightly irritating to know that there’s a board game coming out based on one of the most popular video games made in the past decade or so, but it’s bound to happen that more details will be forthcoming eventually since the big ‘wow’ factor will have settled in eventually and those that are waiting for more will be given time to wonder at just how this game will work. It’s a good bet that some fans of the Skyrim game will have already started to make guesses since the actual gameplay is bound to be wrapped up within the game and will seek to give as impressive of an experience as the video game has. So far all that’s really known, apart from the fact that the game is coming, is that it will be made for 1-4 players, which is odd since anyone playing a board game by themselves is a strange prospect. There are bound to be more details coming out soon about the game, since despite needing a while to develop, edit, finish, and market, a board game isn’t bound to take nearly as long as a video game, but the hope is that things will be fun for those that decide to play.

There are a lot of different ways that this game could play out, but it does feel as though it will involve dice, cards, and possibly be a little difficult for newcomers that have never played before. The video game, which is one of the most popular out there at the moment, is tough enough to get the hang of until one follows the tutorials, but it’s still rough going for beginners all the same. It’s likely that the board game will be something else to get used to, but seasoned players will no doubt get the hang of it that much quicker than many others. For some, it might even become a collector’s item since it’s easy to believe that many people that enjoy the game and are hooked on the idea of it have taken to collecting various other things that have to do with Skyrim. If that sounds a bit nuts then keep in mind what goes on at comic conventions and the fact that some folks have entire homes decked out in pop culture items that they find appealing. It’s a big business after all, and a lot of folks are more than happy to buy into it since such things keep them comfortable and at times are comforting since they offer a level of escapism that a lot of people enjoy.

It’s bound to happen that this news will get people thinking and trying to figure out exactly what’s coming, but until we get more information it’s going to be something that will be mostly rumor and conjecture until more detail are released. For the average fan of various pop culture, this is bound to be one mention out of many that might be interesting enough to top and read about, but for the fans of the game, it’s going to be something that they’ll be taking quite serious until it finally comes out that the game will be released soon. It’s very easy to get into fantasy games of all types once one figures what they’re all about and how to play them, but otherwise, the interest might be very shallow and not all that capable of being sustained for more than a few minutes. One reason why some folks are drawn to fantasy games is the artwork that goes with them since the visuals that are provided are enticing and hint at a story that might be of great interest to many people that appreciate the sights and could possibly be enticed to care about what the overall experience has to offer. Skyrim has been one of the most prominent games that have crossed from one platform to another over the years and have managed to change and adapt to the needs and desires of the fans enough to create a world scape that has become more than interesting enough to take a look at and possibly step into.

A board game is going to be kind of a leap from the gaming experience, especially since things are no doubt going to be a bit slower when it comes to actual gameplay. But the thing about this is that it might cater to those that enjoy a slower pace and the time to think and plot out what they want to do. The gaming experience on a console isn’t too different when it comes to giving a person time to do what they want and customize their character, but the differing experiences still manage to appeal to various individuals that are into one style or another. Eventually we’ll learn more about this game, but until then it’s fair to say that the game might be more than a little interesting.