Home
Movies
Sleepless In Seattle: A Gothic Tale of Romance, But Not Love 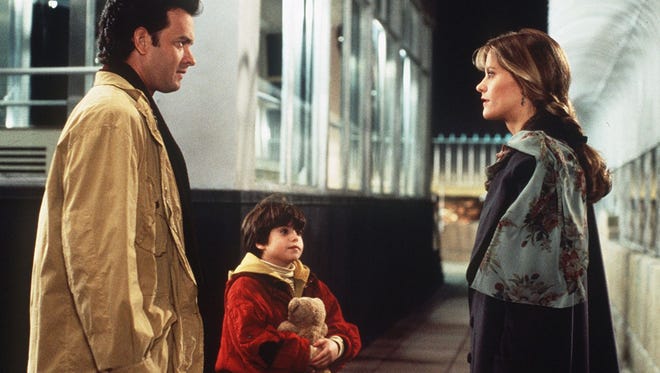 Romantic comedies present themselves as meditations on the nature of romantic love, carried along by, or at least punctuated by, jokes. The better rom-coms connect the romance to the comedy by showing situations where the thoughts and activities of love are, when viewed through a certain lens, or even just viewed from the outside, inherently funny. This is a key part of the genre’s analysis of love: showing us which aspects are funny, thereby offering us new perspectives on our own romantic habits.

Sleepless in Seattle, released in 1993 just as the 90s rom-com boom was peaking is regarded as a stereotypical example of the genre, combining lush emotions with well-executed humor by some of the era’s best film comedians. The script contains many of Nora Ephron’s now-recognizable hallmarks such as painfully cute conveniences and contrivances, which bothered the critics at the time, but which perfectly serve the Ephronian picture of human love, which is of a realm of human endeavour that lies outside logic and rationality, the fact of which entices or repels the characters in the story depending on where they are in the plot.

But Sleepless is not about love. It features love; it is a frequent topic of dialogue. But the film’s central plot, of widower Seattlite Sam and confused Baltimorean Annie gradually finding each other in New York City, does not have romantic love as its primary motivation.

The primary motivation of all of the action, plot points, crises, and decisions by the characters, is death. This is a story about grief, about a crushed child unwilling to see his father crushed by loneliness as well as grief. It is about a woman who requires the stark focus of grief (someone else’s, not her own) in order to find and honor the unpleasant truths that she knows to be true: Life is very short, and, paradoxically, marriage is very long. In order for marriage to mean anything at all, it must be undertaken with confidence that you bring to it the same values you bring to your life.

The death of Annie’s relationship with Walter, her fiance, is every bit as tragic as the death of Sam’s wife Maggie before the start of the film. Together the two “deaths” form a set of tragic poles around which Sam’s heart traverses during the course of the film. He and his son Jonah, a young boy named after a Biblical drowner who himself dreams of drowning, their lives on their are characterized by death. And yet they are not morose.

Just because Sleepless isn’t about love doesn’t mean it’s not romantic. The romance poets knew that death was at least the equal of love in its ability to evoke the deepest human emotions, and as such this film still technically qualifies as a “romantic” comedy, just not how the word is typically defined. The fun that we see Sam and Jonah having with each other is “romantic” in its aura of tragic sweetness, their lives lived not in ignorance of death, quite the opposite, in direct, knowing defiance of it.

Which is why Annie is so fascinated, observing them from the shadows across the street. She stalks Sam so mercilessly because what he has said on the radio opened the doorway for her to a life, romantic and otherwise, defined by death, not life. Annie’s family and fiance and her adorable work friends, they are dotty but they are fundamentally about life, their collective attitudes and perspectives as bright as the orange on an Orioles cap. Never has she had cause to seriously ponder the perspective of someone like Sam who has known death, who willingly moves from the skin-splitting cold of Chicago to the bitter gray rain of Seattle for the purposes of properly serving his and his son’s grieving process. Sam’s is an alien point-of-view, but Annie recognizes it as one that will complete her in a way that perpetuating her current pattern by marrying Walter will not.

So why is this film’s reputation so conventional and saccharine? I lay the blame on the soundtrack. It’s the soundtrack that’s conventional and saccharine, classic jazz love ballads crooned by Harry Connick, Jr. and Jimmy Durante and Nat King Cole, tunes specifically engineered by Hollywood scientists to coat the bitter pill of this gothic “love” story with enough sweetness to delude an entire generation of filmgoers into thinking this movie is about a man and a woman falling in love.

If you were to remove the soundtrack, or replace it with, say, a solo cello, the true, dark, beautiful-dark nature of this story would be revealed. Sam and Annie are not destined for any great historical romance. Their chemistry on the top of the Empire State Building is a unique and beautiful thing, but their paths crossing is a not some symptom of their inevitable romantic compatibility but rather an astronomically improbable combination of coincidence and hysterical behavior by Annie and Sam’s son Jonah.

This hysteria is a direct result of Maggie’s death. The initial connection between Jonah and Annie is made eighteen months after Maggie’s passing, when Jonah calls Dr. Marcia’s radio show for the first time.

On that note, please allow me to quote from the DSM-V’s entry for “Adjustment Disorder, Related to Bereavement”:

“For at least 12 months following the death of a close relative or friend, the individual experiences on more days than not intense yearning/longing for the deceased, intense sorrow and emotional pain, or preoccupation with the deceased or the circumstances of the death. The person may also display difficulty accepting the death, intense anger over the loss, a diminished sense of self, a feeling that life is empty, or difficulty planning for the future or engaging in activities or relationships. Mourning shows substantial cultural variation: the bereavement reaction must be out of proportion or inconsistent with cultural or religious norms.”

The death of Sam’s wife Maggie is such a profound event that it disrupts the psychological well-being of people on both sides of the country and generates a grief-coping virus that is transmittable over the radio.

Now, that’s romantic, to ponder what must the nature of the human soul be to fall victim to such a terrible malady, to see how death robs from us, ends relationships and ruins lives unrelated to the dead person, strips people bare and forces them to grow new flesh and new lives.

But honestly, it is probably not because of who Maggie was as a person. She is a MacGuffin; we know very little about her as a character and we don’t need to. It is not Maggie’s death that we are mourning but rather her loving bond with Sam and Jonah that, regardless of the love still held by the living, does not exist in its proper form anymore.

So maybe this film is about love after all, not Sam and Annie’s but Sam, Jonah, and Maggie’s, a love that burned bright and was snuffed out. Whatever Sam and Annie end up feeling for each other is, at best, incidental. 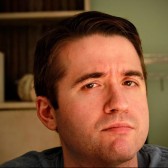 Douglas Van Hollen is a fiction writer and contributor to the Flickchart.com blog. He loves his wife, wine, and krav maga, sometimes even in that order. He lives in Connecticut.