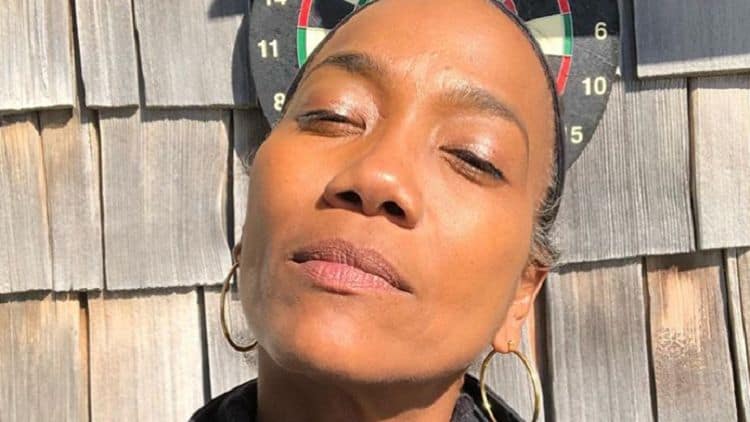 It’s amazing how little we really think about some celebrities until we’re introduced to them in one way or another, but it’s not too surprising to think that we don’t think much of them if we don’t watch their shows or movies. Sonja Sohn has been around for a while and a lot of people do know about her so it’s easy to call her a big celebrity, but it’s also easy to see how one moment in time can make her even bigger since at this moment it seems to be what’s really propelled her to the top of the newscasts when her name is mentioned. Accomplishments that are felt and achieved by celebrities are great, but drama and negative aspects of one’s life seem to be what draw a lot more people since for some reason it seems to be what folks want to see. Sonja has accomplished great things in her career, but it’s not too hard to see that one misstep is enough to keep her relevant at this point.

Here are a few things you might not have known about Sonja.

From a simple perspective a slam poet is someone that will get up speak written poetry to those that are willing to listen. Sonja did this for a while until she was noticed and asked to star in a movie that was title Slam, interestingly enough.

9. During her time on The Wire she almost quit.

It sounds as though she grew incredibly frustrated at one point since she was forgetting her lines and couldn’t help but get flustered now and again. Something seems to indicate that a lot of actors have gone through this, but many of them simply stick it out and make it work. That seems to be what Sonja did as she stayed on The Wire for a while.

This seems to be a natural progression for many actors to make their way from the front of the camera to sitting behind it. In a big way it makes sense considering that they’ve experienced one side, so trying to see what it’s like on the other side would only be normal.

7. She’s been involved in political activism.

Some people might say that actors and directors should stick to what they’re doing and not bother with politics. This would be a valid point save for the thought that some people might actually know what they’re talking about and could be a reasonable voice on the podium. It’s a very subjective matter to be honest.

6. Sonja has won a few awards in her time.

She has more nominations than wins but it does indicate that what she’s done in the past has been noted and that people have responded in a big way by showing that she’s worth the recognition and the praise that comes with being elevated in such a manner.

5. Apparently her father didn’t approve of her becoming an actress.

This seems to be one of the common themes among actors when it comes to their parents or guardians and what they want for them. While being an actor is in fact a hard job to get into and isn’t as secure as some might think, it’s still a passion that people have to follow and commit to in order to really enjoy and prosper from.

4. She was recently busted for cocaine possession.

This would seem to be the one thing that she’s going to be known for in the days to come, though many will no doubt try to remind others that she has more going for her than this continuous headline that will likely plague her for a while. It does sound as though she already made bail and will have a court hearing eventually, but one has to wonder just why those in Hollywood see this as necessary when there is simply too much to lose if they continue to be careless with a career that has allowed them to reach the kind of lifestyle they want to keep.

It’s kind of easy to see that she’s worth a good chunk of money, but at the same time she hasn’t been quite as influential as others in the business and has maintained a lower profile than others.

2. Her social media presence isn’t all that big.

She does have thousands of followers so one can say with all honesty that she’s active in social media, but at the same time her following is still pretty modest, indicating that she’s popular but not on a massive scale.

Thus far she’s had a very successful career, which is why being busted with cocaine seems like kind of a silly thing to do.

Oh well, people are going to do what they do.