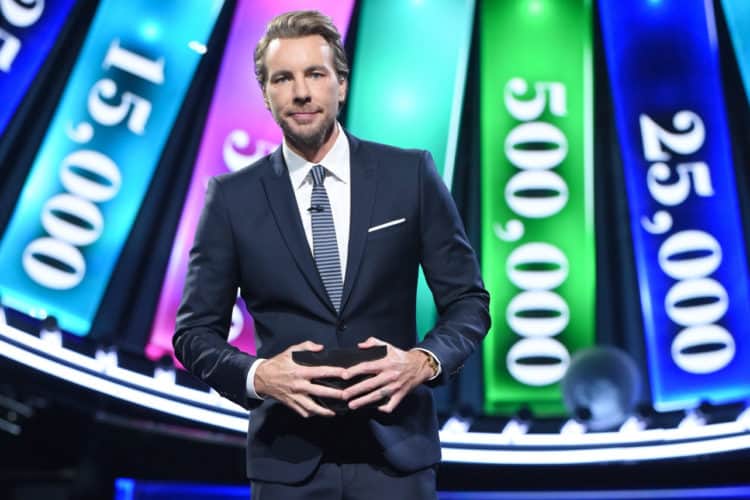 People will do anything for money, and that is what most gambling companies rely on to keep making the huge profits; customers are willing to spare a few dollars to play a game that promises them a chance to win ridiculous amounts of money. “Spin the Wheel” is however different; it does not want you to part with anything to stand a chance to win millions. Instead, all you have to do is spin the wheel and pray that the stars are shining down on you. Let’s take a more in-depth look into this new series through these few facts.

1. It only casts Good Samaritans

Being a good person has its advantages; even dogs get a bone for being good. However, not everyone is cut out to help others because some will turn their backs on those who need help which makes “Spin the Wheel” an appreciative show for all those who are willing to lend a hand to those in need. If the prize money is not good enough to make you want to be a Good Samaritan for a while if not for the rest of your life and probably get noticed by the producers, then probably nothing will ever change your mind. Then again, we do not assist to be noticed, but out of the kindness of our hearts.

2. Contestants can win up to $23 million per episode

Money has always been a good motivator for anyone; that is why, even in the movies, we hear them say that everyone has a price. $23 million is not a little sum for anyone looking to make drastic changes in their lives and the producers know that having the ultimate prize go up to that large amount of cash is an excellent way for rewarding those who have been nice. The host even likes it that he gets to be Willy Wonka.

3. Its host is Dax Shepard

If you ever watched ‘Punk’d” back in 2003 then you can be sure that Dan will be an amazing host of this new show considering that the reality TV show earned him a nomination for Teen Choice award. Dax has the reputation of being a hilarious and charismatic host as Rob Wade, Fox’s President acknowledges.

4. Justin Timberlake is among its executive producer

We all loved N’Sync and crushed on some of the singers, and when Justin Timberlake decided to go solo, we cannot help but love his songs and sing along to them. However, who knew that apart from acting and singing, his creativity goes towards television production? Justin is among the four executive producers who also include Rick Yorn, Johnny Wright, and Andrew Glassman. Andrew and Justin are the two minds behind the original idea. Rick Yorn is a big man in the entertainment industry and reps some of the celebrities including Jennifer Lawrence and Leonardo DiCaprio.

Imagine standing next to a five-foot-tall roulette that weighs 40 tons every day? Well, that is the fear that crept up Dax Shepard’s spine when he said that during the entire time they were filming the show, he had to stand next to the wheel and always was afraid that it would crush him to death. Being the comedian that he is, if it ever happened, Dax thought it would be the most comedic death ever witnessed on television.

When Fox gave the green light to the production of “Spin the Wheel,” there was no specific date forwarded as to when it would air. The only thing we knew for sure was that it would air in the 2018-19 season. Now we have already watched the first episode which premiered on 20th June 2019, and we cannot wait for more episodes to come as it is evident the show will keep us thrilled as we wonder if the contestants will walk away with the millions or quit at hundreds of thousands.

7. Fox gave the show’s production the green light in 2018

Fox is interested in getting more unscripted shows in its portfolios as it looks to become New Fox and “Spin the Wheel” joined other unscripted shows such as “Hell’s Kitchen,” “The four,” “Love Connection” and many more. It was not easy landing the show following a bidding war that involved lots of channels after the format was taken to multiple networks in 2017.

8. It is produced by three media companies

With Andrew Glassman also being an executive producer, it makes sense that his production company, Glassman Media is among the firms that produce “Spin the Wheel.” Moreover, with Justin Timberlake also being the creative and executive producer of the show, it is obvious that his record label also gets to be involved. Tennman Entertainment, an American record label announced in 2007, is a joint venture between Interscope Records and Justin Timberlake. The last production company is LBI, and since it was founded by Rick Yorn, it is no surprise that he also is among the executive producers.

According to Wikipedia, IMG distributes more than 32,000 hours of content that originates from over 200 clients and events to leading global broadcasters every year. Since it is a talent management and global sports company, it has one of the largest sports archives in the world with over 250,000 hours of footage. Consequently, with IMG responsible for distributing “Spin the Wheel” internationally, we can rest assured that it will reach every corner of the globe in the shortest time possible for everyone to get a chance to watch the exciting series.

Spinning the wheel is like playing cards, and as Kenny Rogers says, you have to know when to hold them, when to fold them and when to walk away. The same case applies to the contestants who need to have enough knowledge about the trivia questions asked since wrong answers can have them lose all the money won. Further, they need to strategize on whether the amount they have in hand is worth risking it all with another spin by placing their luck on the wheel and hoping for the best outcome.