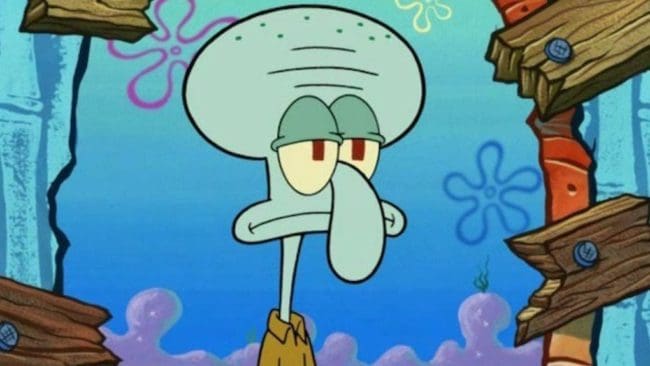 Sometimes, a television series is so popular that it inspires a spin-off; just think of the success of ‘Cheers’ which led to the development of the spin-off series ‘Frasier’, which became an equally popular sitcom. While this example is a sitcom, there are also animated series that have enjoyed huge success and have characters that are worthy of having their own spin-off series. One such series is the popular animated series ‘SpongeBob SquarePants’, which has already inspired a movie with another in development. This series has some fantastic characters that would make a great focus for a spin-off, and it looks like it is finally going to happen.

SpongeBob SquarePants is an animated television series that was first aired in 1999. It was created for Nickelodeon by Stephen Hillenburg, an animator and marine science educator. The series is about the adventures of the title character and his friends who all live in a fictional underwater city called Bikini Bottom. It became a hugely popular animation as the fifth-longest running animated series in America and it has won multiple awards. This popularity also led to it becoming a media franchise. It is Nickelodeon’s highest-rated series and the most distributed property of Viacom Media Network. SpongeBob SquarePants has also been successful commercially as it has generated more than $13 billion in merchandising revenue for Nickelodeon.

The series spawned the film ‘The SpongeBob SquarePants Movie’, which was released in 2004. This was followed by the 2015 fil ‘The SpongeBob Movie: Sponge Out of Water’. It is expected that the third film in the series will be released in 2020, and this is a prequel to the series. The television series was renewed for its thirteenth series in July 2019. According to Distractify, it has recently been announced that a spin-off series is in development. The focus on the new animation series in the character Squidward Tentacles. I some people’s opinion, this spin-off is long overdue as he is one of the best-loved characters, despite his grumpy and cantankerous nature.

Squidward Tentacles is SpongeBob SquarePants’ next-door neighbor in the series. He is also SpongeBob’s co-worker at the Krusty Krab restaurant, where he works as a cashier. His hobbies include playing the clarinet and painting self-portraits. This ill-tempered octopus does not enjoy living between Patrick and SpongeBob because he dislikes their childish behavior and silly antics. Squidward’s home is an Easter Island moai, which is a large, ancient rock carving. Reports suggest that the development of this series is part of a $200 million, multi-year deal that Netflix has signed with Nickelodeon. This deal will allow Netflix subscribers to binge-watch SpongeBob SquarePants along with the new spin-off series.

So, what else is known about the new series so far? In the original series, Squidward Tentacles often shows off his musical talents with his clarinet. It is rumored that the new series is a music-based project, so Squidward playing his clarinet could potentially feature strongly. The style of the music and the extent to which it will feature in the series has not yet been revealed. There are also many other details of the series that have not been revealed. For example, there have been no hints towards the storylines, and it seems that there is no trailer available for this new animation. Similarly, it is unknown whether the series will feature any of the other characters from SpongeBob SquarePants or if new characters are being introduced. This all remains to be seen when the series is released.

In relation to the release date of the Squidward spin-off, neither Netflix or Nickelodeon have yet released this information. It is not even known if they have begun creating the series yet or if it is still at the idea stage. The lack of available information has led to a lot of speculation about the exact nature of the series online, and fans of SpongeBob SquarePants are waiting in eager anticipation to learn more. Hypebae also raises the question of the future relationship between Netflix and Nickelodeon. SpongeBob SquarePants is not the only Nickelodeon show to make its way over to Netflix as there is a handful of other Nickelodeon shows that have done the same.

In turn, this has made people wonder if the new Squidward spin-off is the only spin-off in the pipeline. Netflix subscribers are already questioning whether they can expect spin-offs from their other favorite shows, and even if there are more SpongeBob SquarePants spin-offs in creation. As yet, no information has been revealed about other potential spin-off series. SpongeBob fans are also wondering about the title of the new series. It is possible that like SpongeBob SquarePants, the series will be the title of the main character, which in this case is Squidward Tentacles. On the other hand, Netflix and Nickelodeon may decide to give the series a completely original name.

Another question that it is likely that subscribers are asking is how the show will be received. Following in the shadow of the hugely successful SpongeBob SquarePants series, is it even possible for the spin-off to achieve the same level of success? Of course, the popularity of the character will play a part in this, and Squidward is well-liked by viewers and considered to have great comedic value. However, Squidward’s popularity is not the only factor that will impact on the series. The quality of the writing and the storylines covered will also have an impact on the potential success of the spin-off.

All this remains to be seen and it is unlikely that subscribers will know all the details about the spin-off until closer to the release date, which is currently unknown. Until then, SpongeBob fans will have to satisfy themselves with binge-watching the first 12 seasons of the show. It is likely that they will also get the chance to watch the 13th season before the spin-off is released.